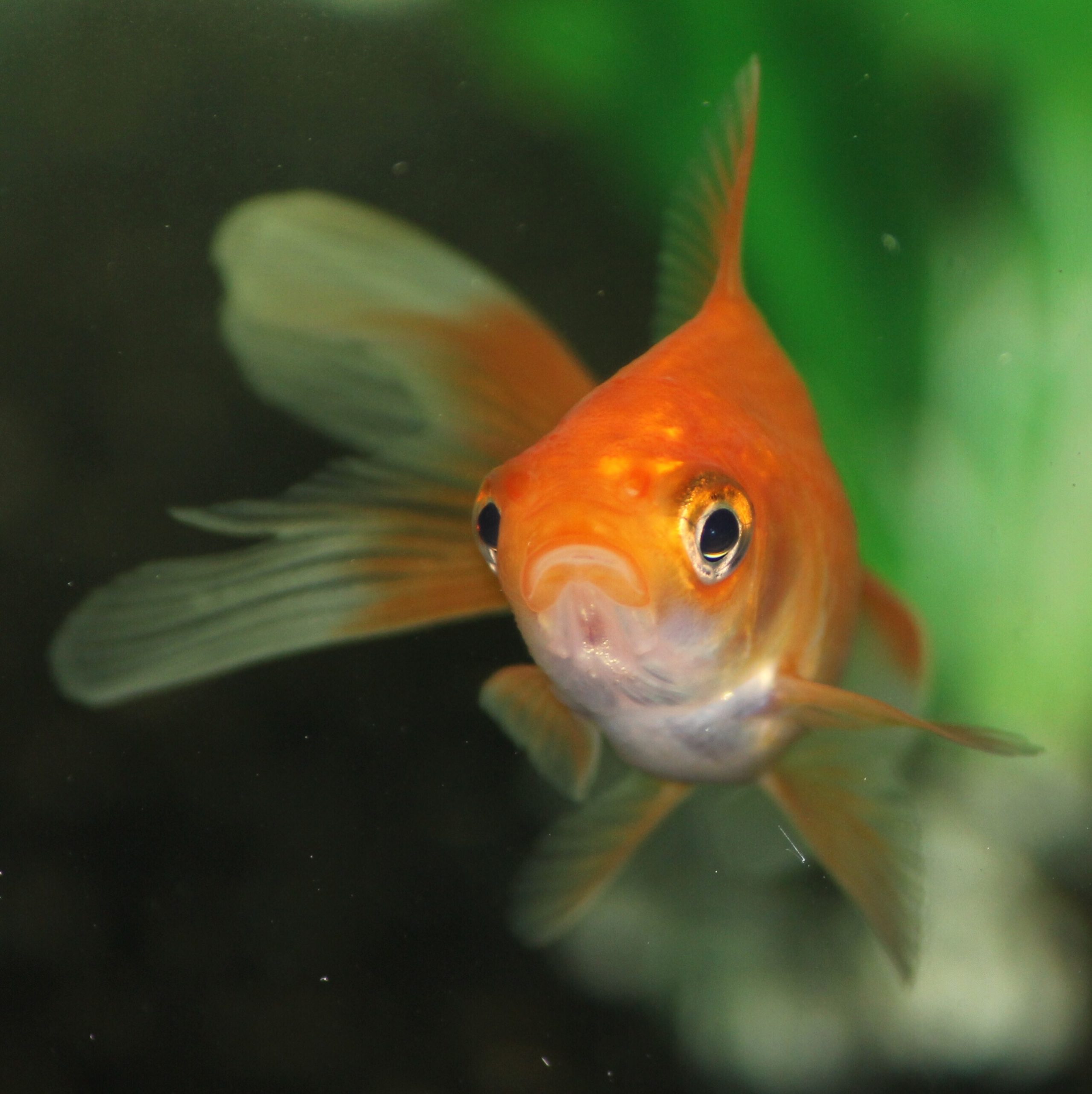 A pet goldfish is something most of us had at least once in our lives, or we know someone who had a goldfish. These fish are really popular as pets and come in many different sizes and shapes. But owning a goldfish is not all fun and easy. Here are reasons, why you should not get a goldfish.

As a whole, goldfish require a big tank, are very sensitive to many factors, and need a lot of maintenance. They need specific water levels that have to be checked regularly, to be able to thrive. They can be very challenging pets, with high maintenance cost which is often underestimated.

Goldfish seem tiny when they are displayed at the pet store. But the goldfish we see in pet stores are babies. They will grow more than most people expect.

But not only the size of the goldfish demands a big aquarium. Goldfish tend to produce a lot of organic waste. This waste contains ammonia, which can become a threat to goldfish if the tank is too small because it can pollute small tanks.

Keep in mind that big tanks can be pricey, but small tanks for goldfish are simply not appropriate.

Goldfish Need a Lot of Air to Breath

Compared to other fish species, goldfish need a lot of air to breathe. The oxygen comes mainly from the surface. Therefore a big surface is needed and the water needs to be moved so that the oxygen is properly distributed. Airstones or pumps are a way to keep the water moving.

If you choose an aquarium you should rather go for a long and wide aquarium, than a tall one. The bigger the surface, the better.

Goldfish produce lots and lots of waste. And the organic waste of a goldfish contains ammonia, which can poison the water and your pet.

Therefore you need a powerful filtration system and for larger tanks several filters. A normal filter is not enough for goldfish.

You should get a filter system for around 6-10 times the size of your actual tank. Otherwise, the filter will not be enough to cope with all the waste a goldfish produces.

Goldfish are Omnivores and can Eat the Decoration

Goldfish eat everything. If you chose to decorate your aquarium with real plants, your goldfish might decide to take some bites from this delicious salad buffet.

They can quickly destroy their environment. This does not happen necessarily but is possible.

Goldfish are Not Easy to Pair With Other Fish

When it comes to choosing a tank mate for your pet, you will notice, that not many fish make good tank mates for a goldfish. They are not necessarily picky in their choice, but the wrong tank mate can lead to either a dead goldfish or a dead (and eaten) tank mate.

Since goldfish need cooler water temperatures to thrive, most tropical fish can’t live in the same tank with them.

Goldfish also tend to eat smaller fish but at the same time cannot defend themselves if a tank mate is aggressive.

When choosing a tank mate, you should make sure that the energy levels of the species are similar. A fancy goldfish could be stressed out but fish with a lot of energy.

It’s a little boring, but the best tank mate for a goldfish is one, that ignores the goldfish and is respectively ignored by the goldfish.

Goldfish are known for their sensitive digestive systems.

They don’t have a real stomach and when they eat, it literally goes through the goldfish and comes out on the other side almost immediately.

Is Owning a Goldfish Cruel?

In general, owning a goldfish is not cruel. But in many circumstances it can be cruel, because there is much misinformation on the web concerning goldfish keeping that can either be inappropriate for a goldfish or even kill them.

The main reasons that make goldfish keeping cruel, are

As you already know, a goldfish needs a big tank filled with conditioned and treated water with good bacteria that can break down ammonia.

If you make sure that your goldfish is kept in a nice tank with the right water levels, feed him regularly, keep him company, and watch him carefully to make sure, he is healthy and happy, then owning a goldfish is far from cruel.