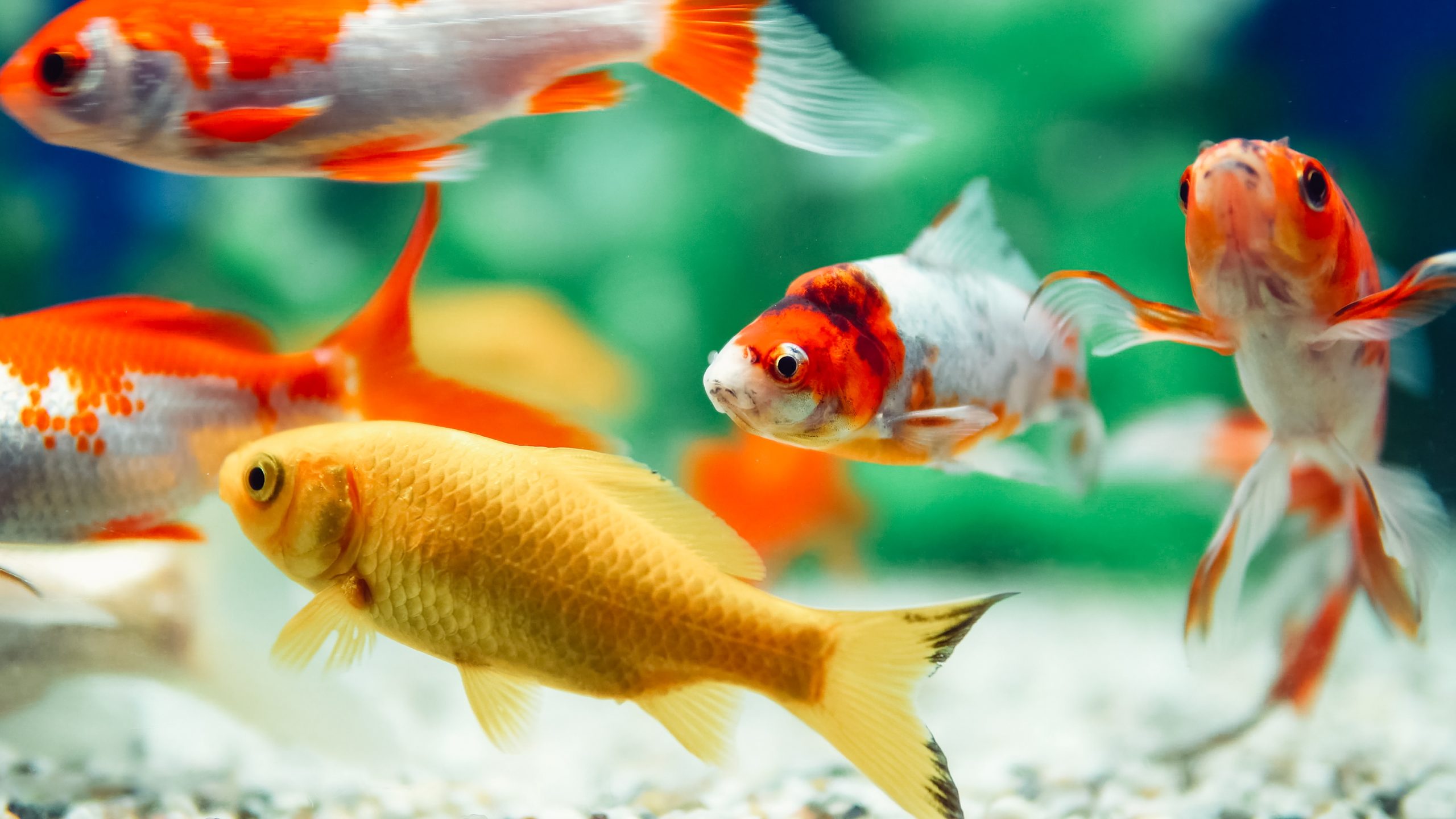 The daily activities of goldfish include swimming, eating, sleeping, and overall enjoying life. Some goldfish do tricks and swim through hoops, eat directly from the hand, or dump tiny balls in tiny basketball hoops. But what if a goldfish starts acting weird and rubs on the gravel? What does that mean?

As a whole, if a goldfish is rubbing on the gravel regularly, it can be a sign of some kind of discomfort. Reasons for the discomfort could be the water. Especially ammonia, nitrate, and chlorine levels, or parasites, bacteria, or infection. The goldfish needs to be watched for any other signs.

What Causes Fish to Rub Against Gravel and Rock

Goldfish like to play and explore during the day. But sometimes they start flicking against a rock or rubbing against gravel.

If goldfish does that once or twice and shows no other sign of distress, there’s usually no need to worry.

But if you see your pet rub against a rock, gravel, or other stuff regularly, or start to behave awkwardly, it could be a sign of discomfort of any kind.

What Could Make Goldfish Feel Stressed?

One of the main reasons for goldfish to be stressed and to show weird behavior is the water levels. These have to be monitored regularly, especially when goldfish show any kind of discomfort.

These are the parameters, you should keep an eye on:

The perfect water temperature for goldfish is between 66 and 74° F. They prefer cooler water. You should avoid putting the tank in a place with direct sunlight, as it can warm up the water which can lead to discomfort for the goldfish and also an excessive growth of algae in the tank.

A high level of ammonia is often a reason for goldfishes stress and even death. Ammonia is highly toxic for goldfish and it would be best to have zero ammonia in your water, but up to 0.25 ppm is tolerable.

Ammonia is a waste product, that goldfish produce. It comes from goldfish poop and let’s be honest: Noone wants to swim in his own poop.

Nitrite is a product resulting from ammonia, once it is broken down by bacteria in the tank. It is less harmful than ammonia but has still a high potential to disturb your goldfish. The level of nitrate should be as close to zero as possible.

Nitrate is the last state of the nitrogen cycle in your tank. After your goldfish’s waste turns into ammonia, the beneficial bacteria convert it to nitrite. After that, the beneficial bacteria convert it to nitrate. Nitrate is way less toxic than ammonia or nitrite and can be tolerated by goldfish. But the level should still be lower than 40 ppm, as it can still become harmful when the concentration is too high.

The pH measures how acidic or alkaline the tank’s water is. 7.0 stands for neutral. Anything between 7.4 and 7.9 is a good pH level for your goldfish.

A low or high pH level indicates issues with the other parameters. If the pH is too low, you should also check the levels for ammonia and nitrite because a low pH could mean that something in your tank is producing a lot of ammonia. Reasons could be rotting fish food or a dead fish.

If the pH is too high it could indicate that something is causing a high concentration of calcium in the water. Crushed stones, corals, or any other decoration could be the cause for the pH level to rise beyond the goldfish’s comfort zone.

Chlorine is a substance that is in all of our tap water. It is there to fight off any bacteria that could harm humans. Unfortunately, goldfish hate chlorine. It burns their gill and mucous coating. Therefore chlorine has to be neutralized e.g. with a conditioner (available at the pet store), before the fish moves in the tank.

You can check the water levels with test kits that you get at your local pet store.

What is Wrong With My Goldfish?

The water in the tank seems ok, but the goldfish is still rubbing itself along gravel and stones in the aquarium? You know your pet best, keep an eye on him and try to detect any other awkward behavior. A goldfish shows distress by swimming erratically, gasping for breath, or rubbing against plants, rocks, or gravel in the tank.

Here are some more reasons, that could make your goldfish act weirdly and rub against gravel:

If you noticed that the chlorine level was too high in the tank, but the goldfish was already in the water, you should immediately prepare a mild salt bath with two teaspoons of un-iodized salt per gallon as treatment.

There are several possibilities of parasites that cause your goldfish trouble.

An anchor worm infection can be detected with the naked eye, but can easily be missed, so observe your goldfish thoroughly. An anchor worm looks like a tiny splinter, which can often be found behind a pectoral fin or behind the dorsal fin.

Goldfish lice are tiny, round, and translucent. They will appear as grey or brownish spots which are slightly raised on your goldfish. It can be seen with the naked eye.

Goldfish flukes are very common and usually no problem unless the immune system of the goldfish is compromised. Since flukes are white and hardly visible on a light-colored goldfish, they can be hard to detect. On dark-colored goldfish, you might be able to see the flukes.

If your goldfish shows more signs of distress such as twitching, rubbing against any object, knocking into the glass, and damaged gills, you should immediately start treatment. Flukes are very contagious and can kill all fish in a tank within a few days.

Ichthyophthirius multifiliis, often referred to as “Ich” is one of the most dangerous parasites for freshwater fish. It causes small white spots on the fish and makes it look like it was sprinkled with salt. If you detect tiny white spots on your goldfish, you should immediately start treatment, because it can eventually kill fish.

Hopefully, you were able to either find out, what’s wrong with your goldfish or you came to the conclusion, that your goldfish was just playing in the tank and everything is alright.