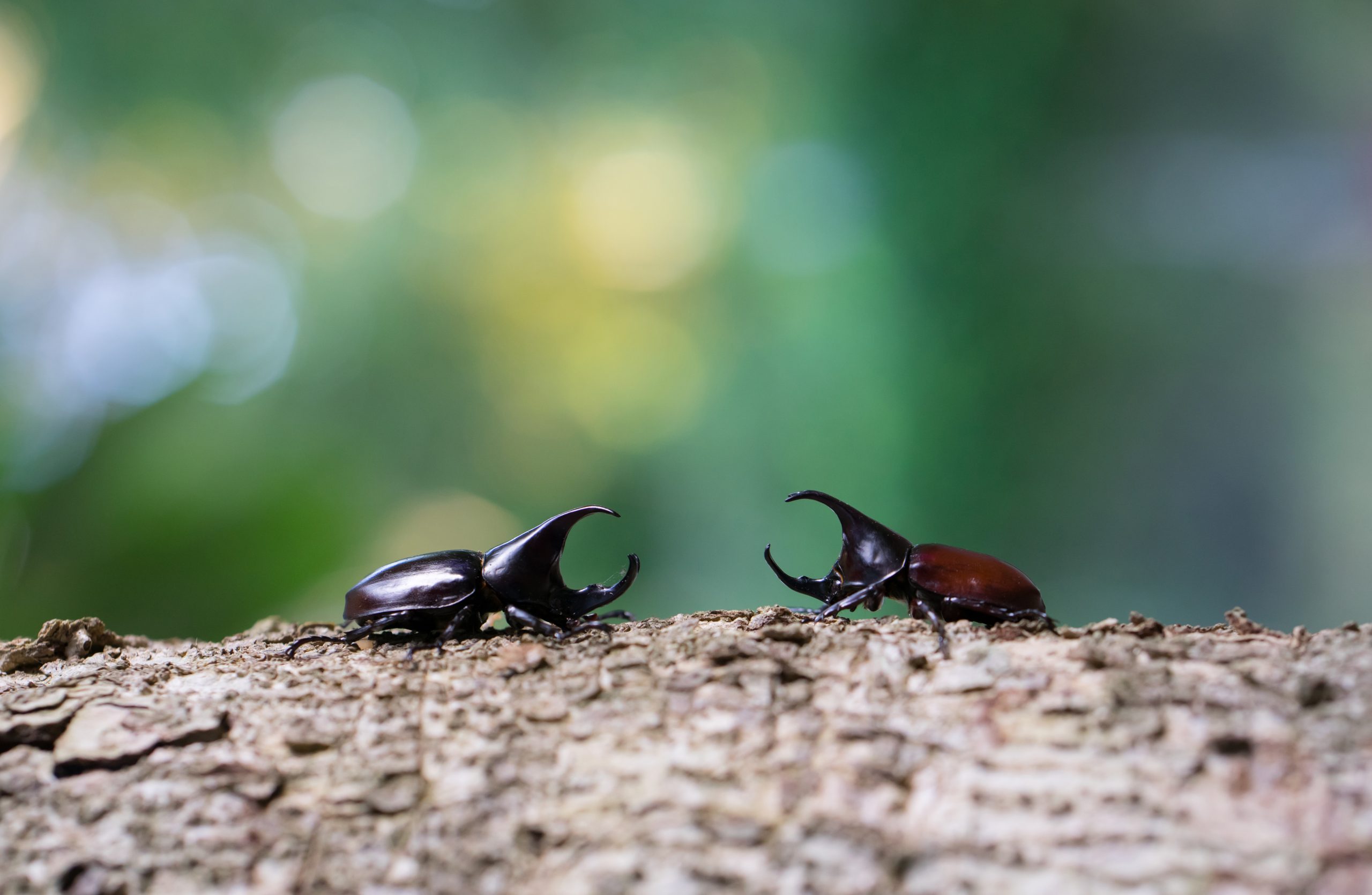 As a whole, insects don´t die when falling because they weigh a lot less than humans and have a higher air resistance relative to their body weight resulting in a lower terminal velocity when compared to humans. Or, in simple terms, Insects fall slower than humans do so the impact is much softer.

I will give a more in-depth explanation on why insects don´t get hurt when they fall in the following sections but that is the general rule that insects obuse to mitigate any injuries from falling.

Why Don´t Insects Die When They Fall?

Basically, the gravity is almost the same all over the Earth but it affects objects and living beings differently depending on their weight and their crosssection area or surface area they occupy in 3D space.

Insects are generally quite light and, at the same time, are quite big for their light weight. Meaning they generally fall slower and their terminal velocity is much lower than that of a human.

The terminal velocity is a number in distance per time that tells us the maximum speed at which an object can fall in earths gravity. Once an object has reached this number it won´t fall any faster no matter how long it falls.

The terminal velocity is calculated by taking the mass of the object and multiplying it by the gravitational acceleration (which is about 9.81 for earth).

Then we divide that by the product of drag coefficient (its calculated by using the crossection area of an object) and projected area.

Then multiply by 2, divide by the density of the object, get the squareroot of the result and you have the terminal velocity.

Sounds too complicated? Well, you can simply use this calculator to calculate the terminal velocity by simply putting the mass and crossection area of the object in.

If we use this calculation then we can get the terminal velocity of a regular black ant, for example, wich is about 8 m/s.

Compare that to the terminal velocity of a normal human, which is about 55 m/s and you can see that an ant falls quite a lot slower than a human would.

The terminal velocity of a stink bug is even lower because it occupies more space while only weighing little more than an ant.

So the terminal velocity of a stink bug is about 5 m/s.

If you hit the ground with a speed like that then you will very likely survive that too with little to no injuries. Just like most insects do.

Also a lot of insects raise their crossection area by spreading all of their linps away from their body. This will effectively slow down their fall significantly raising their survival chances.

Can Bigger Insects Get Hurt When Falling?

If you payed attention then you will know that most insects survive because of their light weight and large surface area. So will bigger insects survive a fall from great heights.

For example, the terminal velocity of a hercules beatle is around 25 m/s.

So if a hercules beatle falls then it will probably get hurt much more easily than an ant, for example, that only has a terminal velocity of around 8 m/s.

It is important to note that the distance that they fall is obviously a factor. heavier and smaller objects tend to accelerate faster than bigger lighter objects.

So the whole terminal velocity thing will only take effect after the object has already fallen a couple of meters, depending on the acceleration of the object when falling.