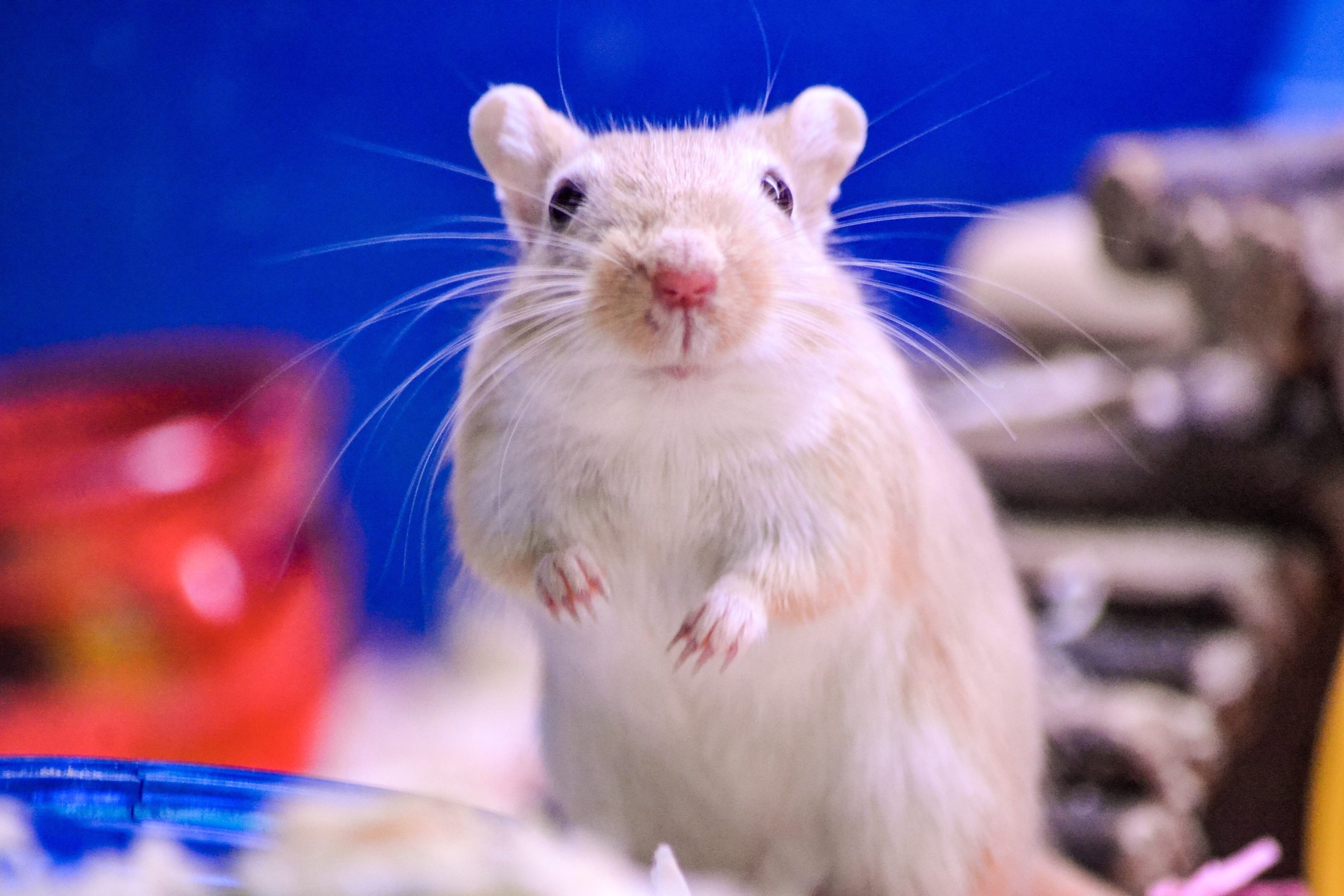 Gerbils are cute, furry mammals that have become popular pets. Especially the Mongolian Gerbil is well known for making a hardy pet friend. Gerbils have various ways of communication and as a pet owner, you might be curious about what your little furball is trying to tell you. On some occasions, you will find your gerbil stomping its feet. Here are possible reasons for a gerbil to stomp its feet.

As a whole, if a gerbil is thumping or stomping with its feet it can mean that it tries to warn other gerbils of danger. Thumping the feet is also used to intimidate other gerbils and during mating rituals.

In the following article, you will find various examples of situations in which a gerbil stomps its feet. It is important to take all environmental settings and other circumstances into account to figure out what the gerbil means in a particular situation.

Why Does My Gerbil Keep Thumping its Feet?

When a gerbil thumps its feet, it sounds like a tiny drumstick tapping on the ground. Depending on the floor the gerbil is walking on, this sound might differ a bit.

But the rhythmic tapping is such a distinctive sound that you will immediately know that the gerbil is thumping its feet.

There are several reasons for gerbils thumping their feet.

The most common reason for this behavior is thumping as a warning signal for other gerbils. In the wild gerbils have several predators they need to be aware of.

They live in underground tunnel systems and if a gerbil detects any kind of danger, it thumps its feet on the ground to warm the others.

Other gerbils will feel the vibration in the ground and hide in the tunnel systems immediately.

In captivity, there are no predators, but gerbils might still warn each other if they detect anything that startles or scares them.

Possible triggers could be:

If you see your gerbil thumping its feet and the other gerbils are paying attention, or even hiding, you should try to find the cause for their fear. Anything that scares a gerbil is a potential stress factor.

Of course, it is not possible to remove all noises and movements around the cage. This is not necessary, as gerbils will get used to many things.

But gerbils should not be able to see a TV screen or be in a room with a lot of loud noises. A quiet space such as a bedroom is perfect to reduce the stress level for your cute little furballs.

Thumping Feet as an Aggressive Gesture

Gerbils are highly social animals, but they are also very territorial. It is not uncommon for gerbils to fight, especially when new gerbils were introduced to an existing family.

Young gerbils tend to question the existing hierarchy in a group and this can also lead to fights within the gerbil family.

When gerbils fight, they try to threaten their opponent by hissing, quickly moving their tail from one side to another, and thumping their feet on the ground.

They might also puff their fur on the back. During a fight, they might bite and box each other or try to climb on the opponent’s back.

You will be able to see the difference between a gerbil warning its family members, and a gerbil that is angry and about to fight.

If you see your gerbils showing aggressive behavior, you should not interfere immediately. It is important for gerbils to be able to fight in order to set the hierarchy.

But if a gerbil is about to get hurt, you should separate them. Do never interfere with your bare hands during a fight or if you detect aggressions. Your gerbils might attack you and this can lead to serious injuries.

If you are planning to introduce new gerbils to an existing group, you should always have some working gloves nearby to be able to interfere if the gerbils are starting to injure each other.

Female gerbils that are ready to mate tap their hind feet on the floor. This is a signal for male gerbils that a female is in heat and the pheromones that the female uses to attract the males will do the rest.

Sometimes not only males but also females try to mount female gerbils. This is not unusual behavior and will not do any harm.

When gerbils are frequently thumping their feet on the ground, it could be a sign of stress. Other signs of stress could be excessive scratching, a lack of appetite, fights, any kind of aggressive behavior, illness, or any kind of unusual behavior.

As a whole, stress can be caused by an unsteady environment, overstimulation by loud noises, bright lights, sudden movements, or unknown smells. Other pets, children, a TV, or even a loud radio can be the cause for a trigger.

Introducing new gerbils to a group or relocating the cage can be reasons for an increased stress level. Stress can lead to many bad behaviors and even cause sicknesses and should be avoided.

Try to find out what causes them stress and eliminate the cause if possible. Relocating the cage to a calmer room or turning download noises can already make a big difference.