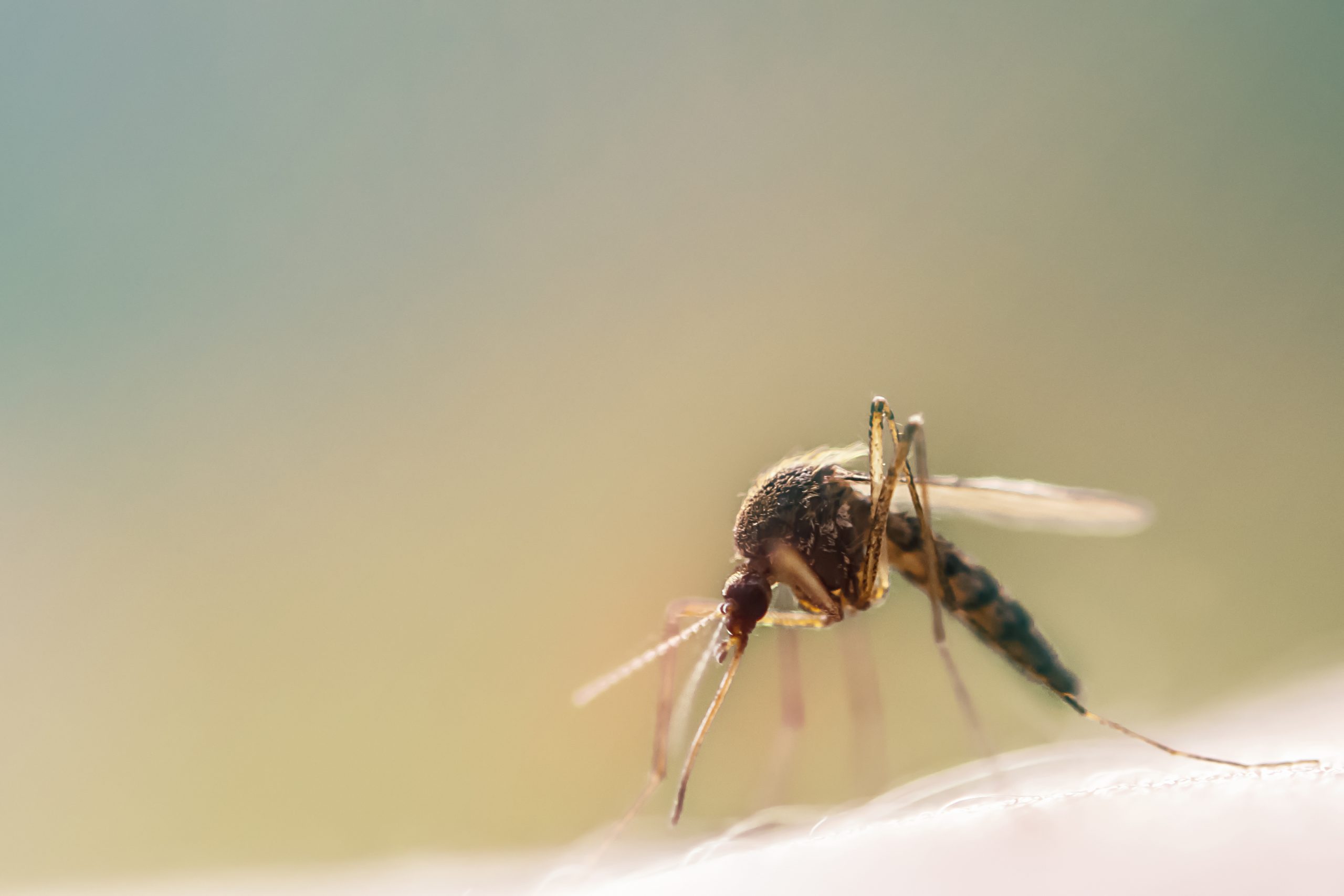 Bugs have a multitude of senses and sensors that they can use to detect flowers, other bugs, humans, and more. Some bugs, like mosquitos, have evolved to sense humans and other mammals from long distances. But why is it then that some bugs are more attracted to certain people than others?

Mosquitos and other blood-sucking bugs are attracted to humans because we breathe carbon dioxide, emit heat, and have a unique smell. Mosquitos can sense carbon dioxide from very far away. Then it can detect the heat we emit once it’s close enough and finally smell us when it is nearby.

It is important for most blood-sucking bugs, like mosquitos, to be able to find an animal or a human reliably from very far away. This is because the female mosquito, for example, needs the blood to be able to produce her eggs.

This is why blood-sucking bugs have evolved over centuries to be able to detect humans from very far away using several sensory organs.

Why Are Bugs Attracted to Certain People More than Others?

Mosquitos are especially attracted to:

There are several reasons why bugs might be more attracted to you compared to other people.

But the two biggest reasons are that you smell differently or more than others or you produce more heat than others.

Both of these things aren´t bad or even your fault in the first place but it makes you more desirable to bugs.

Mosquitoes are generally more attracted to women because women smell better to them when they have a big change in their hormone balance.

So women that are pregnant or have their period will attract mosquitos more.

If you exercise outside or if it is a hot day and you sweat a lot then you will also attract more mosquitos than usual. Mosquitos will hone in on your body’s heat.

The more heat you produce the more likely it is that blood-sucking insects are attracted to you.

Most bugs will stay away from sick people as they want good quality blood. Some deficiencies or an inflammation that will reflect the quality of your blood can keep mosquitos away.

Mosquitos have very bad eyesight but they will use their sight and their ability to sense heat to hone in on you. If you are wearing very bright contrasting colors to your surroundings then it will be way easier for the mosquito to sense you.

This won´t make that much of a difference but it can help a little to wear darker, more saturated colors like dark blue or dark green clothing.

And finally, people who show a lot of skin will also attract more mosquitos as it is simply easier for the bug to find some bare skin that it can bite.

How do Mosquitos Sense Humans?

Mosquitos and other blood-sucking bugs use three main ways to sense humans.

They can sense the carbon dioxide we exhale from very far away.

Once they sensed some carbon dioxide they will fly in the direction where the concentration is most dense until they are close enough to sense our heat.

Once they are close enough to a human, about 15 feet, mosquitos are able to sense the heat we emit.

Now they can home in on us even better than before.

Mosquitos can also see us but their vision is not nearly as good as ours, so they usually rely more on their other senses.

Once they are close enough to a human, about 2 feet, they are able to smell the human.

They are using the hairs on their body to smell us. If we smell good enough to them then they will land on us and bite.

They sometimes land on us and use the hairs on their legs to smell our skin. If they don´t like the smell of our skin then they sometimes take off again and search for another victim.

It is not clear how they exactly determine who to bite and who to leave alone but it is speculated that they don´t like humans who are hurt (have an inflammation) or have some sort of deficiency that is reflected in the quality of their blood.