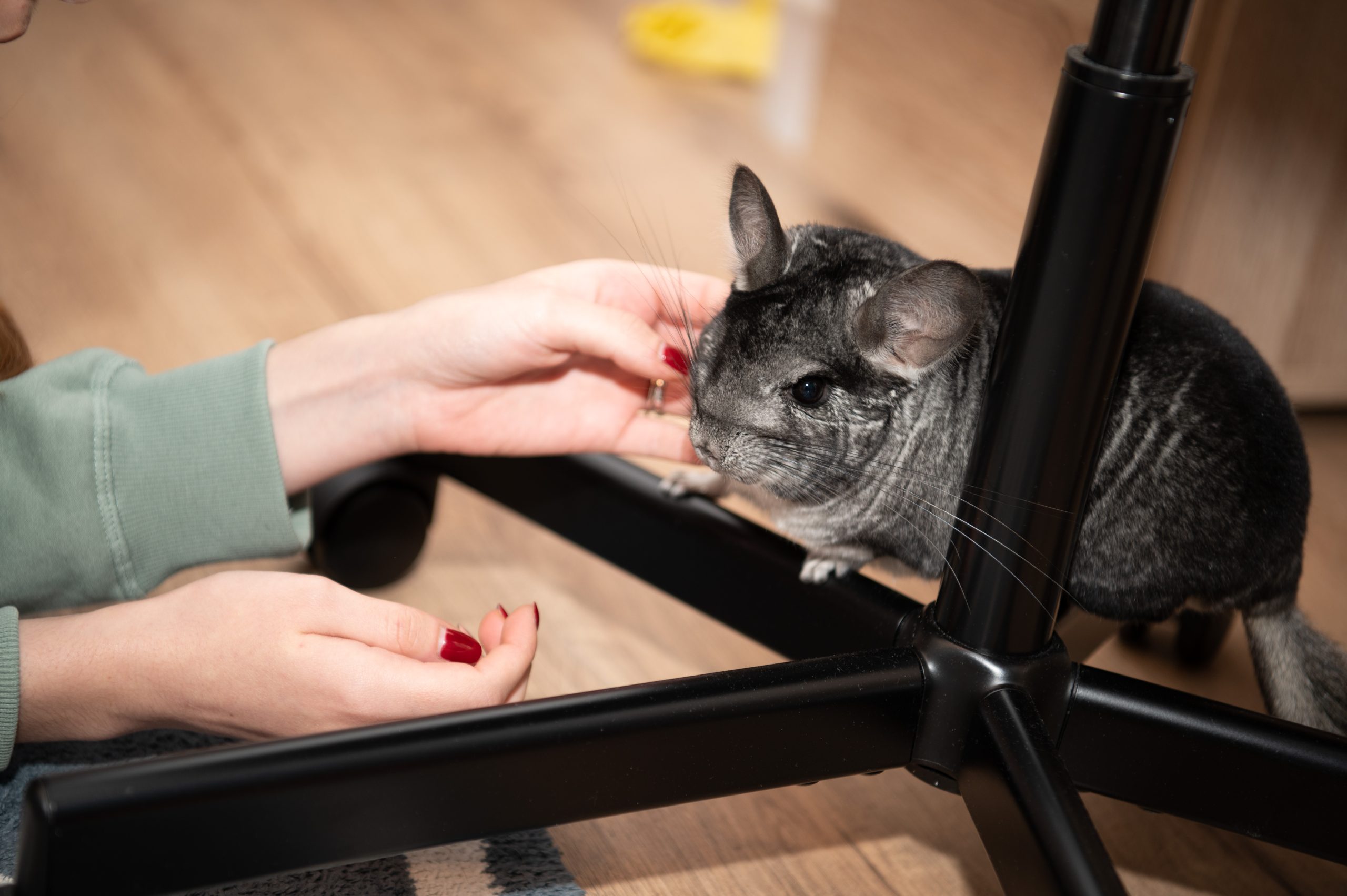 Chinchillas need a rather big cage and you might be wondering, where the best spot for your pet chinchillas enclosure is. Chinchillas are nocturnal creatures by nature, but they are able to adapt to a more diurnal lifestyle. This does not mean that chinchillas will be roaming around all day long, but they might be awake at dawn and dusk and maybe even sometimes during the day to interact with you.

As a whole, a chinchillas enclosure should be located indoors in a temperature-controlled area. The room should be rather dry and have an average temperature between 10° C and 20° C at all times. Chinchillas are nocturnal and don’t like too much noise during the day as they are trying to sleep.

The room where the chinchilla is located should be air-conditioned during the summer and not heated too much during the winter.

What is the Best Place for My Chinchilla’s Enclosure?

Chinchillas come from the mountainous regions of South America. In the wild, they live in very dry and rather cold areas. This is why they have the densest fur of all animals on the planet. The fur helps them to keep warm under these extreme conditions. But the fur also quickly leads to overheating if the outside temperature gets too warm. Therefore chinchilla owners have to make sure that their pets don’t overheat.

Chinchillas are prone to overheating and heat strokes due to their extremely dense fur.

A chinchillas cage should never be located in a place with direct sunlight.

The location of the chinchilla enclosure highly depends on the temperature and activities in your house. Chinchillas don’t like sudden temperature changes and prefer a rather calm environment, especially during the day, which is their sleeping time.

Some chinchilla owners keep their pets in a temperature-controlled room in the basement. Others keep chinchillas in the entrance area, the kids’ bedroom, or the living room.

The bathroom is a no-no due to the higher humidity. Chinchillas cannot endure damp air. Their fur would become damp and it is almost impossible for chinchilla fur to dry on its own because of the density.

Can I Keep Chinchillas in My Bedroom?

The bedroom seems like a good option because it is usually a bit cooler and calmer than the living areas.

But you should be aware of the fact that chinchillas are nocturnal creatures that can be noisy during the night. If you spend a lot of time in the bedroom during the day, the noises might stress out your chinchilla, which is trying to sleep.

Are Chinchillas Noisy at Night?

Yes, chinchillas can be noisy at night. Chinchillas are nocturnal animals that tend to jump around, explore, and play at night. Unlike mice or rats, they are rather big pets that can actually make pretty loud noises when they are jumping from one platform to another, chew on their houses and toys, and rustle through the bedding.

If the noise bothers you, but you don’t have another option, there are some things you can do to reduce the noise.

In order to make the jumping and running noises a little quieter, you can use fleece on the floor instead of bedding.

If it seems like your chinchilla has way too much energy during the night, you can let your pet roam free for some time every day so that it can already use some of the energy before the night comes.