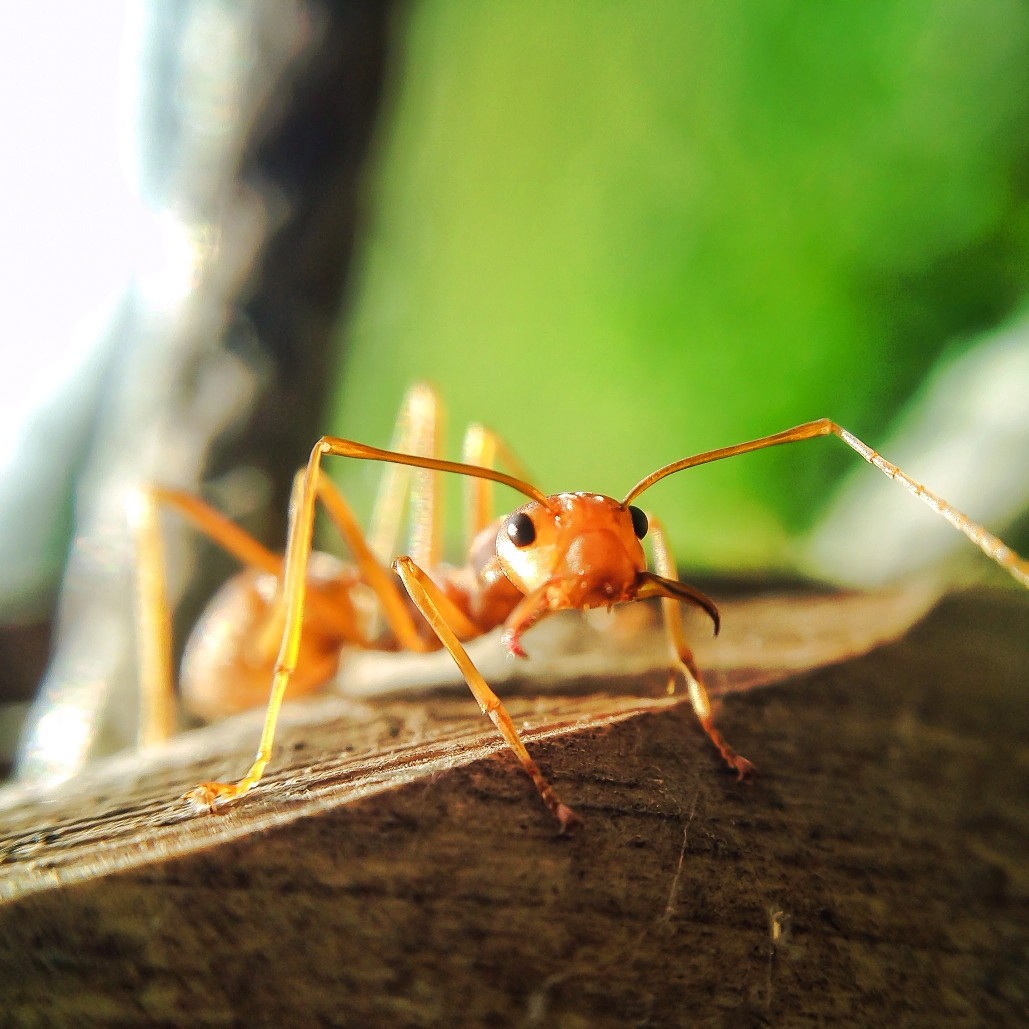 With more than 12,600 ant species all around the world, there is a lot to choose from, if you are planning to own a pet ant colony. Of course, you don’t have to look through thousands and thousands of species to find the right one for you. In this article, you will find the most important criteria that will help you choose the best type of ant to keep for you and give you several species that might be the perfect fit for a beginner, advanced ant owner, or expert, depending on your level of experience.

As a whole, the best ant species to keep highly depends on your expertise, what you expect from your ant farm, and where you live. Good species for beginners are the Camponotus species, the Lasius species, or the Tetramorium immigrans. Advanced ant keepers might like fire ants or pharaoh ants.

If you are still not sure what the best type of ant is for you then keep on reading as I will further elaborate on all the different aspects that will help you to find the perfect type of ant for you.

Criteria That Should be Considered Before Choosing an Ant Species

You are already on your best way to finding the perfect ant species for your farm because you came here and ask yourself, which ant is best for you.

You already know that different species need different maintenance and that some ants are easier to take care of than others.

Before you choose the perfect ant species for your own colony, you can ask yourself what you expect from your ant farm, how much time and effort you want to invest, and which regional ants exist in your area.

With these questions asked, you can already narrow down your choices.

What do You Expect From Your Ant Farm?

Ant-keeping is always an exciting, and educational hobby, no matter which ant species you own.

But of course, every species is different. The most important thing is, what you expect from your ant colony.

Do you want to own an ant colony that multiplies quickly? If you start with a single queen, some ant colonies need up to a year until you can move them out of the test tube setup, and some colonies can be moved after a few months.

Colonies with more than one queen multiply very quickly, but a quick colony growth also means that these species are very willing to break out and move to a place that suits them better if they want a bigger place to live in.

If you live with children or pets, or you are a girl or boy who wants to own an ant colony, you might want to choose a species that is not dangerous.

For example, a species you might want to avoid with pets or kids is fire ants. They are masters of escaping and their sting is very painful and can lead to severe allergic reactions.

You are looking for an ant species with a high success rate and low maintenance.

This is absolutely reasonable and there are many species to choose from. Most regional ants are easy to care for because they are already used to the climate and food and you don’t have to care too much about temperature or humidity in the formicarium.

A Lot to See (Big Ants or a Lot of Movement)

Some ants are known for crawling around a lot and very quickly such as the crazy ants.

Others are larger in size such as the Camponotus species and you can see more of their actual movements and activities.

Depending on what you prefer, you can choose the right ants for you.

You are particularly looking for some exotic or dangerous ants? Keep in mind that you might need legal permission for some species that are not native to your region.

Examples of popular exotic ants are the species of the fire ants, such as the Solenopsis invicta (Red imported fire ant) with her dangerous and painful sting and prominent red color, the Atta mexicana with thorns all over her body, ants with special colors, extra long legs or tiny ants such as the Monomorium pharaonis (Pharaoh ant).

How Much Time and Effort do You Want to Invest?

Some ant species need more maintenance than others.

If you want to keep an exotic ant species for example from the rainforest, it might be used to very high humidity and special food.

Other ant species, especially regional ones, are very easy to keep.

Which Regional Ants Exist in Your Area?

The easiest way to get a queen ant to start a new colony is to catch one after she is freshly mated.

The best time to catch a queen is in spring and summer on a warm and sunny day, after a rainstorm.

The winged virgin queen ants fly around, mate with a male drone in the air, land, and search for a good place to start a new colony. When you see a queen on the ground, either with her wings still on or thrown off, this is the very best time to catch a queen.

You can take a walk in your own backyard or in your neighborhood and look out for any ants you can find.

If you see a specific ant species, you can be sure that there is a chance to catch a queen of that species.

Most Common Ants in the US

The most common ants in the US that also make good pet ants are Camponotus species (Carpenter Ants), Tetramorium immigrans (Pavement Ants), ants from the Solenopsis species (Thief ants and fire ants), and the tiny Monomorium pharaonis (Pharaoh ants).

Depending on where you live, you will also find many other ant species, but these are the species that you can find almost everywhere.

Most Common Ants in Europe

The ant population in Europe depends highly on which part of Europe you live in.

Especially in the southern countries with higher temperatures on average, such as Spain and Portugal, you will find more ant species than in the north.

Some ants are simply easier to care for.

As a beginner, you can also go all-in and raise a colony of exotic ants with a high failure rate and proof everyone wrong by doing an awesome job with your ants.

But as a beginner, you might also want to just raise a colony that is easy to take care of and you can enjoy the observation of your pretty little pets without having to worry, too much.

What is a Good Beginner Ant Species and Why?

A good ant species for beginners is definitely a regional one.

If you cannot keep your colony for any reason, you can always release them into nature, where they originally came from.

This is not possible with an exotic species, which is not native to your area.

Depending on where you live, these ant species might be a good fit for you:

The Camponotus species are better known as Carpenter Ants. More than 1000 species belong to the Camponotus and about 100 of them are especially large species.

The Camponotus species come in all colors such as yellow, red, dark red, black, or even bicolor (Camponotus vicinu).

They are common almost all over the world and are easy to maintain.

The Crematogaster cerasi is a very pretty ant with a heart-shaped abdomen.

They come in different shades of brown and are challenging but rewarding ants to keep. They like to escape, therefore an escape-proof home is necessary for this species.

More than 100 species belong to the Lasius family.

They come in different shapes, sizes, and colors. One of the most popular subspecies in Europe is the Laius Niger (Black garden ant).

The most popular representatives of the Lasius Family in the US are the Lasius Neoniger and the Lasius Americanus.

They have a low failure rate and are easy to keep in captivity.

The Tetramorium immigrans is one of the most popular ant species in the US. With quick colony growth and low failure rates, they make great pet ants that eat basically anything you offer them.

Any ant coming from a different region than the one you live in is for advanced ant keepers.

One main reason is, that you cannot let them free if, for any reason, you cannot keep the colony any longer.

Another criteria is whether the ants are dangerous.

Some ants, such as the fire ants, are venomous and have a very aggressive character. They might be great colonies to watch, but not the best species to start with as a beginner because they are rather challenging.

Some ants are tiny, the colonies grow very fast and they are masters in escaping such as the pharaoh ant or the Pheidolegeton diversus.

They could make a great species for advanced ant keepers.

Some ants are very sensitive to stressful situations and the success rates are rather low, such as the Crematogaster scutellaris or the Gigantiops destructor with its crazy big eyes.

Some species are extremely sensitive or hazardous and should only be kept by advanced ant keepers.

Examples are the Atta cephalotes, a species that is native to tropical rain forests. They are rather big ants that eat a special fungus.

This diet makes them rather hard to keep and maintain in captivity. Another species that can only be recommended to experienced ant keepers is the Carabara diversa.

This species is extremely sensitive to the climate. They are native to south-east Asia and are used to very high humidity and high temperature.

They are escape masters and need a rather big formicarium.