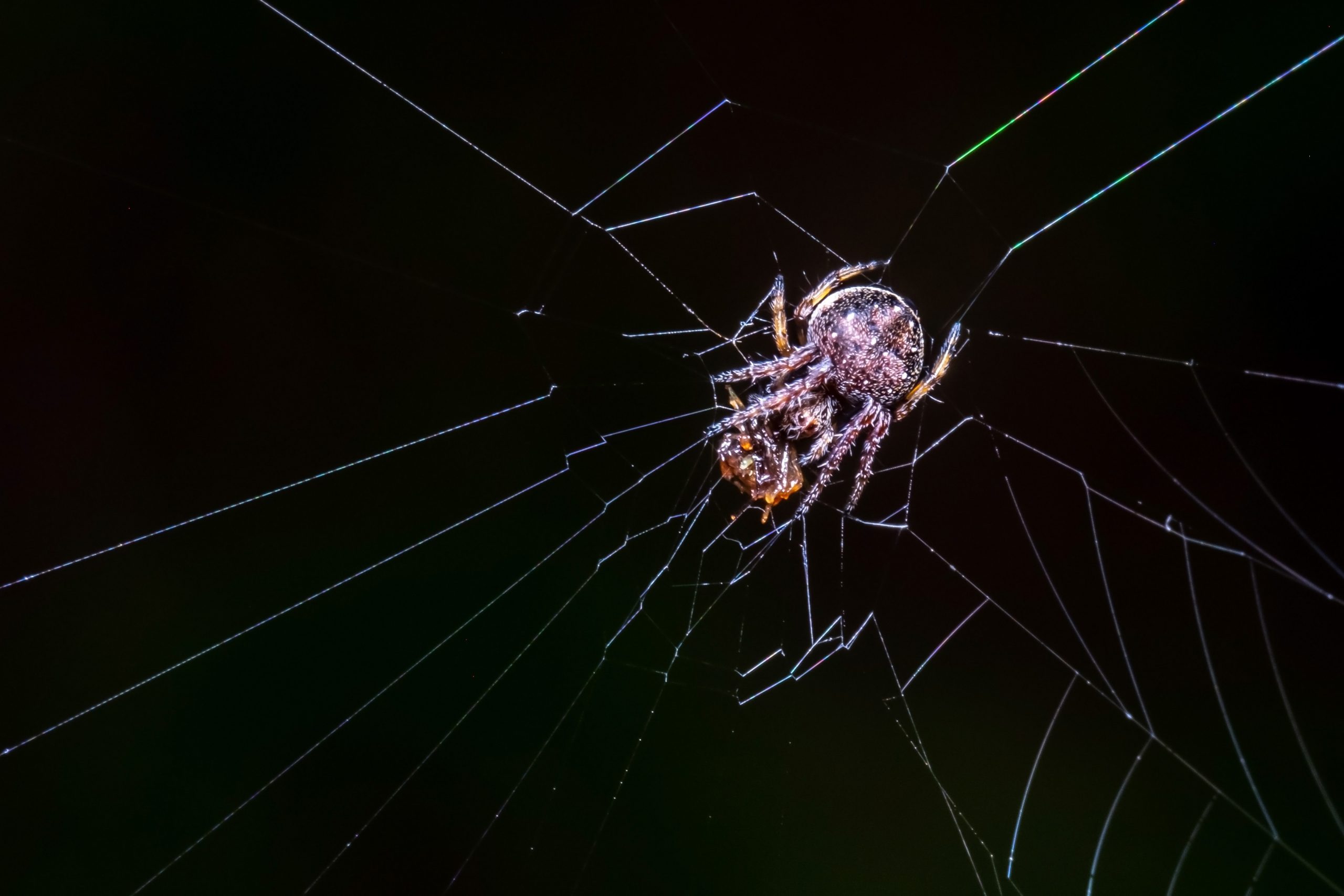 It is often said that having a spider in your home or in your garden is a good thing because they catch all those annoying insects that might be harmful to your garden or to you, but is that really the case?

As a whole, spiders eat almost any bug that they can catch like crickets, roaches, mosquitos, fleas, ants, wasps, gnats, and so on. Larger spiders also eat small birds and small reptiles and lizards. Most pet spiders can be fed with crickets or roaches that can be bought in pet stores.

So spiders are good for your garden and, even if you don´t like them, they can be good to have in your home as well because they will catch insects like roaches or mosquitos.

If you have a pet spider then you can simply feed it roaches or crickets that can be bought in pretty much any size at pet stores around the world.

The Diet of a Spider

Most spiders in the US and Canada will eat bugs and nothing else. The bigger spiders that are able to kill and eat larger prey are not at home in the US.

Even tarantulas that can be found in the US don´t eat larger prey than small to mid-sized bugs even though they are already pretty big spiders.

Spiders like the Huntsman spider, which can be held as pets in the US, are known to be able to eat mice and smaller bids but you can generally just feed them bugs as well.

Depending on the species of spider they tend to like to hunt different kinds of bugs.

Tarantulas prefer big crickets while jumping spiders like to hunt flies. That doesn´t mean that they won´t eat any other bug that comes across them though.

Spiders are opportunistic hunters, meaning they will hunt anything that they can regardless of if they are hungry or not or if they prefer a certain bug over another.

That is also why you should stick to a feeding plan to avoid overfeeding them.

Wild spiders that are in the US will usually build large webs to catch their prey, with a few exceptions like the tarantula. Everything that gets caught in their web will be killed and either eaten or stored for later consumption.

What to Feed Small Spiders

There are quite a few small spider species in the US and in Canada and most baby spiders will also have to eat. But what do these smaller spiders eat?

They are very capable hunters and are able to hunt prey that is as big as they are.

Baby spiders should be fed with fruit flies or baby crickets, on the other hand.

They are still young and won´t be able to hunt anything that is bigger than a fruit fly in the beginning.

They can also be fed gnats if you can get them at your local pet store.

How Often Should Spiders be Fed?

Now that you know what to feed your pet spiders the question of how often to feed them still remains. Spiders are opportunistic hunters, meaning they will hunt and eat whenever they find something to hunt and eat. This can be a problem because you never really know it the spider is hungry or not.

So as you can see it depends on the species and the age of the spider.

You should look up the species of spider you have to make sure not to under or overfeed them in the end.

But generally, young spiders need more food than adult spiders because they still need to grow.

This is an interesting question because for the longest time the scientists weren´t quite sure if spiders ate fruit or not. This is mainly because spiders were often photographed apparently eating fruit and witnesses reported the same thing. But nowadays we know more.

As a whole, spiders can´t eat fruit. Spiders are carnivores and their diet consists mostly of bugs. There were reports of spiders eating fruit but, as it turns out, they only drank the nectar of the fruit to stay hydrated.

So it is a bad idea to try and feed spiders fruit. They are carnivores and need to eat bugs to survive.

There were reports of spiders eating fruit and even some photos surfaced where you could see spiders apparently eating fruit. But, as it turns out, these spiders only drank the nectar of the fruit in order to rehydrate.

We already covered that spiders don´t eat fruit but what about bread?

Spiders don´t eat bread because they are carnivores and generally only eat live prey. If a piece of bread gets tangled up in their net then they will go and take a look and after identifying it as not edible for them they will simply remove it from their web.

It doesn´t matter how tasty the bread is or even if you put some meat or butter on it they will not eat it.

Spiders want to hunt their prey so they will generally ignore dead meat or even dead insects that they didn´t kill themselves.

They will simply ignore anything that doesn´t move.

On top of that the digestive system of the spider probably wouldn´t even be able to handle something like bread.