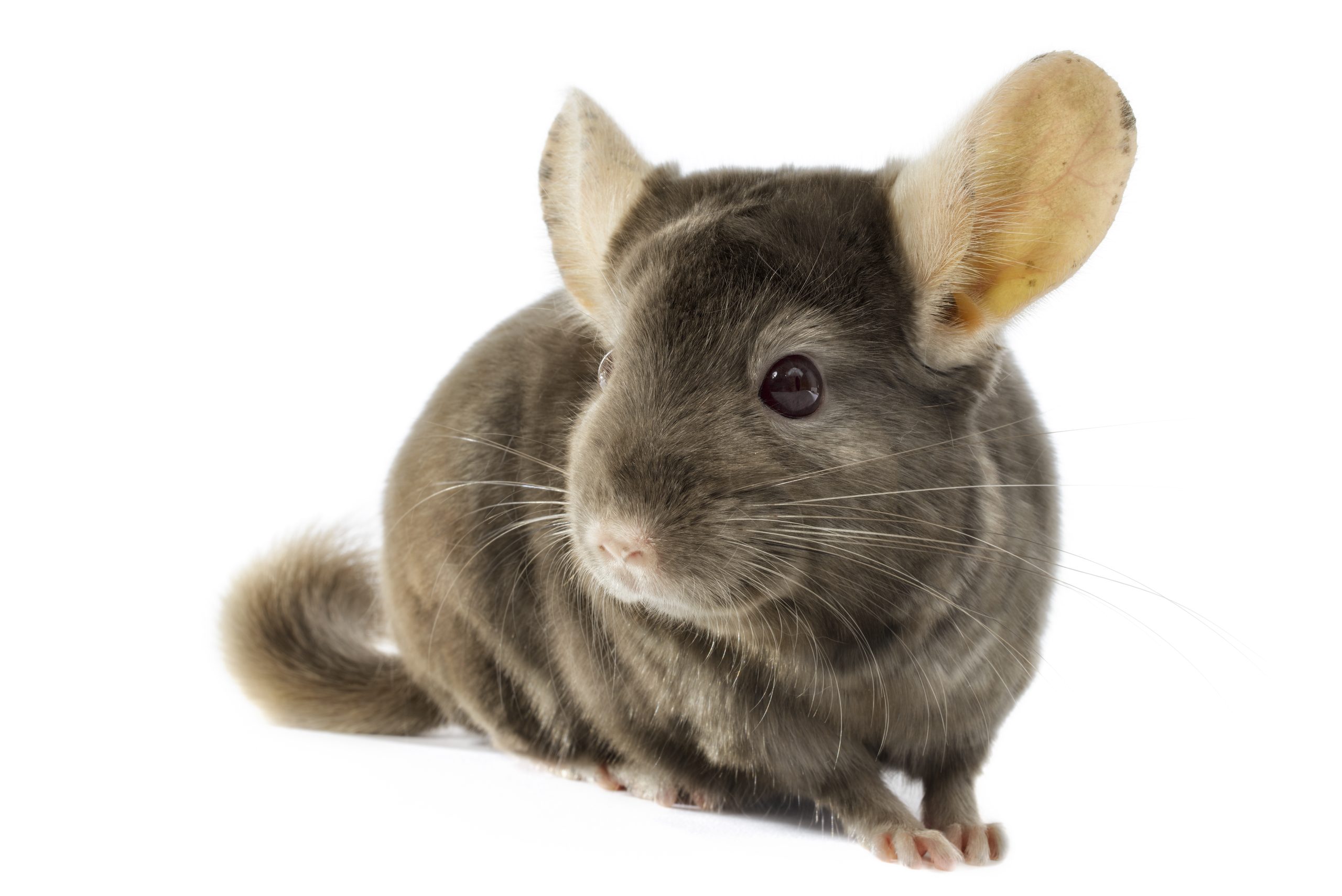 Chinchillas live in the very cold area in the mountains of Peru and Chile. The only plants available are mountain grasses and cacti and they have adapted to that diet. This extremely restricted diet has to be followed to prevent serious digestive issues.

As a whole, in the wild chinchillas feed on mountain grasses. In captivity, they feed on different types of hay, grass, and pellets that are explicitly made for chinchillas. In addition to that diet, chinchillas can also be rewarded with rolled oats or unsweetened cheerios.

Chinchillas are striktly herbivorus. They consume only four different things and nothing more. Those are

In the following, you will learn more about the diet of a chinchilla.

What Do You Feed a Chinchilla?

It is tempting to offer a chinchilla something you like. Fruits, vegetables, or even candy. But the digestive system of chinchillas is very prone to problems and it is better for the chinchilla to stick to their natural diet: Hay.

Chinchillas love their hay and they should always have access to hay.

They should always have unlimited hay in the cage. It is important for them to be able to eat hay whenever they want because it keeps their digestive system running and hay is the most important part of their diet.

Depending on the age of the chinchilla, there are different options to offer your chin a balanced diet.

A very good option is Timothy hay. You need lots of hay for a chinchilla anyways, therefore you might want to consider buying bigger quantities to save some money.

Hay has a low level of fat and protein and no matter how much a chinchilla eats, it cannot overeat hay.

Other hay options for chinchillas are Alfalfa (which has about 14% protein), Alpine grass, Orchard grass, Bluegrasses, and common prairie grass. Normal hay that has a protein level of around 14% to 16% is good for chinchillas and the constant chewing helps them to keep their teeth at a normal and healthy length and it also prevents dental issues.

In addition to hay, chinchillas should also be offered two teaspoons full of pellets daily. The pellets are a good supplement to the hay, as long as the pellets are hay-based and high-quality. Good chinchilla pellets should not contain any artificial colors or flavors.

You should always get pellets that are explicitly made for chinchillas. Those are just plain and simple and add some more protein to their regular diet.

Two tablespoons or approximately 10% of the overall diet is a good measure, but if you want to adapt the number of pellets to the needs of your chinchilla, you can base the amount on the chinchilla’s weight. As long as the weight of an adult chinchilla stays about the same, the amount is perfect.

There are mixed pellets packages available at pet stores and online, but even though the pellets inside of the packages are well-balanced nutrition-wise, the chinchillas tend to pick out their favorite pieces and leave the rest untouched until you refill the pellets. This will lead to an unbalanced diet.

What do Chinchillas Drink?

Chinchillas drink only water and they need access to fresh water at all times. The best way to offer a pet chinchilla water is by using a glass bottle with a metal straw that goes into the enclosure.

It is not safe to use a water bowl because the fur of a chinchilla is extremely dense and must not get wet. A chinchilla is not able to dry its’ fur on its’ own and is prone to getting cold and sick.

What Kind of Treats Can You Give to a Chinchilla?

If you want to train your chinchilla, you might want to offer your pet some treats in addition to the regular diet. You can give your chinchilla rolled (unsweetened) oats or unsweetened cheerios.

Some chinchilla owners also give freeze-dried fruits or raisins as treats, but those should be treated like candy. They should not be fed daily to prevent health or dental issues.

What Can a Chinchilla Not Eat?

There are lots of things that a chinchilla should not eat, but most of these things are rather obvious such as human food, junk food of any kind, candy, or sweets.

But there are less obvious things that you can still not feed your chinchilla.

As a whole, chinchillas cannot eat fresh fruits or vegetables, or food for other rodents. They should only feed on hay and grass.

In the wild, chinchillas only feed on mountain grass and hay. They do not need anything else than that. While other rodents love their fruits and vegetables, chinchillas should not be fed any of that. A chinchilla should not have any fresh fruits or vegetables.