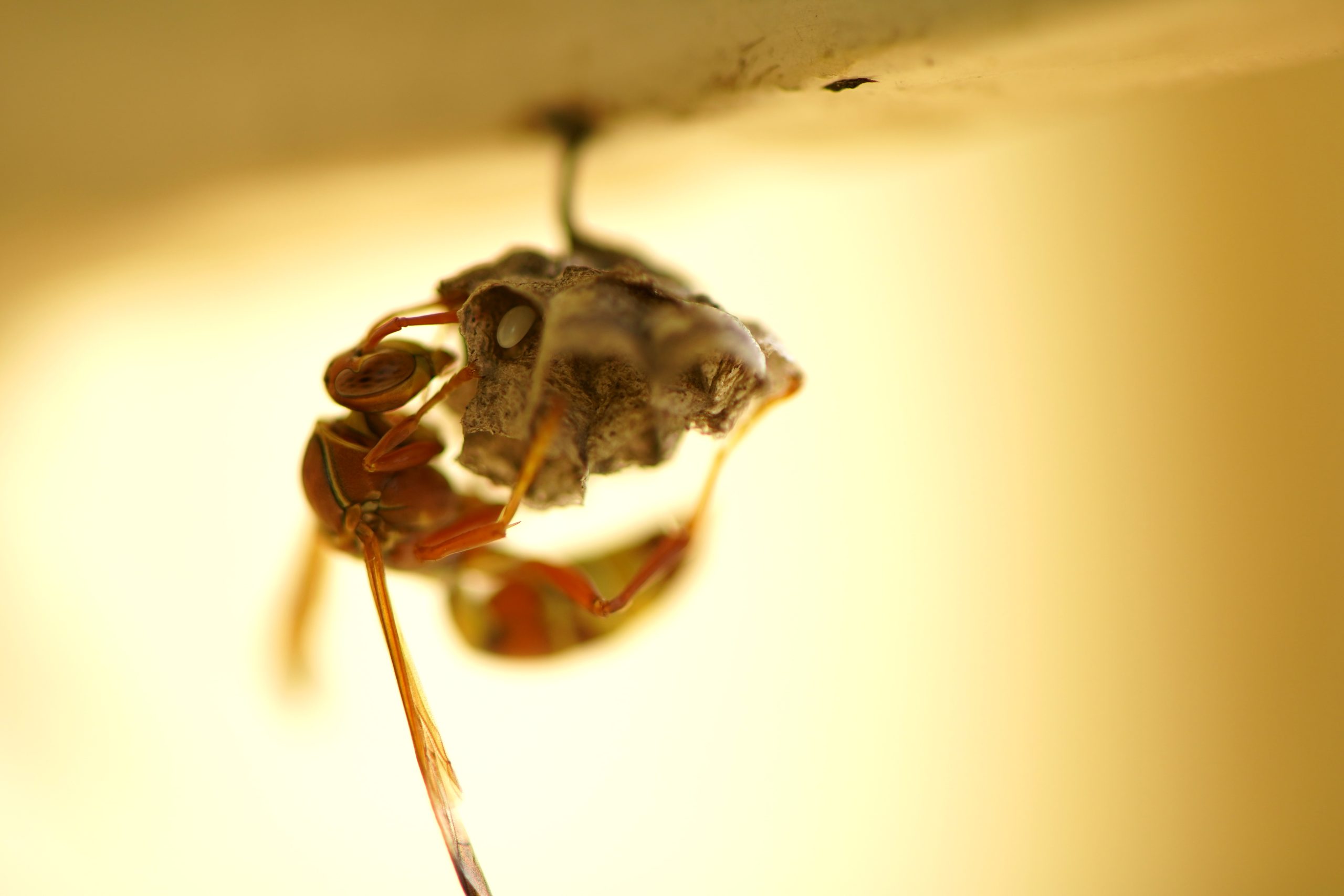 The insect kingdom has a lot of venomous creatures but some of them have venom that will induce pain that is so intense that you will lose the ability to walk and talk if you are stung by them. In this article, I will rank the most painful insect stings. I will go off on the experience of Coyote Peterson who was stung by all of them and can compare the relative pain of all of these insects.

There is also the Schmidt sting pain index, which was made by Justin O. Schmidt, which lists the most painful stings in the insect kingdom. Justin O. Schmidt let himself get stung by most of the stinging insects known to create his index.

His index has 4 different pain levels where 1 is the least painful and 4 is the most painful. I will refer to his pain index as well as Coyote Peterson’s experiences in this article.

The Executioner Wasp (Polistes carnifex) is native to central and south America. Luckily, this species of wasps aren´t very aggressive and will only rarely sting humans.

The sting of the executioner wasp is the most painful sting in the insect kingdom. The sting will start hurting right away and the induced pain is described as being very sharp followed by a burning sensation. The residual effect of a sting can last for a week and can cause tissue necrosis.

Coyote Peterson described the pain of the executioner wasp as very sharp. The pain would get worse and come in waves.

The executioner wasp is not yet on the Schmidt sting pain index.

After a short while, he started to feel a burning sensation around the sting. He described the sting as “sharper and more painful than the sting of a bullet ant.”

The venom of the executioner wasp attacks the blood cells effectively breaking the membranes around them down. The cell particles will spill out sending pain signals to the brain. This results in intense pain in the area around the sting.

The residual effect of the venom can last for a week. The venom can cause tissue necrosis which can have serious long-term issues if not treated right away. Coyote Peterson was left with a scar where the wasp had stung him.

The bullet ant (Paraponera clavata) was the king amongst the insects with the most painful stings. But has been dethroned by the executioner wasp.

The bullet ant has the second most painful sting in the insect kingdom right behind the executor wasp. The bullet ant was the first insect that got a pain level of 4 on the Schmidt sting pain index and was the only insect for multiple years until the tarantula hawk joined the bullet ant.

The venom of the bullet ant contains poneratoxin, a paralyzing neurotoxic peptide.

Schmidt described the sting of a bullet ant as “pure, intense, brilliant pain…like walking over flaming charcoal with a three-inch nail embedded in your heel,”.

Coyote Peterson described it as a very sharp and instant pain. Shortly after he got stung his muscles around the sting contracted uncontrollably. A burning sensation spread through his arm and the muscle contractions slowly spread from his arm to his neck.

There is a tribe in the Amazonas that deliberately gets stung multiple times by the bullet ant as a rite of manhood.

The pain of a bullet ant sting will last up to 24 hours.

The tarantula hawk is a wasp that can be found on every continent except for Antarctica.

It was the second insect that got a pain index of 4 on the Schmidt sting pain index and its sting is only slightly less painful than that of a bullet ant.

The sting of a tarantula hawk can cause partial paralyzation and muscle spasms.

The warrior wasp (Synoeca) can be found in the tropical forests of Americas. They are also known as drumming wasps.

Their sting is also rated 4 on the Schmidt sting pain index. The pain that the sting induces is described as electric. The pain won´t stop and instead, keep getting worse for the first few minutes after the sting.

The area around the sting will quickly swell up and become very hot.

The pain of a warrior wasp sting can last up to two hours.

The velvet ant (mutillidae) are solitary ants that are also known as cow killers.

They are known for their very painful sting and their long stinger.

The sting of the velvet ant will cause a radiating pain that feels like you are being stung again and again. The sting is very painful but nearly as painful as the sting of a bullet ant.

The pain will last only for about 30 minutes.