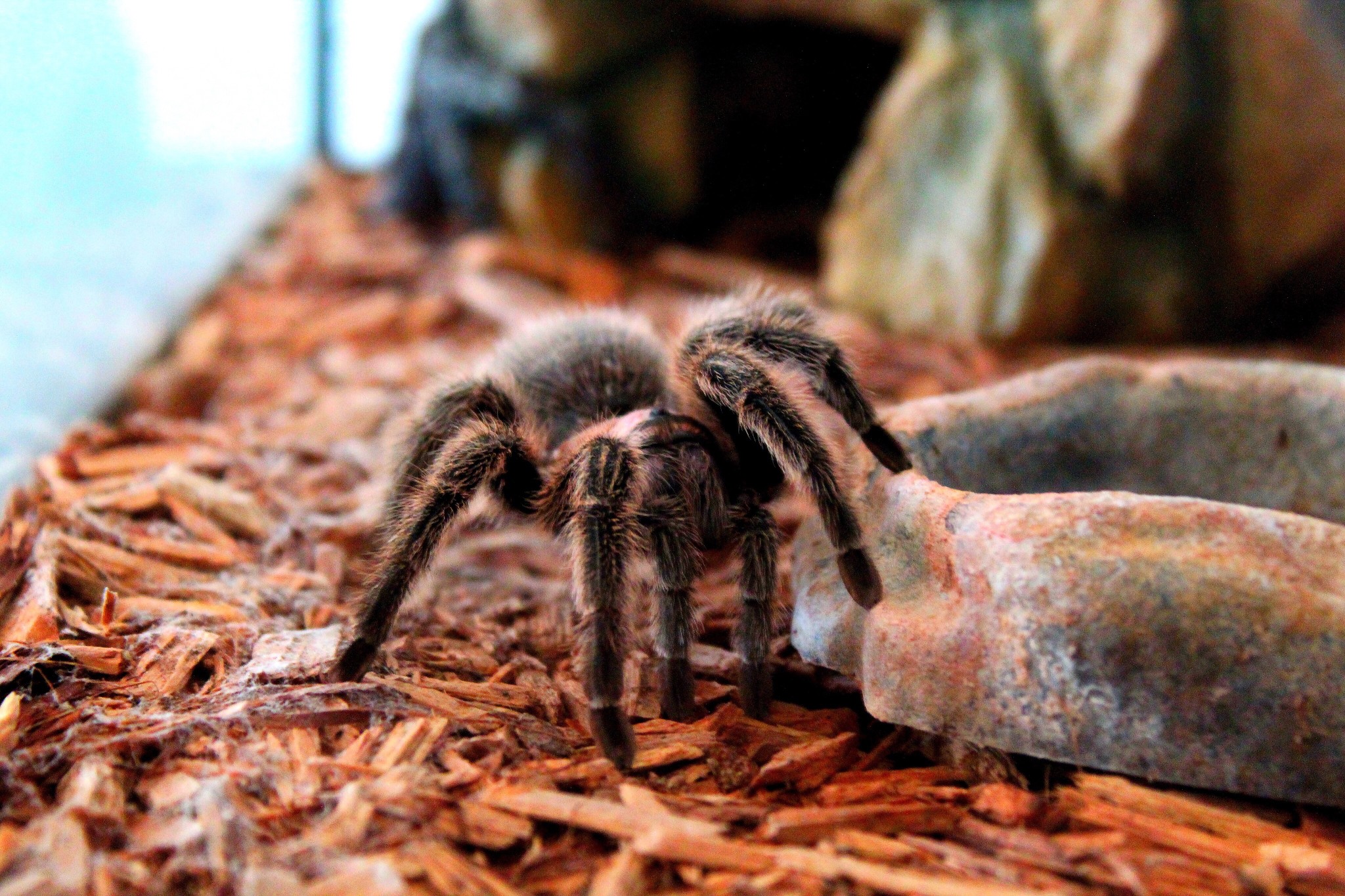 Some tarantulas need a certain amount of humidity in their cage while others don´t but do you have to mist every tarantula and do they even like being misted in the first place?

As a whole, a tarantulas cage needs to be misted regularly but it should absolutely not be overdone. Tarantulas don´t need high humidity levels to live a healthy life even those tarantulas species that usually live in high humidity environments. It is also best to water the substrate instead of misting it.

Misting the cage of a tarantula is a hotly debated topic in the tarantula community for multiple reasons. In this guide, I will tell you exactly what you need to know and how to properly add the water a tarantula needs to its cage.

How to Mist a Tarantula

As I mentioned above, misting a tarantulas cage or even the tarantula itself is not really a good idea. That is mainly for two reasons.

First, misting the substrate will only dampen the topmost layer of the substrate. So the water you added to the cage of the tarantula by misting it will evaporate in a matter of minutes. This is not very effective.

And secondly, most beginners will look up how much humidity their new tarantula pet needs, and then they will try to raise the humidity of the cage to that humidity level. But that is not always easily done and it might even harm the tarantula in the long run.

So please don´t try to raise the humidity to some insane level by every means necessary.

Instead, supply the tarantula with water from a small watering can or a bottle of water once or twice a week depending on how hot it is where you live. This will ensure that enough water penetrated the top layers of the substrate and it ensures a constant healthy humidity level.

Don´t hit the tarantula with any water as they don´t tend to like that.

Also, the two tarantulas most often held as pets, the Mexican Red Knee and Chilean Rose Tarantula, both don´t need much humidity, like most other tarantula species.

How Often Should I Mist My Tarantula Cage?

This is probably one of the most common questions I get. How often should a tarantula cage be misted to supply the spider with enough water and is it bad to mist a tarantulas cage too often?

As a whole, a tarantulas cage should not be misted at all but instead, the substrate should be watered directly once a week or once a month depending on the tarantula species. A bowl of water in the tarantula’s cage is often enough to supply the spider with the needed water and humidity.

There is no straight answer that I can give you here but for the two tarantula species that are most often held as pets, the Red Knee tarantula and the Chilean Rose tarantula, you don´t really need to mist them at all.

It is enough to have a shallow ball of water in their cage to supply them with the needed water and humidity because these species are used to a dryer habitat.

But even tarantulas that are usually living in tropic environments with high humidity don´t need a lot of water. It’s enough to water the substrate directly once a week.

One big beginner mistake I see a lot of new tarantula owners do is mist the tarantula with water directly.

As a whole, tarantulas don´t like to be misted directly. It is best to raise the humidity levels by adding water to the substrate directly instead of misting the cage. This will ensure that not only the top layer of substrate but also the most bottom substrate layer is getting wet which is much better.

So never mist your tarantula directly with water and if you want to raise humidity levels then simply watering the substrate directly is much more effective.

But, as I already mentioned before, don´t try to raise the humidity levels of the tarantula cage to some insane amount. Most tarantulas don´t need high humidity levels, not even those that are usually living in tropical environments.

Can You Give a Tarantula a Bath?

Tarantulas can swim but does that mean that you should give them a bath?

As a whole, it is a bad idea to bathe a tarantula. They usually don´t like to take baths or to be misted directly. A shallow reptile water bowl can be placed in the cage so that they can drink but the tarantula should not be forced to take a bath.

Even when they are shedding it is usually enough to supply them with some sort of water bowl in their cage or to water the substrate directly in order to raise the humidity levels slightly.

But if you try and bathe your tarantula it might panic and attack you with its Urticating Hairs or on very rare occasions even bite you.