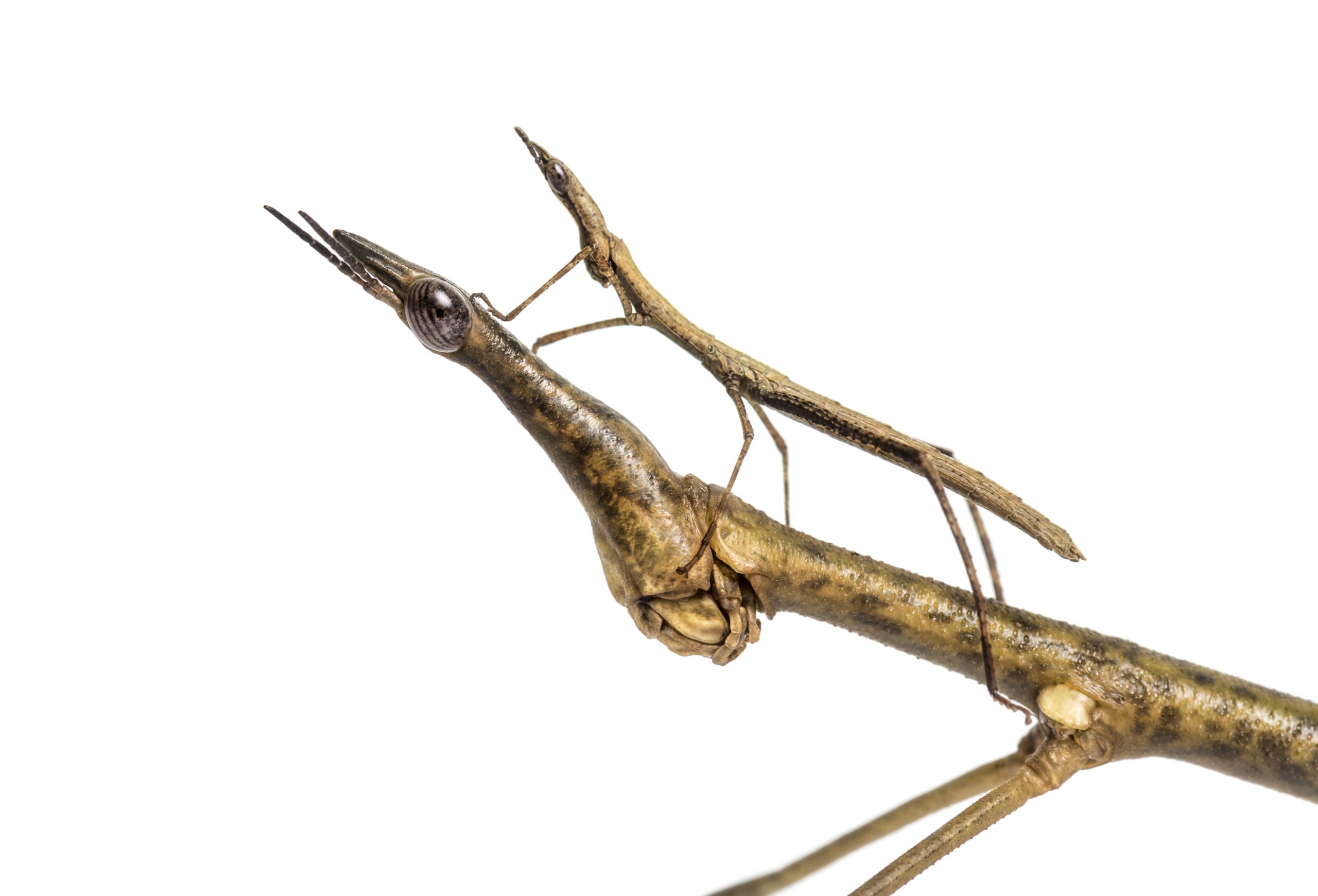 Phasmids are fascinating insects. Many stick insect species are known for being able to reproduce parthenogenetically, some mate to reproduce, some can reproduce both sexually and asexually. There is no exact reproduction time for stick insects because every species reproduces at a different speed.

The reproduction can start after reaching maturity. Some species mate, others don’t. Some can reproduce both sexually and asexually. In some species, only females are known and it is unclear if males even exist.

How Long Does it Take Until Females can Lay Eggs?

The lifecycle of stick insects involves several molts before males and females are fertile and ready to mate.

Stick insects molt six to nine times before they reach maturity. Once they are adults and able to mate, they don’t molt anymore. The months to maturity can differ between the species and sexes. Some only need 2 months until they reach maturity, others need up to a year.

In some species, females need longer to reach adulthood than males.

After their final molt, it takes around 3 to 4 weeks until females start to produce eggs.

In the following, you will find a list of the most common stick insects with their time to maturity and incubation period of the ova.

How Long do Stick Insects Take to Hatch

After the female stick insects lay the ova (= eggs), it can take several months for them to hatch. There are different ways of laying eggs. Some species simply drop the ova to the ground, some catapult them out of the abdomen and fling them far away, and some bury them in the soil on the ground.

As a whole, depending on the species, temperature, and humidity, stick insects can take anything between one month and 12 months to hatch. Every species has a different incubation time.

Once the ova is all set in a nice, warm, and humid place to develop, the incubation time can differ a lot depending on the temperature and humidity. Some ova only need 4 weeks to hatch, while others can take up to 2 years until the nymphs hatch. Every species is different and the ova must be treated differently as well.

In the following, you will find a list of the most popular and common stick insect species including the months to maturity and the incubation time of the ova.

Months to Maturity and Incubation Period

Here are some examples of popular pet stick insects and their timespan to maturity.

Months to maturity: 4-5 months on average

The ova have an incubation period of 2-3 months. This species is very prolific and has a high success rate.

Months to maturity: 8 months on average

Incubation time: 3-7 months, depending on humidity. Sometimes it can take up to 12 months, especially the ova that was laid parthenogenetically (unfertilized ova). The success rate is only at 40-50%.

Do Stick Bugs Give Live Birth?

All stick bug species lay eggs. No stick bug gives live birth. There are stick insects that reproduce by mating, some reproduce asexually (= parthenogenetically), and some species can reproduce both sexually and asexually.

Depending on the species, the females will either drop the ova (= eggs), fling it out of the abdomen, or bury it in the soil.