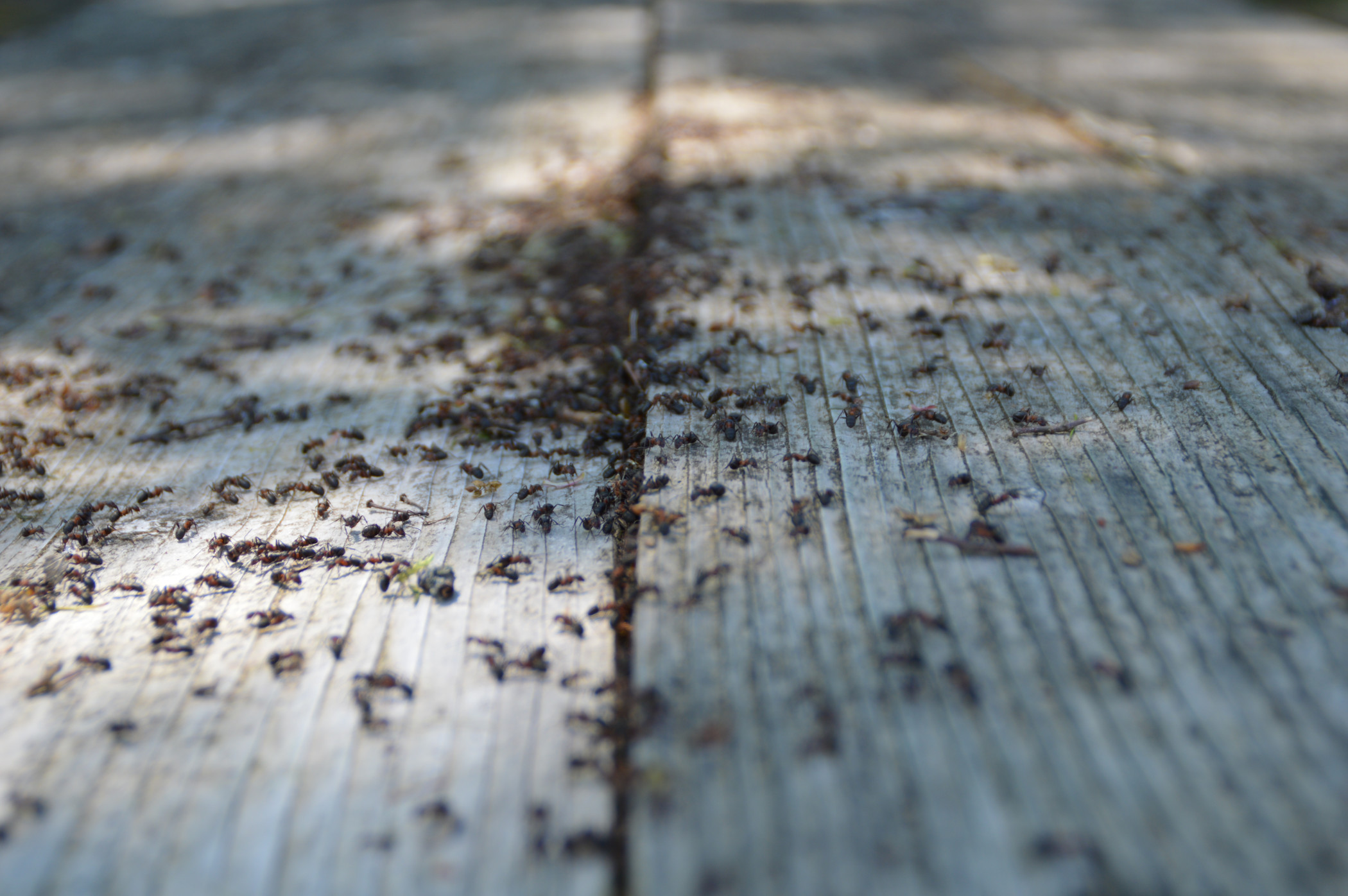 Starting your own ant colony is an exciting project. You might be wondering how many ants you need in order to start a colony. If you look around and see ant nests you can see thousands and thousands of workers crawling around and collecting food. You will not need thousands of ants to start a new colony.

As a whole, only one mated queen ant is needed to start a colony. If you are planning an ant farm instead of your own colony, you might want 20-50 ant workers to start with.

Ant colonies can contain up to 500.000 worker ants, depending on the species and the region.

Crazy fact: The largest ant supercolony was found in southern Europe and scientists assume that it contains billions of workers.

Can One Ant Start a New Colony

This might sound very unlikely to you but in order to start a new ant colony, you will only need one ant.

As a whole, one ant can start a new colony but it has to be a queen ant that has successfully mated with one or more male drone ants during the mating flight. One queen ant will be able to establish a thriving ant colony with thousands of workers.

Only a queen that is able to lay eggs can build a new colony. Worker ants cant reproduce even if they are female.

If you found your queen ant and she already started laying eggs, give her some privacy, otherwise, she might eat them if she is stressed.

Wait until you have 50-100 workers before you place your ants into a bigger place. Before they reach this number of workers they can stay in the tube, where it all started.

By the way, we have a full guide on how to catch a queen ant right here.

Can Ants Start a New Colony Without a Queen?

If you are planning to establish a new colony, you will need a queen ant since she is the only one who is able to lay eggs and thereby keep the colony alive. Worker ants can get several weeks to months old but will die without other new ants replacing them.

Without a queen ant you can still keep worker ants watch them work, collect and eat food and build tunnels for as long as the workers live.

Keeping an ant colony is a long-term hobby. Depending on the species, queen ants can become up to 15 years old or even older.

Do You Need a Queen Ant to Start an Ant Farm?

You might have a hard time getting your hands on a queen ant, so what can be done about that?

As a whole, a queen ant is not needed to start an ant farm. Around 20 to 50 worker ants can be used to start a small ant farm. But without a queen, an ant farm won´t live for long because workers can´t reproduce on their own.

For an ant farm, you don’t necessarily need a queen.

20-50 ants are totally fine to see how ants work and get to know their daily lives. They will build their nest with tunnels, will collect food, run around, communicate with each other, and function perfectly like a colony with a queen.

The only difference is that the egg-laying queen is missing.

This leads to a slowly but steadily dying ant family, which is perfectly fine as long as your goal is to watch your worker ants and maybe learn something about these fascinating creatures.

But if you are planning to build a new and long-term colony, you will need a queen ant to lay the eggs which develop into new ants.

How Do You Keep Ant Farms Alive

Ant farms can last some weeks, months, or if you are lucky up to a year.

An ant farm can´t live for longer than a year without a queen who creates more workers. The lifespan of a queen can be anywhere between 10 and 30 years depending on the species while a worker ant usually lives anywhere between a few weeks and a year.

But that depends highly on the species, the age of the workers you put on the farm, and how you treat them.

Assuming that the ant farm does not contain a queen ant, ant farms can not live forever.

What Do Ants Eat and Drink?

Now that the ants are on the farm, you might be wondering how to feed them properly.

Just like any other pet, they need water and food.

Water for the ants:

They don’t need a big pool. A few drops of water, depending on the size of the farm, are enough. You can use the lid of a bottle as a drinking bowl.

Make sure that they always have some water.

In addition to the drinking bowl, you might want to increase the humidity in the ant farm to give the ants some more water.

They will drink the tiny drops of water from the soil if they are thirsty.

You can spray just a little bit of water on the inside of the glass of the farm.

It is not recommended to spray directly on the soil, because the tunnels might collapse if you do so.

Food for the ants:

Most ants eat basically everything. For a healthy diet, they need carbs and protein. You can offer them carbs in the form of sugar water, nectar, honey, nectar, fruits, or seeds.

The protein can be given through insects such as crickets or worms.

Do not give them too much at once to prevent mold in the ant farm.

Most ants do not like it to be too hot or too cold. Keep the ant farm away from direct sunlight, or you might burn them. They like it warm. This is why you see so many ants in summer and they all disappear when it gets colder.

If you keep your ants in an air-conditioned room, they might slow down in their actions but it won’t harm them.

How Do New Ant Colonies Start?

New ant colonies start with one mated queen ant. She settles down in a safe place and starts producing eggs, which eventually develop into female workers.

If you found a queen ant and plan to start a colony, you can put your queen into a test tube, which simulates the soil in which she would usually start laying eggs.

Do separate the queen ants and never put more than in one test tube. The risk is high that the queens will kill each other at some point because each colony only needs one queen.

The test tube should be filled with some water. The part with the water is closed by a cotton ball, then comes the queen ant and then you close the tube with another cotton ball.

The queen in the tube does not need any food. She will hydrate through the cotton, which soaks the water in.

When the queen is in her tube, do not disturb her anymore. You can simply put her in a dark, warm place and if you have to check, don’t do it more than once a week.

She will do her job and lay eggs that develop to workers. Do not feed them, until they start pulling on the cotton. This could be a sign that they need their first meal, which could be a drop of sugar water.