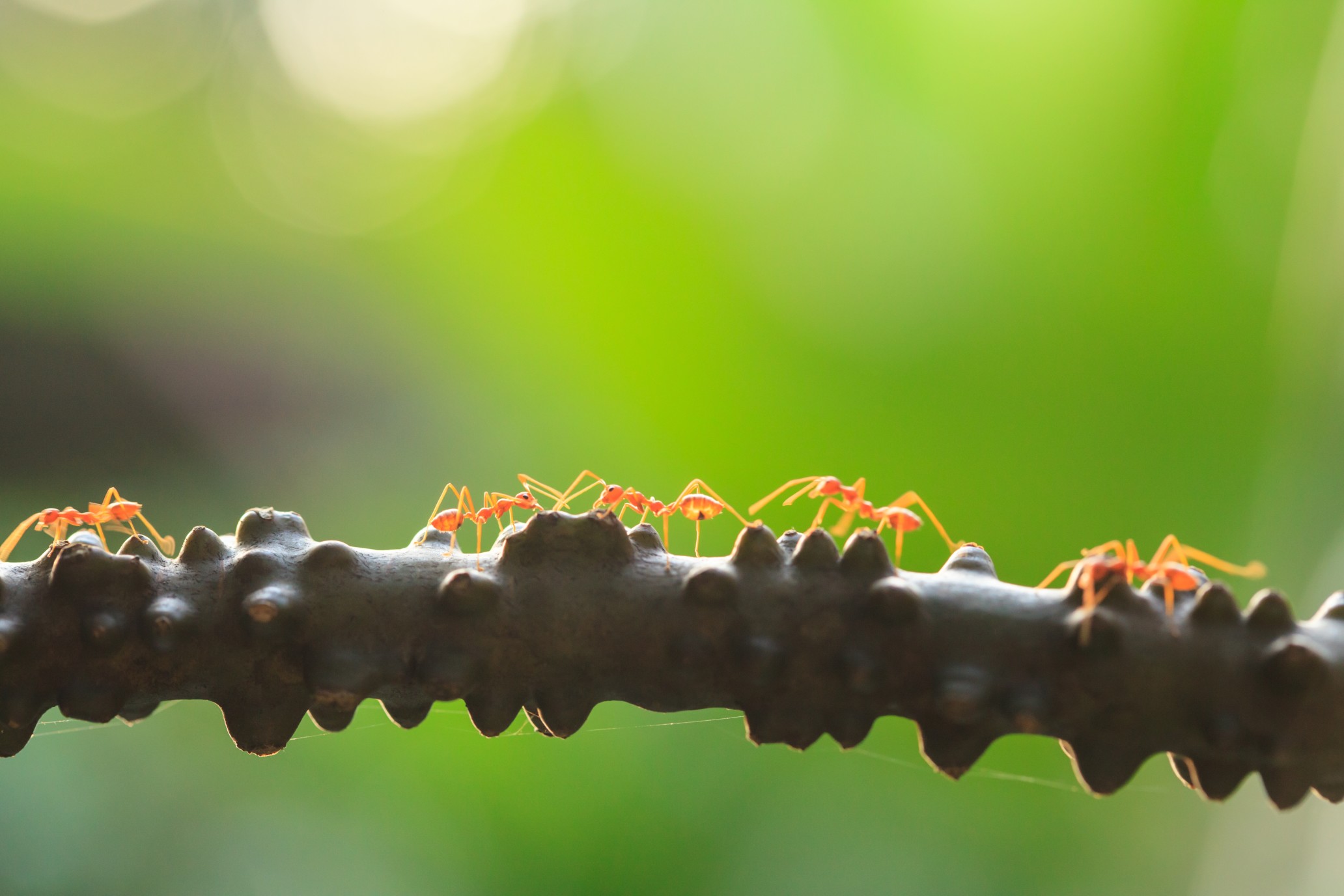 Keeping pet ant colonies can be an exciting and educational hobby. It also comes with responsibility, just like any other pet. There is quite a difference between keeping an ant colony with a queen and keeping ants in an ant farm without a queen. In both scenarios, you can watch them work, scurry around, build tunnels and eat. The big difference is the lifespan of your pet ant family.

As a whole, it can be stated that an ant colony lasts as long as the queen lives and lays eggs. The workers will survive for a few weeks or even months without their queen but will eventually die out. Colonies with queens can last for years or even decades depending on the ant species.

Another factor is obviously how well you take care of your ant colony.

The most crucial part is the first few months when the colony is not fully established yet. But after that crucial point ant colonies are surprisingly resilient and will live for multiple years.

Can an Ant Colony Live Forever?

Most ant colonies’ lifespan is dependent on the queen’s life. And most colonies have one queen.

As a whole, an ant colony won´t live forever because queen ants only have life spans of several years, depending on their species, the worker ants only live some weeks or months and are replaced continuously by new ants, made by the queen. This means that if the queen dies, after some weeks or months, the entire colony will be dead.

There is an exception to this rule.

There are also species, such as the pharaoh ant (Monomorium pharaonis) that have several queens and quickly build subcolonies if the colony gets too big.

Some species, such as the fire ant and the Argentine ant built supercolonies in new environments. In a supercolony, ants stop fighting against same-specie-colonies and work with their sub-colonies together.

This makes them kind of immortal.

Ant keepers sometimes face the fact that their queen died and they do not want to let their colony die.

Some attempts to replace a queen in a captive ant colony were successful, but in most cases, ant colonies will not accept a new queen.

As a whole, the majority of ant colonies cannot live forever because the lifespan of the colony is dependent on the queen’s life and breeding activity.

Can Ants Live Without a Queen

Ants can live in ant farms and colonies without a queen for a limited amount of time. They will keep doing their jobs, collect food, take care of the breed and build tunnels but without a queen, they will die out eventually.

The queen ant is the only ant of the colony that can lay eggs and thereby makes sure that the colony lives on.

The life of a normal worker ant is not dependent on the existence of a queen but at a certain point, she needs to be replaced because her lifespan is not very long.

As a whole, it can be said that ants can live without a queen but an ant colony in which the queen died will also die out within weeks or months.

Can a Queen Ant be Replaced

If a queen ant dies will the colony really die or is it possible to save the colony by introducing a new queen? Or will ants replace the old queen automatically with a new queen?

As a whole, in an ant colony with only one queen, a queen will not be replaced even if she dies. There are a few exceptions to that rule. Ants in supercolonies and ants in captivity sometimes show different behavior than their conspecifics and replace their dead queen with a new one.

Worker ants will never look for a new queen from outside their own colony to replace their own queen.

Supercolonies were often established when ants were accidentally imported to places where they were not endemic.

Usually, ants from different species and different colonies fight against each other in nature to protect their own nest and colony. In supercolonies, this does not happen.

On the contrary, ants in supercolonies all work together and grow to extremely big colonies. One prominent example is the argentine ant (Linepithema humile).

In this scenario, there are several queens that can always replace each other and the colony will just keep growing and growing because the newly established sub-colonies all become part of this huge supercolony.

Ants in captivity sometimes also accept a new queen, but this is only possible if the ant keeper highly intervenes in the natural process.

This happens by slowly introducing a new queen to a few workers of the old colony, and adding new workers bit by bit if the new queen is accepted by the workers to get to know her.

But a new queen will never take care of eggs laid by the old queen, she will start with her own eggs and will let the old breed die.

This rarely works out but sometimes it does and the old colony can be saved.

How Long Will an Ant Colony Last Without a Queen?

The horror of every ant keeper is the day they realize that the queen of their favorite colony has died. But how long will the colony live if no queen is present to lay new eggs and produce new offspring?

As a whole, an ant colony will last anywhere from a few weeks to a year without a queen depending on the lifespan of the workers, and the number of eggs and lava that the queen laid before she died.

The lifespan of an ant colony is highly dependent on the queen.

The queen can live for years while the normal worker ant has a lifespan of some weeks or months, depending on the species.

Depending on the lifespan of the workers and the number of eggs the queen has already laid, the duration of the colony without a queen can differ from some weeks up to a year.

How Long Does a Queen Ant Live?

The lifespan of a queen ant depends on her species and environment.

A queen ant usually lives for 10 to 20 years depending on the species of the ant. Queen ants in captivity will usually live longer than wild ants. The oldest queen ant ever recorded was a Lasius Niger in captivity in a laboratory. She lived for almost 30 years.

Queen ants in captivity that are cared for well, can live longer than queen ants that are exposed to predators, natural influences, and of course humans.

Usually, queen ants will get between 10 and 20 years old, depending on their species.

How Long Can a Single Ant Live?

Female worker ants can become between some weeks up to a year old.

Male drones live only for a few weeks, hiding in the nest waiting for the nuptial flight. Once the mating process is accomplished, they will die shortly after.

Most ants you see are female worker ants. They usually live for a few months.

How Do Ant Colonies Start?

A new ant colony is started by a queen ant. She leaves her colony, where she was born, and takes off for her nuptial flight. During this nuptial flight, she mates with male drones that will die after that flight. The queen on the other hand will now start looking for a nice place to start her new colony.

She will dig up holes in wood or soil to hide in the dark and start laying eggs.

These eggs will develop into female worker ants.

The more eggs the queen produces, the bigger the colony grows and at some point, the queen will start laying eggs that develop into new queen ants and male drones to start the whole process again.