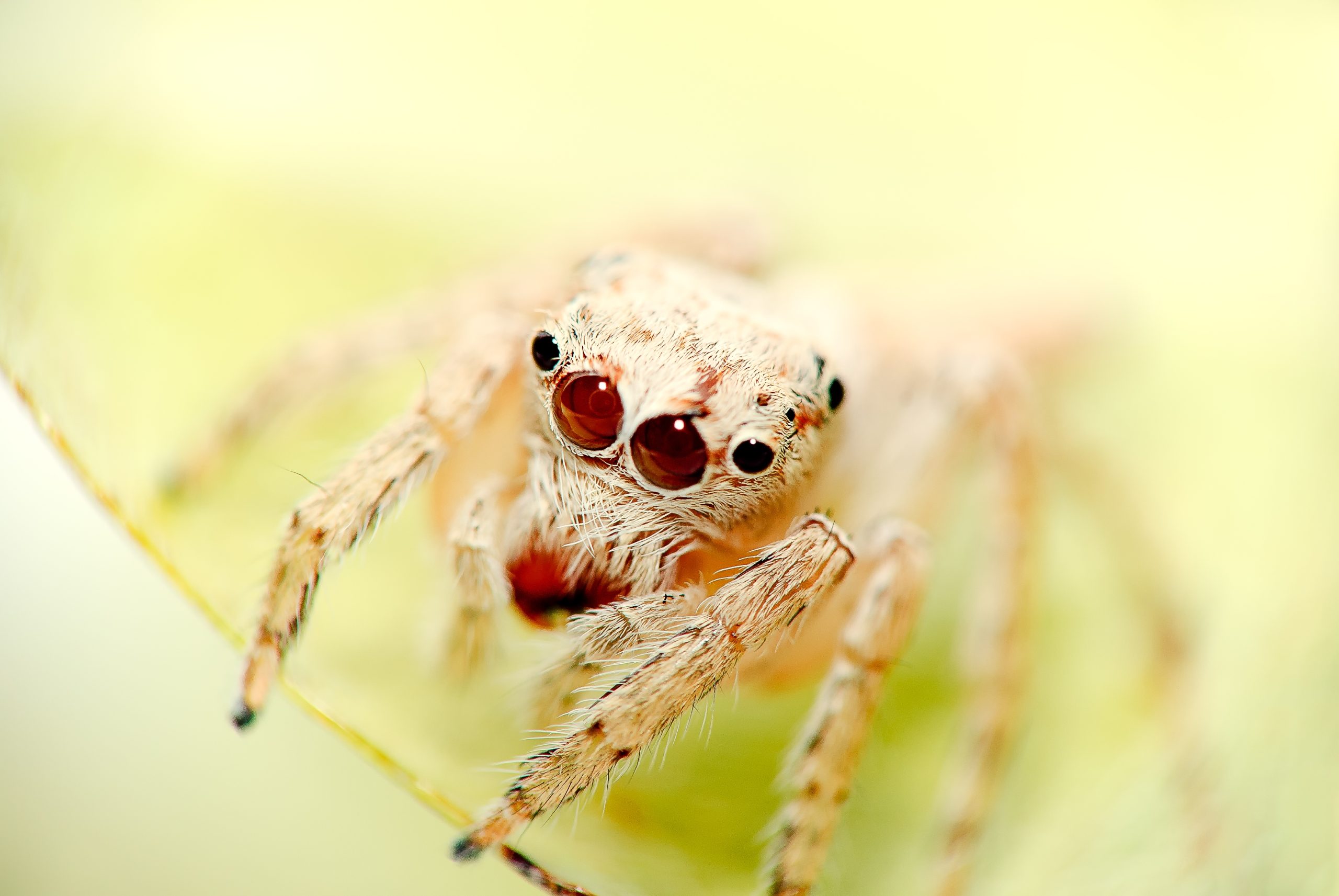 Spiders are a fascinating species that have a lot of really interesting tricks to catch their prey or survive the cold but how intelligent are spiders?

As a whole, most spiders aren´t very intelligent and act on basic instincts only but some spiders, like the Portia jumping spider, are intelligent and capable of problem-solving, remembering previously observed behavior from other spiders, and using that knowledge to their advantage.

Intelligence is defined as the ability to acquire and apply knowledge and skills. Most spiders have very strong instincts and are able to survive on these instincts alone.

But some spider species, like the jumping spiders and tarantulas, can show behavior that lets us conclude that they have at least some basic ability to learn and apply that knowledge to certain situations.

And then there is the Portia jumping spider that shows complex problem solving and the ability to hunt other spiders by observing their behavior and using that against them.

The Smartest Spider in the World

It is hard to definitively say which spider is the smartest spider but one big contender is the Portia a genus of jumping spiders that can be found in Australia, Africa, China, Madagascar, Myanmar, Nepal, India, Vietnam, and Taiwan. But how smart is this little jumping spider really?

As a whole, the smartest spider is called Portia and belongs to the genus of the jumping spiders. It is so smart that it can solve complex problems, observe and imitate behaviors from other spiders and use them to its advantage.

The Portia jumping spider hunts other spiders. It often observes and imitates behaviors to trick other spiders in order to hunt them down.

For example, when hunting a web-building spider they often simulate that something was caught in the web of the spider by shaking or damaging part of the web.

The spider sitting in the web will then come and investigate running directly in the trap that the Portia jumping spider has laid out for it.

This proves that the Portia jumping spider has the ability to observe a specific behavior and then use that behavior for its own advantage to trick other spiders.

Another example of the smarts of the Portia spider can be seen when it is hunting Euryattus spiders. They also belong to the genus of jumping spiders but they are much smaller than the Portia jumping spider.

The females roll up dried leaves that they stick together with their webs. They will then wait inside these leaves for a male spider of the same species to come by and mate with them.

After mating, they will lay their egg sacks inside these rolled-up leaves where they stay protected until they hatch.-

The Portia jumping spider has observed exactly how the male Euryattus spider shakes the leaf and imitates that when it finds a rolled-up leaf.

The female will come out expecting a mate but instead, she will be eaten by the Porta jumping spider.

They have very good eyesight and often spot their prey from far away. They will often plan their approach to find the safest route to their prey and often already know what to do when they get there.

All of these things make the Porta jumping spider one if not the smartest spider in the world. And it proves that some spiders are indeed very smart even though most spiders are driven by basic instinct only.

Most spiders have very poor eyesight with some exceptions, like the jumping spiders, who are able to see quite well and from quite far away. But are spiders able to recognize a human by looking at him or by using other sensory organs?

So most spiders actually hear humans rather than see them. Even though most spiders have multiple eyes their eyes can usually just sense motion and nothing more.

Yes, you read right, spiders can basically hear with their legs.

Spiders can use their senses to recognize and differentiate humans from other animals but a spider will never recognize their owner.