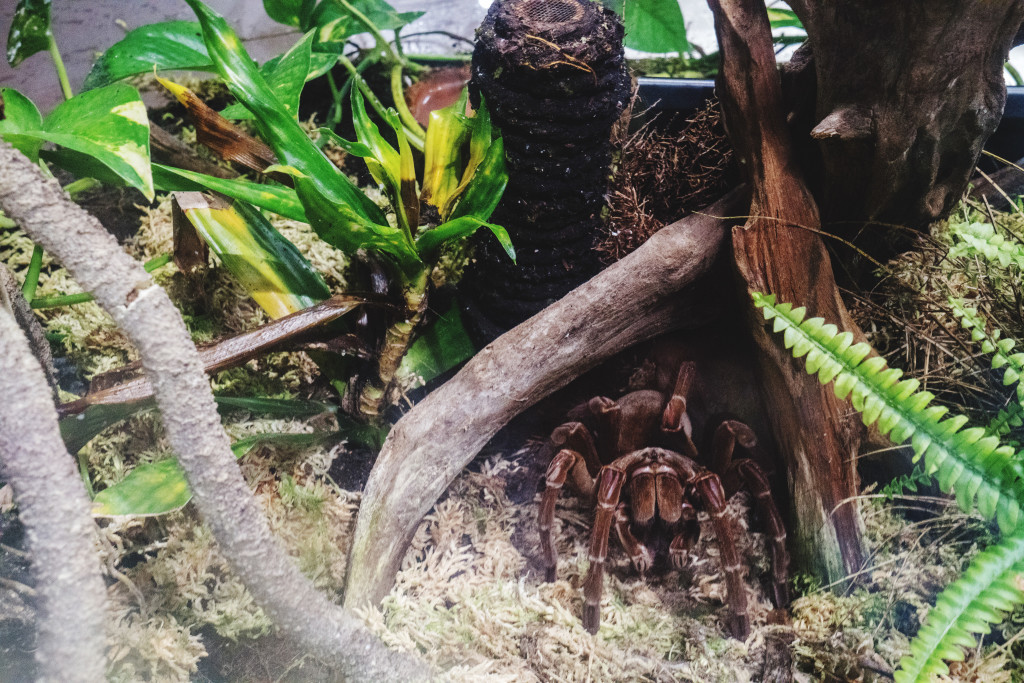 Tarantulas mostly live in warmer regions but they are able to survive the winter even if it is a really cold one. But what do they do exactly to survive the colder temperatures?

It is quite hard for us to know exactly how tarantulas survive the winter but we can speculate based on observations and what we know of tarantulas in general.

So they probably burrow deep underground where it is slightly warmer than on the surface.

They probably also slow down their metabolism so that they don´t need much or any food during the cold months.

We can also observe a similar behavior with tarantulas that are held in cages. If they come from regions where the winter is usually cold then they will start to retreat to their hideout and they will sometimes even eat less.

Interestingly, this behavior can also be observed with tarantulas that are held in areas where it doesn´t get much colder in the winter. It is probably instinctive behavior.

Do Tarantulas Go Dormant in the Winter?

You might be wondering if tarantulas go dormant during the winter and if you as an owner have to do something in order to make it possible for them to go dormant.

As a whole, tarantulas that naturally live in colder climates have periods where they appear to hibernate. They don´t eat during this period. Tarantulas usually burrow themselves during the colder months to survive the lower temperatures.

Some spiders held in captivity will also show a similar behavior where they seal their burrow or hideout during the winter months. They won´t eat or come out during this period.

If they insist on going into hibernation then it is best to turn off any heating elements that artificially heat up the cage. This is to simulate the winter coming and it will ensure that the spider doesn´t dehydrate in its hideout during this phase.

That being said, not all tarantulas will show behavior like that and it is important not to confuse this behavior with how a tarantula is acting when it is preparing itself for molting.

How Well do Tarantulas Handle the Cold?

You might be worried that your tarantula will have a hard time when the days get shorter and colder but you may be surprised at how well tarantulas are able to handle the cold.

As a whole, tarantulas are true surviving experts. They don´t die that easily just because it gets colder than what they are used to. Tarantulas can handle the cold quite well, even those who naturally live in tropical enviroments. But that doesn´t mean that they like it.

You don´t have to worry if the cage of your tarantula is slightly colder than what the perfect conditions for that species specify.

Just make sure that the temperature isn´t much lower than the required temperature. Your tarantula won´t mind for a few days but if they are forced to live in a cage that is much too cold for them for years then your tarantula might get sick.