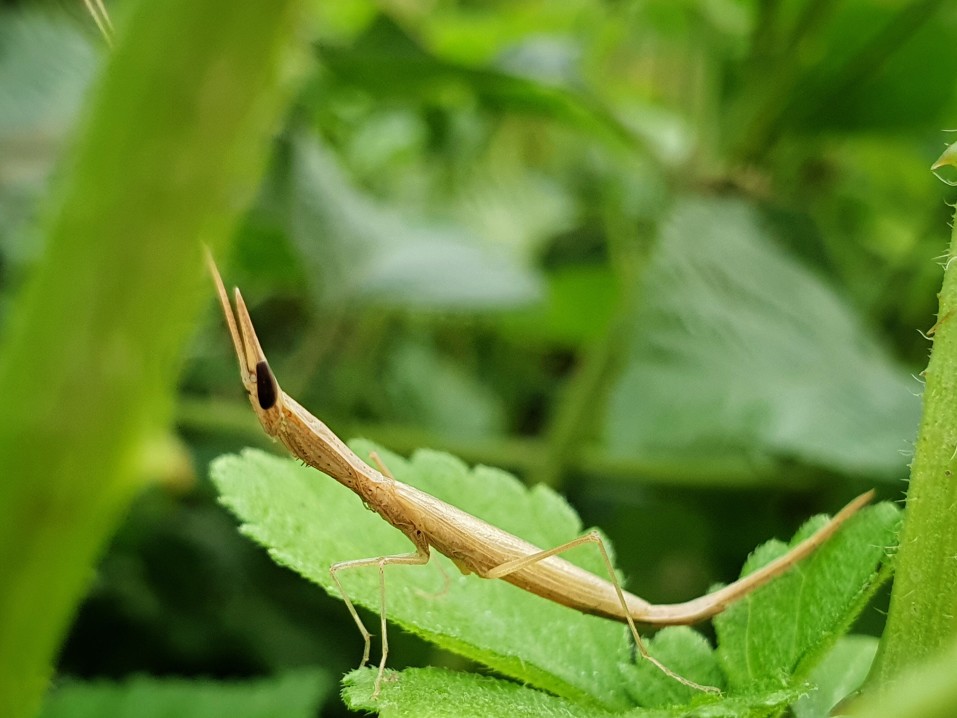 As a whole, some stick bug species reproduce exclusively sexually, while other species can reproduce both sexually and pathogenically. Females can lay eggs, once they reached adulthood after their last molt.

In the following, you will find information on how sexual and pathogenic reproduction work for stick bugs, how the eggs develop, and how long it takes for nymphs to hatch.

Stick insects have a really interesting way of reproduction. While some species reproduce sexually with a male fertilizing the eggs that the female produces, some species are also able to reproduce asexually.

Many stick bug species reproduce sexually. That means that a male and a female stick insect are needed to create fertilized eggs that the female lays. Examples of sexually reproducing species are the Jungle nymph and Zompro’s Stick Insect.

Stick bug species that reproduce exclusively sexually need both a male and a female stick insect for reproduction. Without a male, the female will still lay eggs, but these eggs will never hatch because they are infertile.

How do Stick Bugs Mate?

In order to mate, female adult stick insects send out pheromones to make it easier for the males to find them.

Unfortunately, the impressive camouflage, the slow movements, and the rather low population of many stick bug species make it harder for the male to find a female fit.

This is probably one of the reasons why asexual reproduction has developed. Otherwise, some species might have already died out.

But let’s assume that an adult male stick bug followed the chemicals released by the female and found its way to the desired member of the same species.

The male has to climb on the back of the female walking stick and shift his abdomen to be able to attach to the female’s abdomen.

During this process, which can last several hours, many days, or even some weeks, the male fertilizes the female’s eggs with his sperm.

When two bugs are attached to each other, they are more vulnerable to predators because they can be seen more easily.

Once the mating process is accomplished, the female can lay fertilized eggs that will hatch into both males and females. Some females will drop the eggs on the ground, others will hide them behind some tree bark.

There is a lot of information out there on stick insects reproducing asexually. But in fact, many stick bugs reproduce sexually. Here are some examples of walking sticks that need both males and females to reproduce. Some have common English names, others only have Latin names:

This is just a very small list of examples out of hundreds of stick bugs that we know of, that reproduce sexually. Don’t be misled by all the information about parthenogenesis in thinking that all stick insects can reproduce asexually.

Parthenogenesis is a process in which females can reproduce without mating. Scientists were able to find out that some stick insect species are able to reproduce asexually when they were kept in captivity and still laid eggs that developed into nymphs.

As a whole, some stick bug species have the ability to reproduce asexually. This process is called parthenogenesis. Only females can lay eggs and all unfertilized eggs will result in new females. These females can be clones of the mother, but not necessarily.

Stick insects are not the only ones in the animal world that use parthenogenesis to reproduce. Other insects that reproduce asexually are some species of cockroaches, aphids, bees, and ants.

In some stick bug species, males are not needed at all. It is unclear if males exist for some of the species that seem to only reproduce asexually because stick insects are so hard to find, that the lack of evidence of males could result from either the nonexistence of males or the fact that humans were not able to find them.

Do all Unfertilized Eggs Result in Clones of the Mother?

While in many cases the female offspring from unfertilized eggs result in female clones of the mother, this is not always the case.

It is true, that all nymphs that hatch from unfertilized eggs are females, but depending on the species, the eggs can result in either genetically identical nymphs of the mother or also different beings.

The process in which a female produces only clones of herself is called apomictic parthenogenesis.

When the unfertilized eggs result in offspring that are different from the mother, the process is called automictic parthenogenesis.

There are some more stick insects that are able to reproduce either exclusively parthenogenetically or both sexually and asexually. This is not a complete listing of all asexual stick bugs.