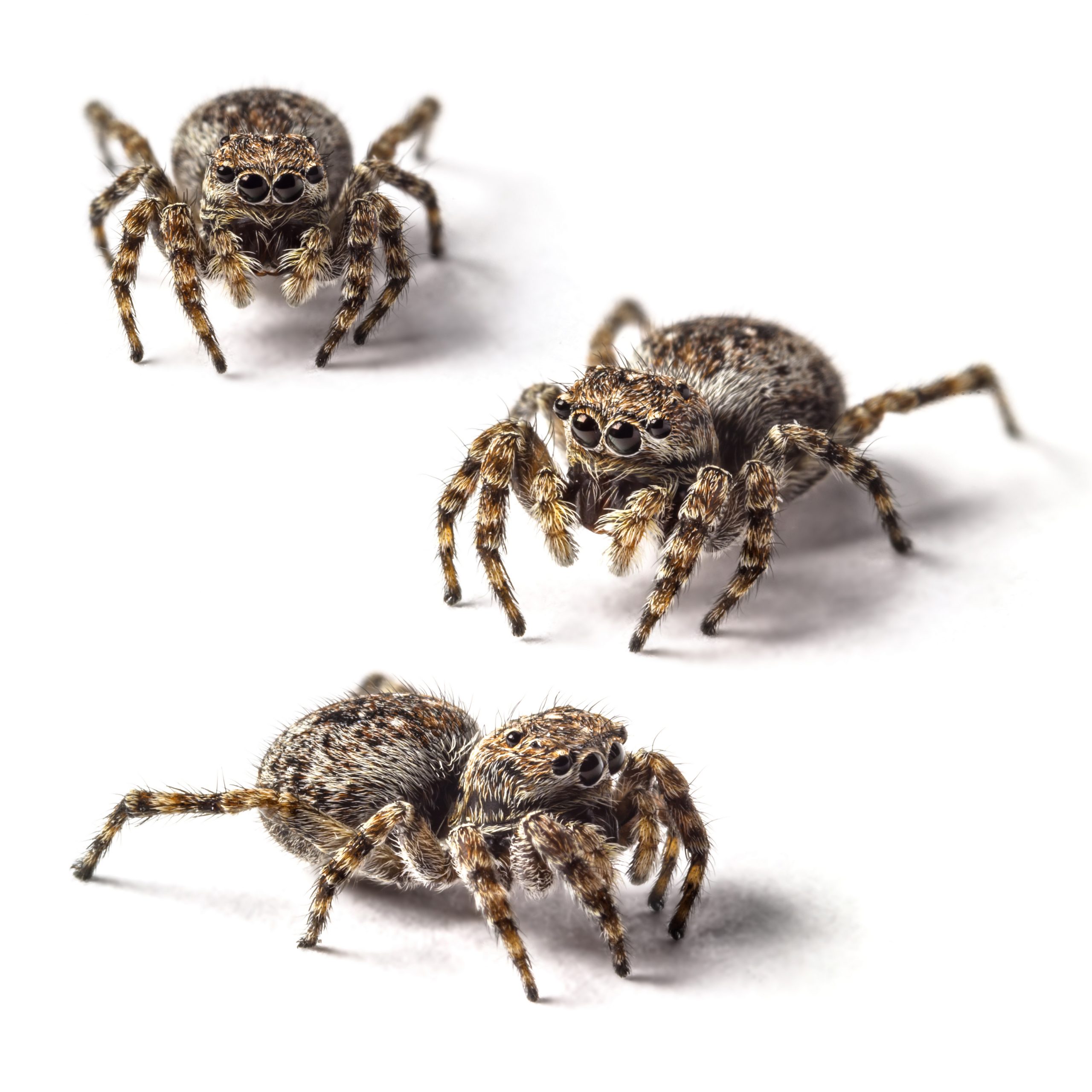 Spiders don´t have blood as we humans do. Instead, they have what’s called Hemolymph. That’s just one of the major differences in spider bodies compared to human bodies so it is no surprise that their legs work entirely different from our legs as well. But how does a spider move?

The hydrostatic pressure system that the spider uses to extend its legs is coupled with its heart rate. The higher the heart rate the more pressure can be used to extend the legs of the spider.

The spider can control its heart rate in order to control the speed at which it extends its legs.

When Spiders move, they usually alternate between two pairs of legs. Two pairs are in the air repositioning and the other two pairs are on the ground.

While two pairs of the spider’s legs are in the air the grounded pair will flex resulting in a forward motion. Then the spider will ground all its legs and raise the other pair of legs up repeating the process.

How do Spider Legs Work?

Now that we generally know how spiders move it is time to look at how the leg of a spider works in detail.

As a whole, the legs of a spider are attached to the body of the spider via hip joints that can move up, down, left, and right. The legs themselves are separated into three regions that can only move up and down. The legs stretch via hydrostatic pressure and flex by using muscles.

The legs of a spider themselves can only move up and down. Only the hip joint can move omnidirectionally.

The spider can increase the pressure of the fluid plasma in its legs to stretch them. There are small muscle groups on the top part of the joints of the spider’s legs that contract to flex the leg.

You can see these muscle groups on bigger spiders.

Smaller spiders don´t have muscle groups to flex their legs. Instead, they simply reduce the pressure in their legs to flex them.

How do Spiders Jump?

Some smaller spiders are exceptional jumpers but how are they able to jump?

They use the same method as stretching their legs but they use a lot more pressure and they increase the pressure almost instantly to get their legs to extend very fast. This can be used by the spider to propel itself forward resulting in a jump.

Spiders are incredibly good at conserving their energy so they usually only jump when they really have to or if they are hunting. Otherwise, this method of movement is wasting way too much energy especially for bigger spiders like tarantulas. This is also why they don´t jump that often.

How are Spiders Able to Climb Walls so Easily?

Probably one of the most impressive things that spiders do, apart maybe from creating webs, is that they are able to climb almost any surface horizontally as if it is nothing. But how are they even able to do that?

As a whole, spiders have very fine hairs at the end of their feed that are microscopically small that they use to get enough traction to climb almost any wall easily. Ants and flies use a similar method to climb on walls.

You might be wondering why we haven’t developed anything similar to this, like a glove with microscopic hairs, to climb on walls. Ans the answer is simple, we are too heavy.

Even if we would create such a thing, humans are just too heavy for this method of climbing to work reliably. A spider, even a tarantula, only weighs a fraction of what a human weighs.