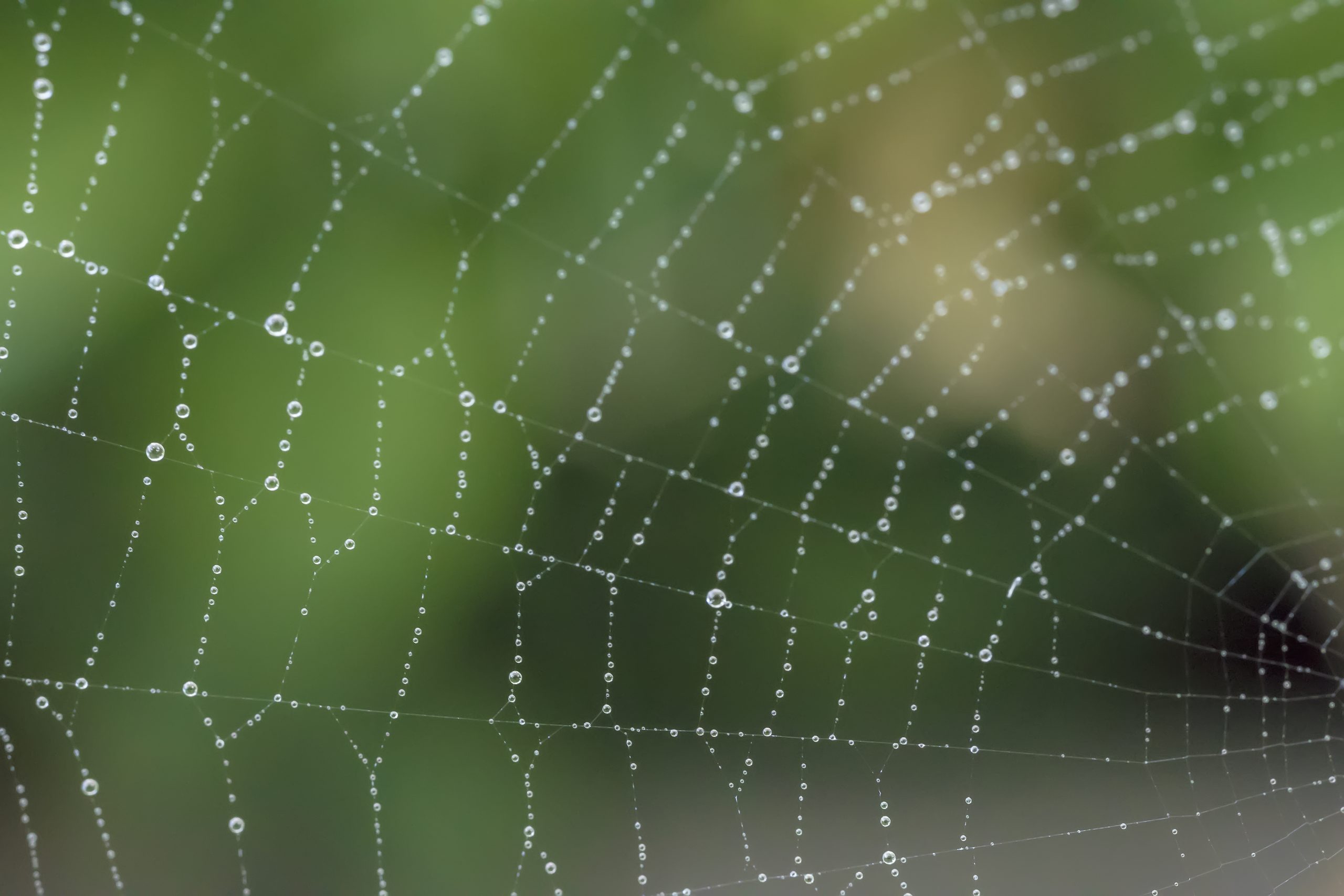 Spiders are truly fascinating creatures that live almost everywhere on the planet and are able to adapt to a lot of harsh environments. But spiders are probably most well known for creating intricate webs to catch their prey with but how exactly do they make their webs?

As a whole, spiders make their webs with the help of a special organ called the silk gland where the spider silk is produced and stored in liquid form. The liquid silk hardens and gets spun to a silk thread in another organ called the spinnerets on the spider´s abdomen.

When building a web the spider will use both kinds of silk to ensure that the web is strong and flexible at the same time.

Each silk gland can produce a different kind of silk but more on that later.

Every spider can make webbing but not every spider will use a web to hunt prey. Tarantulas, for example, only use their webs around their hiding spot to alarm them of potential predators or prey that is nearby.

How do Spiders Produce Silk?

Spiders can produce a wide variety of different silk types depending on what kind of silk gland is used to produce the silk. But how does this actually work and how is the spider able to create silk in the first place?

The silk is produced and stored in liquid form inside the silk glands. When the spider needs to spin a web then the liquid is being transported to the spinnerets where the liquid solidifies into the silk and is excreted out of the abdomen of the spider.

Each gland creates a different kind of silk but not every spider species has seven glands. Most only have three to four.

Here is a table that shows you the different silk glands and what kind of silk they can produce.

Where Does Spider Webbing Come Out Of?

There is a common misconception that spiders poop out the spider silk and some children even believe that spider webbing is just spider poop which is false. But where does the webbing come out of then?

The spinnerets and the anus of the spider are very close together which probably leads to the common misconception that spiders poop out webbing.

Can Spiders Run Out of Webbing?

I personally found this question very interesting and it is not as easy to answer as you might think. So can a spider run out of webbing?

As a whole, spiders can run out of webbing but it is rare. The silk for the webbing is stored in liquid form in the silk glands (an organ of the spider that produces silk). These silk glands only have a limited capacity and if they are empty then the spider has to reproduce some silk which can take a while.

Spiders often eat webbing that they don´t need anymore to recoup some of the proteins so that they can create more webbing.

Most spiders are very careful with their use of webbing because they know that it is important for their survival. So they only use as much silk as they need and rarely run out of silk. But it can happen and if it does the spider will often hide and wait out until the silk glands are full enough to create more webbing.