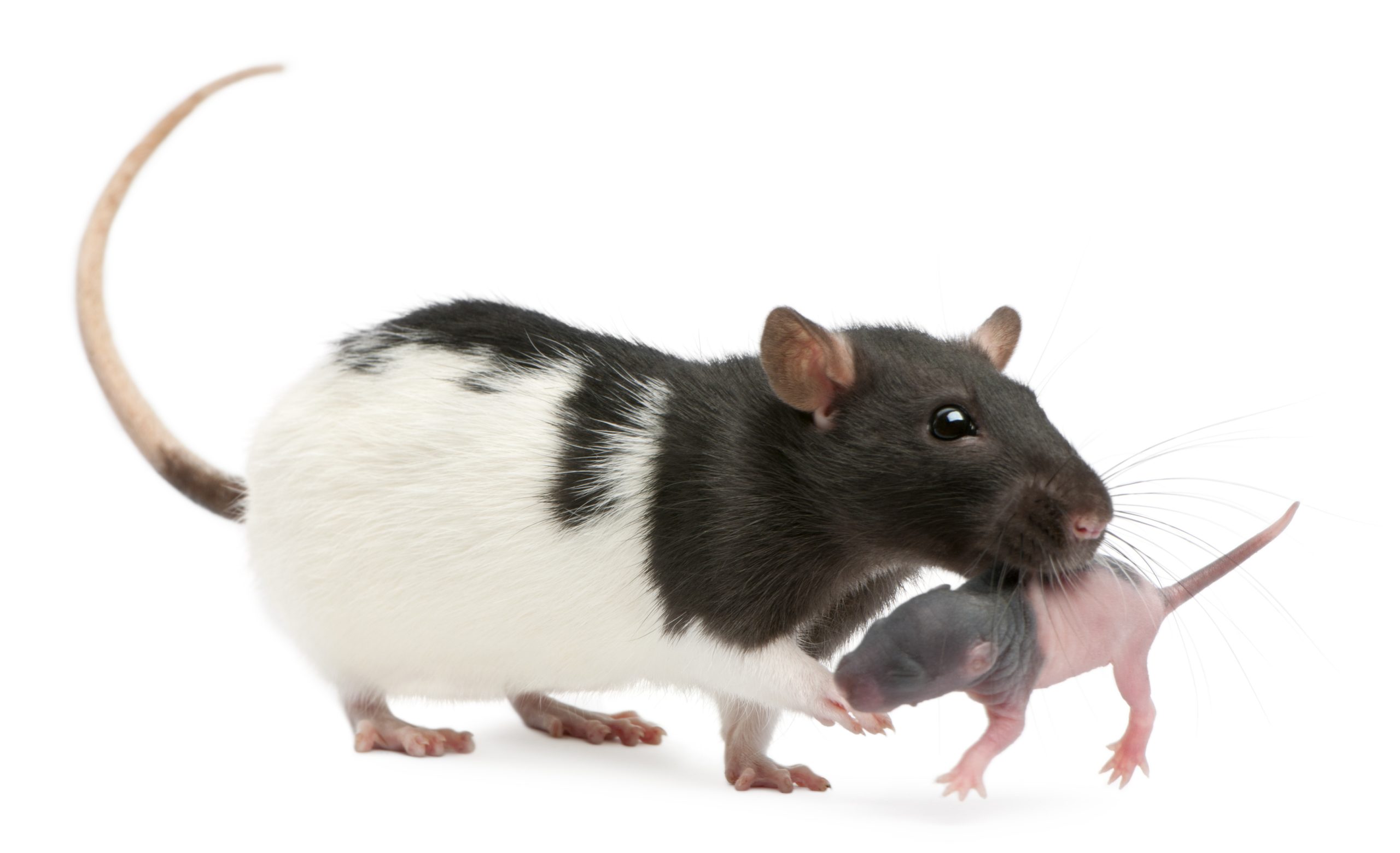 Rats can make super cute pets. But when wild rats live in the attic, cellar, or garden, they can quickly become a pest because of their fast reproduction. Both domestic and wild rats reproduce quickly. Therefore pet rats should always be only of one gender or neutered, to prevent mating and reproduction.

As a whole, rats reproduce sexually. That means both males and females are needed. The fertilization happens inside of the female. The pregnancy lasts around 22 days on average. The females give live birth and the baby rats are hairless, blind, and with plugged ears for the first few days.

In the following article, you will find all the information you need on how rats mate, how quickly they reproduce, and why rats sometimes eat their babies.

Yes, rats reproduce only sexually. Both males and females are needed for reproduction. Without fertilization, a female will not get pregnant.

Asexual reproduction does not naturally occur with mammals.

This is why it is recommended to only have female or only male rats as pets to prevent reproduction. You can also own neuter your rats and mix the sexes.

Rats are not able to lay eggs. The females give live birth.

Baby rats are hairless, the eyes are still closed, and the ears are plugged when they are born. After a few days, they will grow some fur, the eyes will slowly open, and they will be able to hear.

How Do Rats Mate

Rats are very easy to breed. Both males and females can reach maturity within 5 to 7 weeks after birth. If you want to prevent further breeding, you have to separate the sexes before they are mature. This is not as easy as it sounds because it is hard to differentiate between males and females when they are still so little and running around with way too much energy.

If a female is in heat, she is very interested in meeting a male. Rats in general are pretty good at escaping, but females in heat are escape artists, so make sure that your rats cannot escape.

A female in heat will have her vulva open. She will signal the male that she is ready to mate. Males will be very interested in the females and will mount them, in order to fertilize the ova.

How Often Do Rats Have Babies?

Rats reach maturity 5 to 7 weeks after they were born. The reproduction rate is dependent on different factors such as temperature, health, age, malnutrition, and the overall conditions they live in.

As a whole, rats can reproduce all year round. They come into heat every 4 to 5 days and can theoretically mate hundreds of times within just a few hours. On average females have around 8 baby rats per pregnancy. Right after giving birth, they can become pregnant again.

Before the females give birth, they start building nests for their offspring. Depending on the rat species, the average litter can vary between two and 22 baby rats.

Pet rats can mate right after reaching maturity 5 to 7 weeks after they were born. The pregnancy usually lasts around 22 days. After only a short period of time, the females are theoretically able to mate again, even though it is not healthy for the female.

A pet rat of around 18 months will approach menopause. Once her cycle stopped, the female rat is not able to reproduce anymore.

How Quickly Can Rats Reproduce?

Rats are breeding machines. They can reproduce very quickly. Once they reached maturity, they can mate, become pregnant, and have babies.

The pregnancy usually lasts around 22 days.

Every litter can result in several pups. The exact amount can be different every pregnancy and also depends on the type of rat.

Right after giving birth, a female can mate again.

How Do Rats Give Birth?

Female rats undergo labor for one to two hours. They give live birth to around 7 to 12 baby rats per litter. The rats are being pushed through the vagina and out of the birth canal through muscle contractions of the uterus.

Baby rats are hairless, with sealed eyelids, and plugged ears. For around two weeks, they feed on milk from their mother.

Right before giving birth, the female will lose the hair around her nipples which will make it easier for the baby rats to drink.

Why Do Rats Eat Their Babies?

There are several reasons that can lead to this kind of cannibalism.

If a female rat experiences a lack of food or water, overcrowding in a small cage, inadequate nesting materials, or any kind of stress, she might eat her young.

If the offspring has no chance to survive due to any health issues or deformation, this can also lead to females eating their babies.

It makes sense for a female to rather eat the babies that have no or only a tiny chance to survive. Even though it seems cruel, the female can gain energy from eating the young, instead of leaving them to any potential predators.