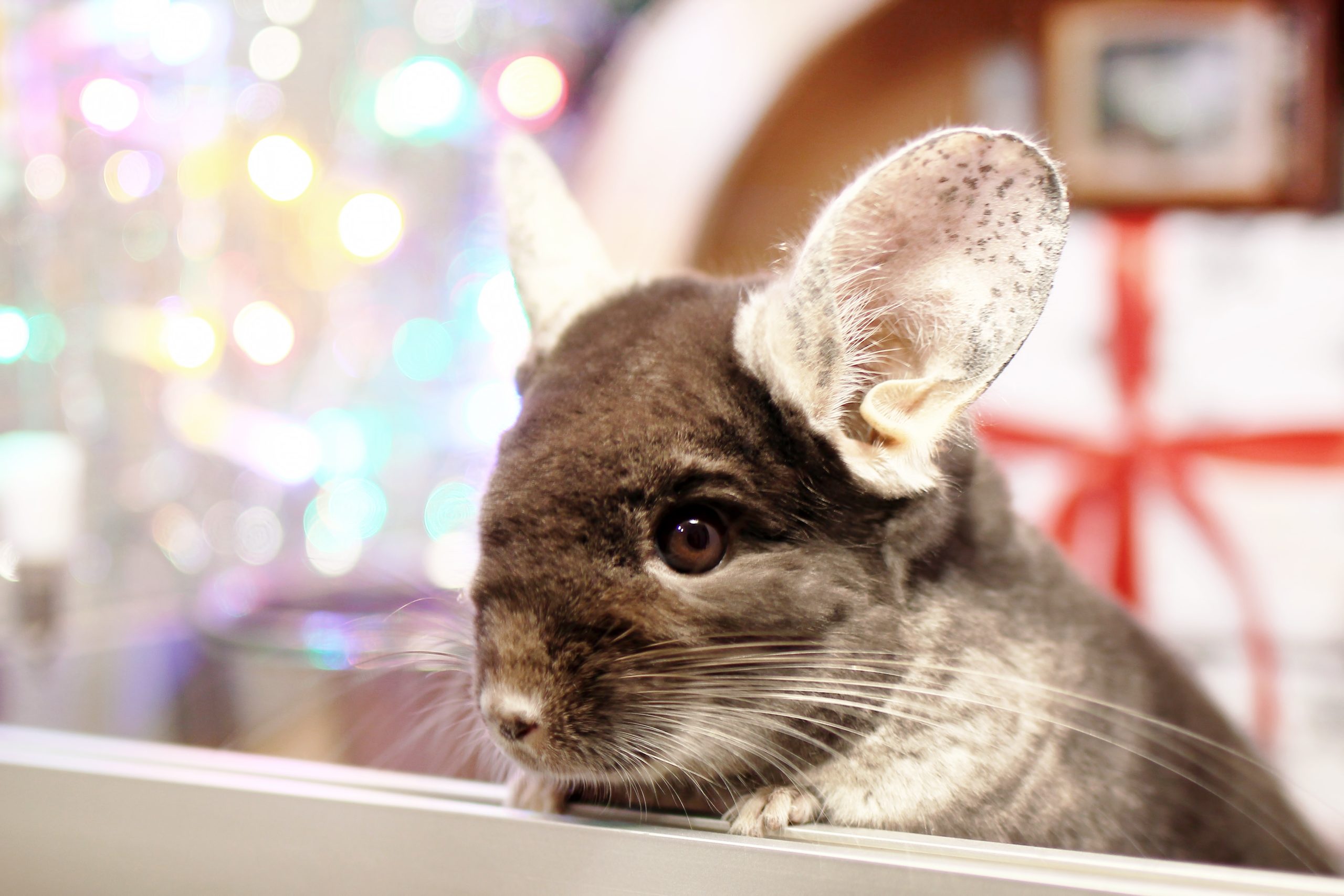 Even though chinchillas are mostly known for their extremely dense and soft fur, they are also very smart animals. In the wild, chinchillas live together in big colonies. They have adapted perfectly to their environment and warn each other when they hear or see a potential threat. Just like most prey animals, they are rather jumpy and get scared easily.

As a whole, chinchillas communicate via sounds, body language, and scents. They squeak, grunt, bark, scream, and grind their teeth to tell fellow chinchillas or their owner, what’s going on.

In the following, you will find information on the different sounds and movements chinchillas make, and what they mean.

What Sounds Do Chinchillas Make and What do They Mean?

Chinchillas can make a variety of different sounds. And every sound can have different meanings, depending on the situation. Try to read the body language as well, if you want to know what’s going on with your furry friend.

When a chinchilla squeaks gently, it is chatting to cage-mates, to you, or simply to themselves. This sound is rather low and can be a sign of curiosity, feeling comfortable and happy, and can mean that your chin found something interesting and wants to communicate this fact, or states that everything is fine, or it is just happily monologing.

Continuous squeaking sounds a little different and is also a bit louder than the gentle squeaking sound. It is either excitement about something or discomfort.

If your chinchilla is constantly squeaking and it’s feeding time, or you just came home, it means that your chin is happy and excited about the situation.

If something is different than usual or your chin seems a bit off and squeaks continuously, it could be a sign of discomfort and distress.

Depending on the situation continuous squeaking can be either very positive or rather negative.

Chinchillas live in colonies, and just like most social prey animals, they warn each other if they detect any kind of threat. Alarm barking is a sign of stress and means that your chin is scared or nervous.

The sound is a harsh, intense, and a rather loud call. This warning call can also be heard when two males are fighting.

This grunting sound is a bit like the alarm barking sound, but chinchillas only make this sound when they fight. It is ok when chinchillas fight occasionally, but if you hear your pets fighting constantly, you might want to intervene and remove one of the chinchillas, before one gets injured.

When you hear chinchillas screaming, you instantly know that something is wrong. Their scream sounds like a sound cry for help and means that a chinchilla is terrified or in a lot of pain.

A chinchilla might make that sound during a fight, or when it is cornered by a predator. If you hear that sound, you should check on your chin, and if your chinchillas are fighting, you have to intervene, because the next step in that fight will lead to a serious injury.

It is an alarm sound which is rather rare.

This sound is known as kacking.

It means that your chinchilla is in defense mode and angry or stressed. Stay away from your pet, if it makes that noise because it is not in the mood for company.

It’s ok if you hear that sound occasionally, but if you hear it more often, you might want to see a vet with your pet to check if everything is alright.

This sound is highly dependent on the situation and the body language.

If your chinchilla is sitting in your lab and enjoying a soft massage, and it is completely relaxed and starts grinding its teeth, it means that it is content, feels safe and happy, and enjoys being cuddled.

But if your chin is in the enclosure, the body is tense, and it does not come closer to you, it means that it is angry or annoying, and will defend itself if you try to touch it. Just leave your chin alone in that case.

Chinchillas are very smart animals. They can learn what certain words or phrases mean, and learn some tricks.

Most chinchillas will learn their names and understand words that are often used such as “no” for things they are not supposed to do. You can also teach them to go back into the cage if they are allowed to run free regularly.