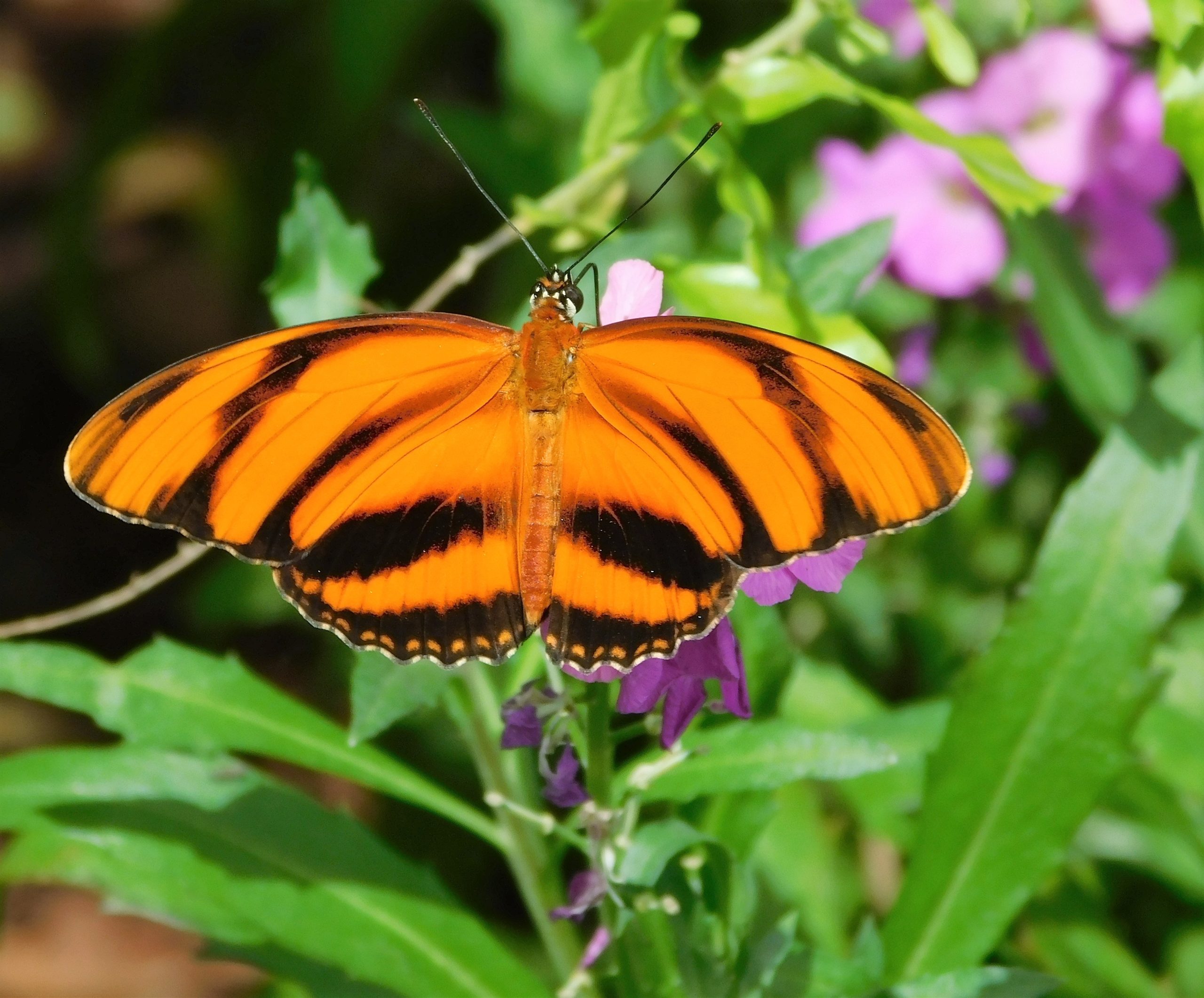 Butterflies are arguably one of the most beautiful flying insects. But unlike humans butterflies are seemingly completely silent and they also don´t have ears so how do they communicate with each other?

How Butterflies Use Color to Communicate

This is the most obvious communication method that butterflies use.

Some butterfly species also use patterns or colors to show what gender they are.

So that other butterflies of the same species know what gender they are by simply looking at them.

How Butterflies Use Sound to Communicate

Some butterflies use sound to communicate with each other.

The hamadryas butterfly (also known as the cracker butterfly) produces a cracking sound with its wings by sharply clapping them together.

This sound is used by the male cracker butterfly to mark its territory and keep other butterflies of the same species away.

But most other butterflies don´t use any sound to communicate with each other they often rely on color, movement, and pheromones for communication.

How Butterflies Use Pheromones to Communicate

Most butterflies primarily use pheromones to communicate with each other just like most other insects do as well.

Some butterflies, like the Phengaris Alcon, also known as Alcon Blue, use pheromones to trick ants into helping them in their caterpillar state.

They will drop themselves close to an ant colony and then emit pheromones that are similar to the larvae of the ant. The ants will think that the caterpillar is one of their larvae and carry it in their nest nursing and feeding it.

Once it has grown big enough it will leave the ant colony, find a nice place, and then develop into a chrysalis and finally emerge as a butterfly.

How Butterflies Use Movement to Communicate

The final communication method is movement.

This communication method is used very commonly by butterflies. Butterflies will flap their wings in different intervals to communicate all kinds of different things ranging from “this is my flower, go away” to “I like to mate with you”.

You might even see butterflies from the same species doing a mating flight. They will fly in circles around each other while constantly showing the colors and patterns on their wings to each other.

Once the mating dance is done they will mate, lay eggs, and then die shortly after.