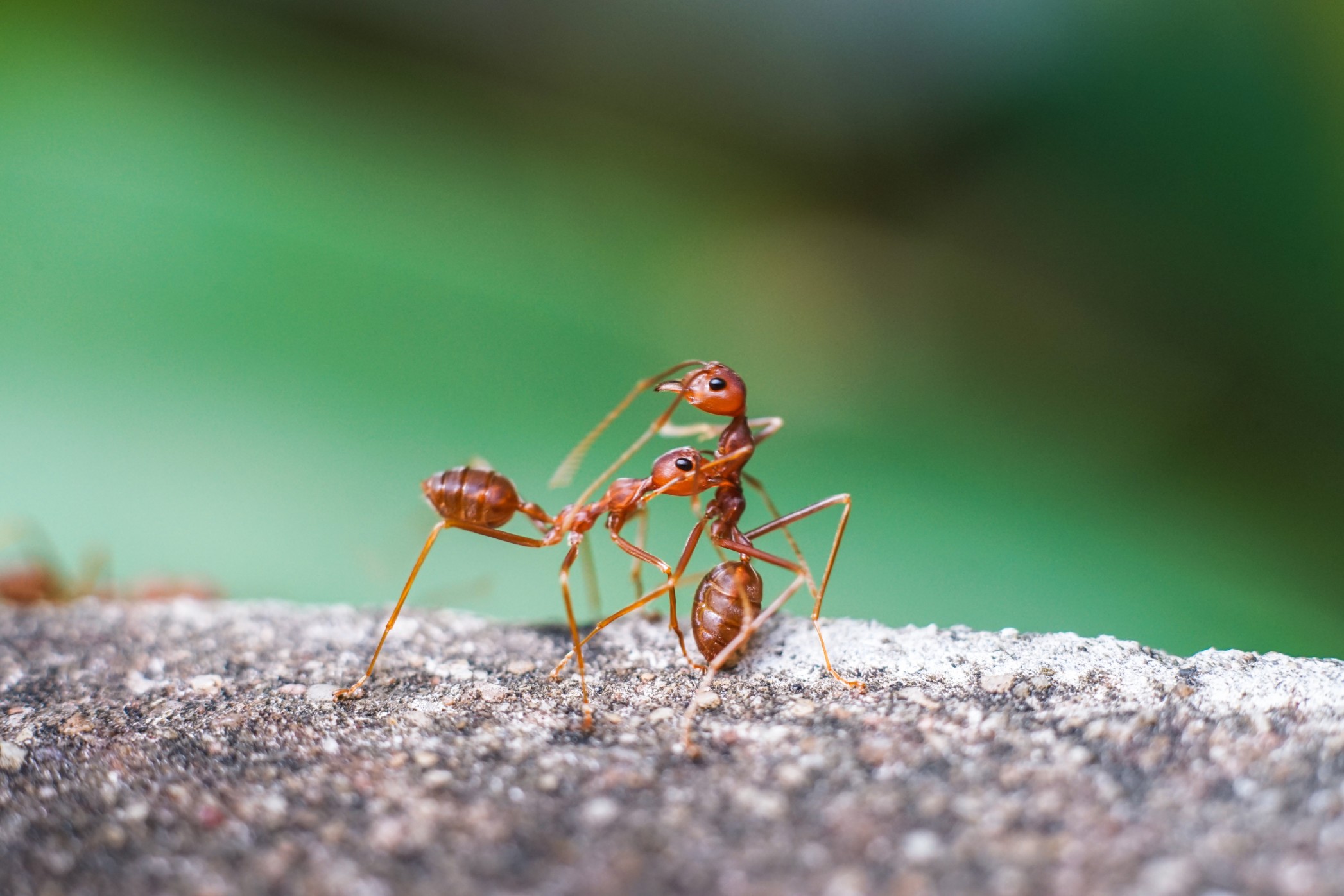 A single ant is not able to survive. Ants are powerful as a group. Together, they are strong, they can survive extreme weather conditions, they can kill insects, reptiles, amphibians, and mammals that are much bigger and stronger than they are and they can fight predators. To do all these fascinating and impressive things together as a colony, they need to communicate with each other. But no matter how close we put an ant to our ear, we can never hear them speak. How do ants communicate with each other?

As a whole, most ants communicate through pheromones. But many also use touch, spit, body language, sound, and drumming on the ground which leads to vibrations that can be understood by the other ants to communicate with each other.

Do Ants Speak to Each Other?

Ants do indeed speak to each other. But they have a different language than us humans.

Most ants communicate through pheromones.

But there are also other ways for ants to communicate. Scientists are still discovering new ways and meanings of ant-communication and the studies are ongoing.

Pheromones are chemical substances that can be compared to hormones. The hormones are inside of a body, whereas the pheromones are outside. They can be released by insects and animals to activate a certain action in the other insect or animal they are “talking” to.

Some pheromones can imply that danger is ahead, and others show the way to a food source.

The best way to see the effect of pheromones is the long lines of ants walking on exactly the same trails. Ants release pheromones to guide the way for following ants of their colony.

Ants release pheromones in all kinds of situations. They can warn fellow ants that a predator is close, or that they need help.

Pheromones can also include information on which nest an ant is from and also on the social status of a certain ant.

In some ant species, pheromones are used to brand an ant. If a worker ant misbehaves the queen can spray pheromones on that ant which is from now on an outsider.

That ant can be tortured, excluded, or even killed by the other ants.

When ants meet, they often touch their sensors or heads making it look like they kiss. During that action, the ants that met exchange spit.

The spit of the ants can contain certain substances that help them to identify each other.

They can tell the other ant, where they came from, what they were doing and what their social status is.

This interaction helps ants to always make sure that the balance between the different jobs in a colony is given.

The jobs can be caring for the queen and the eggs, larvae, and pupae, searching for food, defending the colony, or taking out the trash.

Here is an example of ant-communication via touch and spit:

If a predator killed several ants, the balance between the jobs might be disturbed and there are not enough ants, that search for food.

When the ants crawl around, they always interact with each other and tell the other ant what job they are currently doing.

After a while, the ants will notice that they did not meet enough ants that collect food and will swap their jobs for “food collection”.

More and more ants will do the same until the balance between the different jobs is restored.

Some ants make sounds by rubbing body parts against each other or drumming their head and legs against the ground, causing vibrations that the other ants in the close surrounding can feel.

Some species of the Myrimca ants make a noise by striking a leg against a spike that they have along their abdomen. These sounds often indicate an emergency and a should for help.

The ants of the Myrmica scabrinodis already start communicating through that above-mentioned sound when they are pupae.

The pupae is a state in the ants’ evolution that comes between larvae and adult states. When the pupae strike the leg against the spike, it means “help me” and an adult worker ant walks up to the pupae to guard or save it.

Pupaes that don’t make a sound are ignored and believed dead by the other ants.