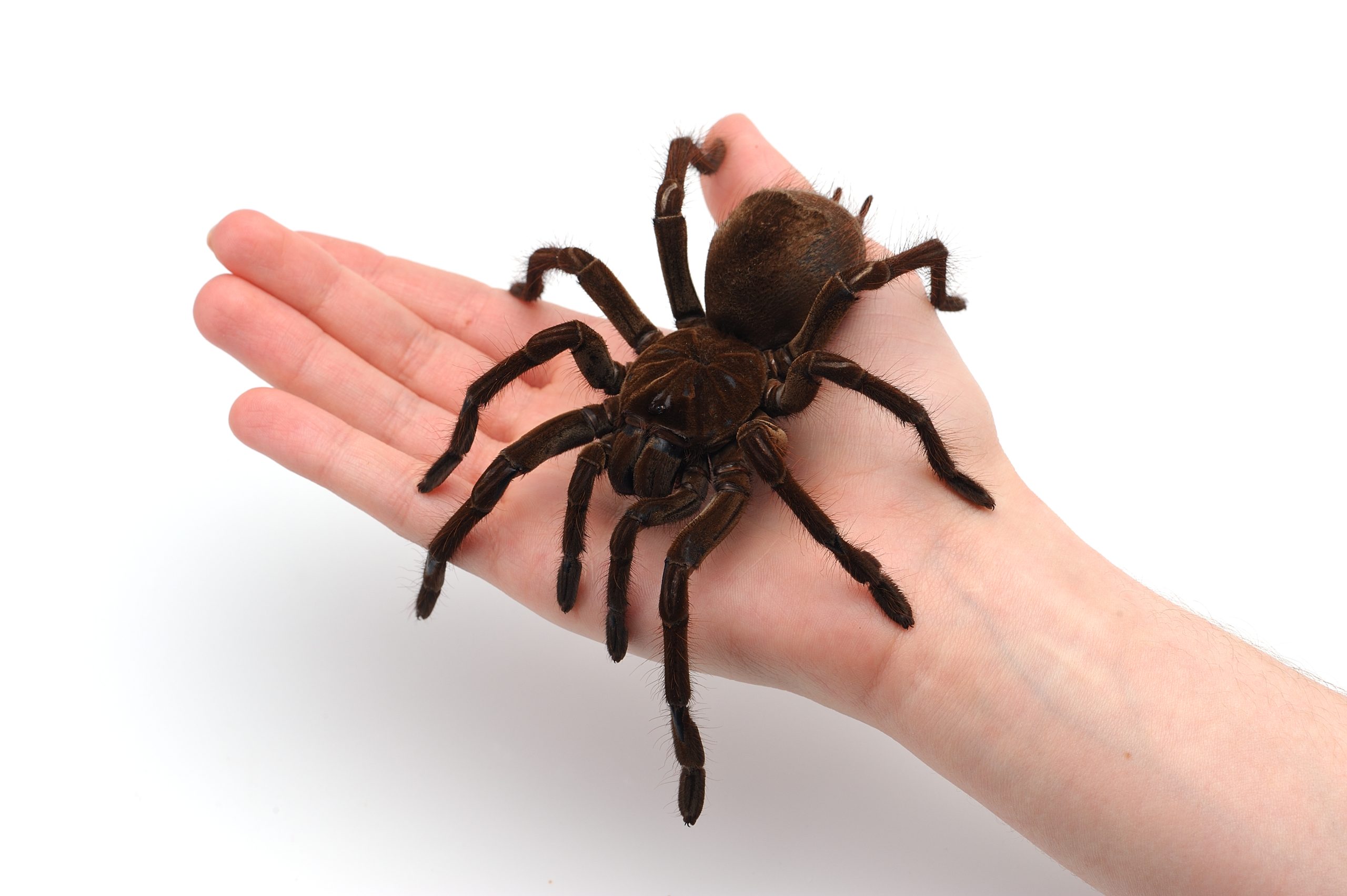 I know that tarantulas seem frightening but they are surprisingly docile towards humans and make great pets. They are the biggest species of spider in the US but how big can they actually get?

So tarantulas can get really big but don´t worry if you live in the US or in Canada then you will never encounter the biggest tarantula in the world in the wild.

Tarantulas that live in the US usually don´t get bigger than 6 inches. The two tarantulas that are most often kept as pets are the Mexican Red Knee tarantula and the Chilean Rose tarantula which both grow to about 5.5 inches in size.

The Biggest Tarantula in the World

The Goliath bird-eating spider is very rarely sold in pet stores and can usually only be bought from breeders.

So you will most likely never encounter one in the United States.

Because of its size, it is able to hunt and eat small birds, mice, frogs, lizards, pretty much every kind of bug and insect.

Like most tarantulas, it is not especially venomous and while it will hurt when it bites you and you will have a nasty swollen bite mark it won´t kill you.

And while it looks very terrifying it usually avoids direct contact with humans.

Did Giant Spiders Ever Exist?

A really interesting question that probably always comes up when you watched a scary movie or played an RPG.

As a whole, giant spiders that are as big as a dog never existed as far as we know. The biggest spider that ever lived on our planet was the Megarachne servinei which had a leg span of 19 inches. Its remains were found in a 300 million-year-old rock in Argentina and the species is long since extinct.

So don´t worry, there are no giant spiders living on our planet today and they most likely never existed any spiders that were bigger than 19 inches.

Giant dog-sized or even house-sized spiders stay in the world of fiction and an insect will never be able to grow to such a size because their biology just won´t allow it.

So even in the future, it is very unlikely that giant insects that are as big or bigger than a human will ever exist.