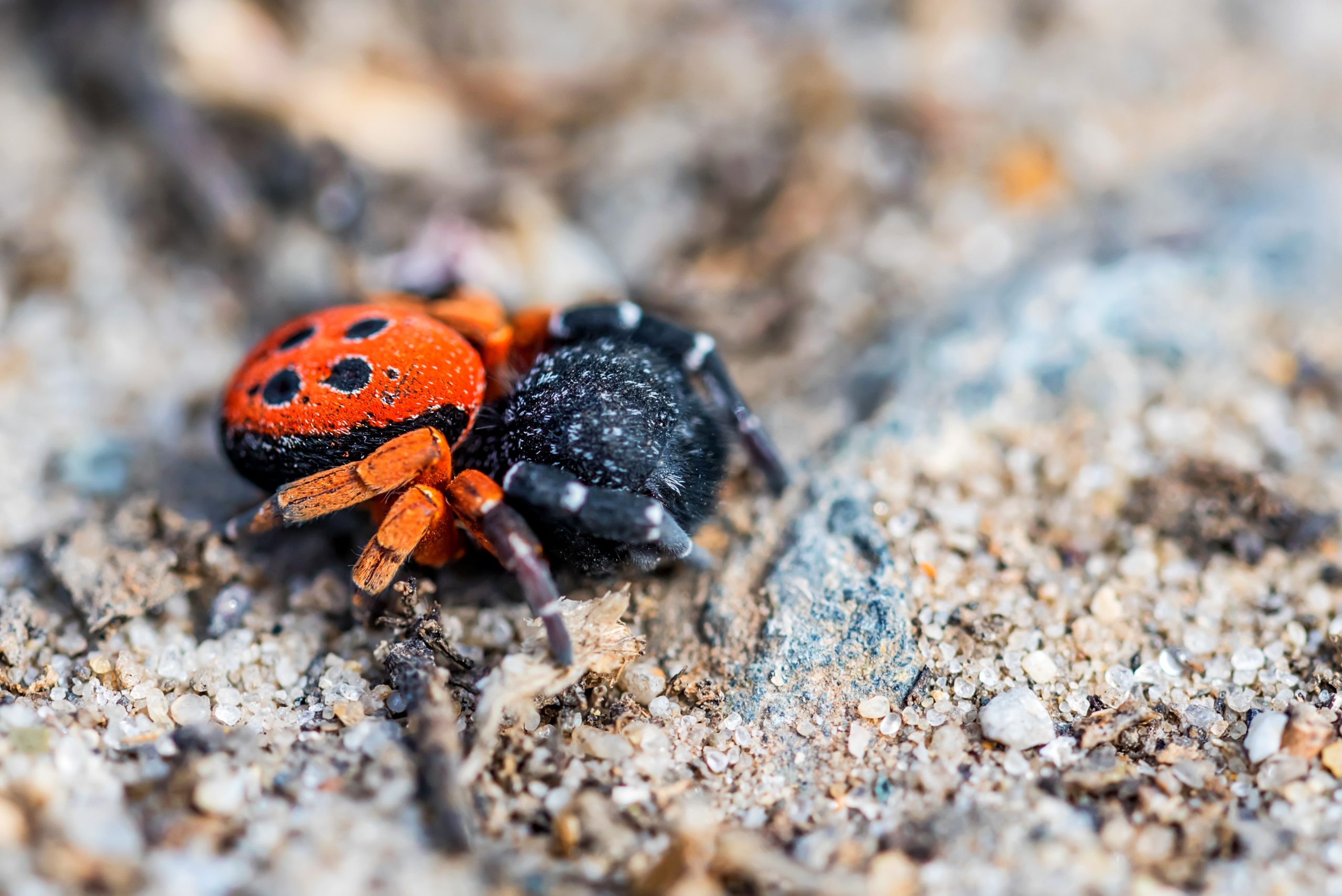 Spiders don´t have the same kind of blood or circulatory system as we humans have so even though the question of if spiders have hearts might seem weird at first it is actually a really interesting question to answer.

As a whole, spiders have hearts but a spider’s heart looks and functions very differently. The heart of a spider has a tubular form and is located in the abdomen along the top middle section. Spiders have an open circulatory system as opposed to a close one as mammals have.

Spiders also don´t have the same kind of blood as we humans have. Their blood is called hemolymph and it is blue. I have written a whole separate article about how spider blood and their circulatory system works that you can read right here.

How a Spiders Heart Functions

The heart of a spider is differently shaped from a human heart but it works similarly. It is a big muscle that pumps blood through the system of the spider’s body.

But the spider has an open circulatory system meaning the hemolymph (spider blood) is being pumped directly to the organs completely surrounding them and contacting them directly to deliver the needed oxygen.

We humans, on the contrary, have a closed circulatory system meaning our blood is pumped through veins and arteries to the organs and back to the heart again. The blood never has direct contact with our organs. The oxygen is delivered through our cells to the organs. It is a closed system.

So, as you can see, the whole blood transportation system of a spider is very different from that of humans.

I have written a whole article about how spiders move that you can read right here if you want to know more.

The heart of a spider doesn´t have any chambers instead, it consists of a single long tube that pumps hemolymph through arteries to so-called sinuses. Sinuses are spaces that surround internal organs.

Oxygen is delivered via direct contact with the organ.

Where is a Spiders Heart?

The heart of a spider is located in its abdomen (the back part of its body) in the top middle part. It runs along the curved abdomen and sits on top of the intestine, lung, and other organs. The arteries run from the heart to the head and legs of the spider supplying every organ and the limps with oxygen.