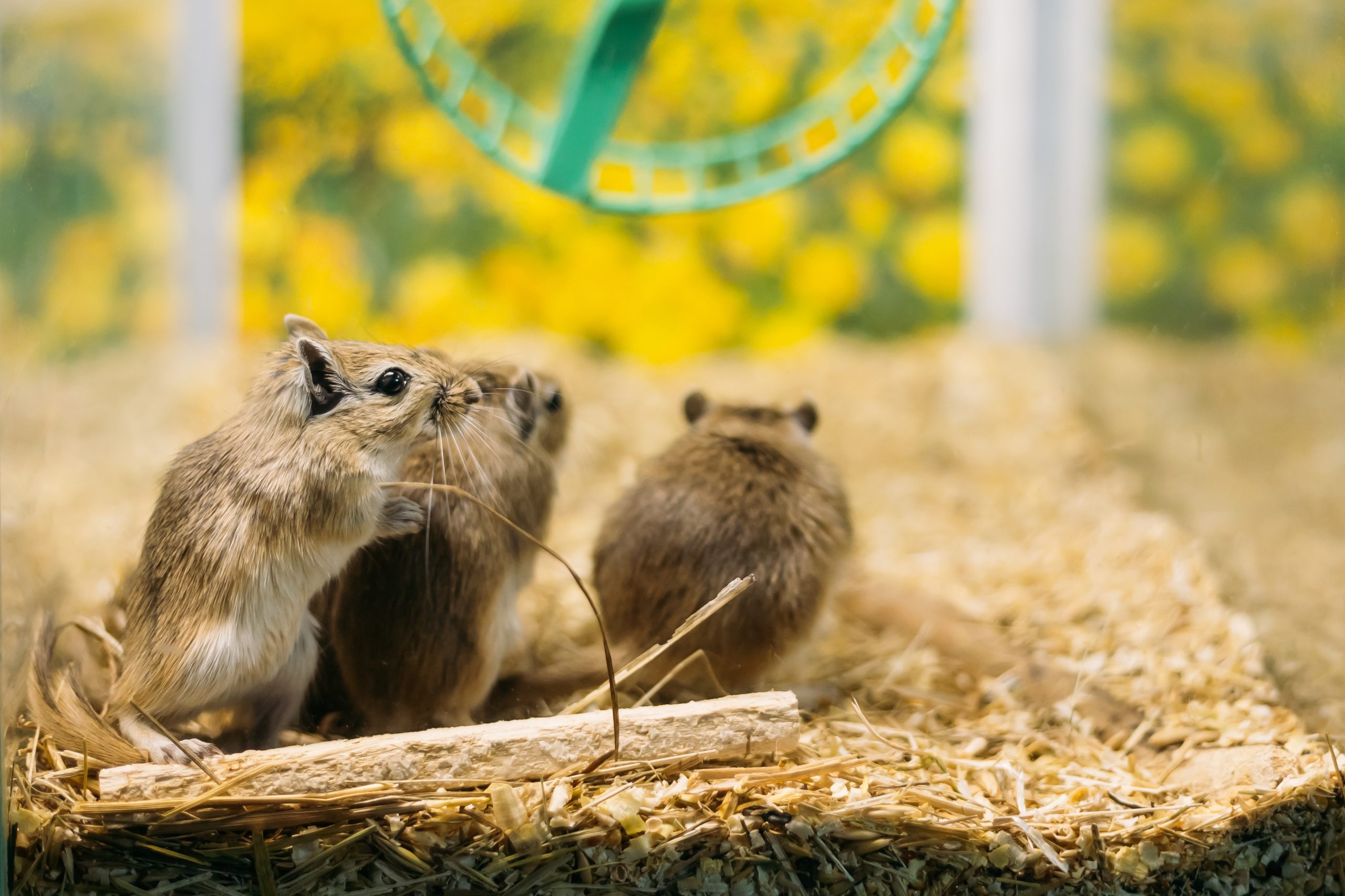 Gerbils should always be kept in pairs because they are social animals and need other gerbils to be happy. To make sure that you don’t accidentally breed, you should get a pair or group of three same-sex gerbils. But which gender is better?

As a whole, there are several criteria that can be considered when choosing between males and females. Male gerbils are bigger, have visible private parts under their tail, are a bit smellier, and tend to be less aggressive in bigger groups. But in the end, it’s just a question of personal preference.

In the following you will find a list of various criteria, that will help you decide which gender you want to go for.

What’s the Difference Between Male and Female Gerbils?

Some gerbil owners claim that the only difference is the appearance, others say that males have a completely different character, stronger smell, and are easier to be paired up with other gerbils.

As a whole, differences between male and female gerbils can be observed in the size, the visibility of the genitals for the males, the slightly stronger smell of males, and the temperament.

But it is important to note that every gerbil is different and these are just general criteria that can be slightly different for each and every gerbil.

The average male is bigger than the average female. When both gerbils are fully grown, the size difference is obvious when you have a male and a female gerbil right beside each other.

The bigger size might come in handy for someone with bigger hands because it might make it easier to handle a bigger gerbil.

Other than that, the size really makes no difference.

Males obviously have different primary sexual characteristics. And those are more visible.

Under their tail, the male genitals are very visible, even though a lot less dominant than for most other rodents like mice or rats. But if you don’t want to see that, you might want to go for females.

Females tend to be more aggressive in larger groups, and are also more energetic. But in groups of only two males or females, preferable siblings, you will probably not notice a difference.

Gerbils in general are energetic, curious, and adventurous.

But males tend to be a little more relaxed, chill, and sometimes even tamer, more docile, or shyer than females.

Females are very adventurous, explore more, run around a lot, and are a lot more interested in getting out of the cage.

The reason behind this is that in the wild, females are the bosses and they need to make sure that everything is safe for the family.

Males tend to be a little bit smellier than females. The smell can come from urine or from the pheromones they leave behind everywhere.

Gerbils have scent glands that are located on their bellies. Both males and females rub these scent glands on everything and leave a sticky, orange oil behind that contains pheromones. This scent helps the gerbils to recognize their home and family.

Pair of Females or Males

Gerbils are super social animals and need to be kept with other gerbils. Pairing up two males is easy. Even later in their lives, they will accept new cage-mates, even if they are complete strangers.

Females can also be kept in pairs, but these individuals should be related. Two siblings or a mother-daughter pair would be perfect.

In the wild, females are the bosses and two unrelated females might fight to be the dominant gerbil.

The reason behind this behavior is the fact, that when gerbils live in the wild, only the dominant pair of male and female are allowed to breed.

The dominant female sends out pheromones that suppress the ability to breed for all other females. These “other females” are usually her children.

Only the boss female has the breeding right. In captivity, even if no male is around, all females will try to have the primary position to have breeding rights, especially if they are not related.

When the females get older, and one dies, you might also have issues introducing a new gerbil. An older female is very unlikely to accept any new female gerbil in the cage and might prefer to live alone for the rest of her life.

Groups of Females or Males

Gerbils can be kept in larger groups, but it is more challenging and it would be safer to only have a maximum of three gerbils together.

But if more than two gerbils are going to be kept together, it is better to go for only males. Males are much more likely to accept new individuals to an existing group and to get along with larger groups.

Females should not be kept in larger groups, especially when they get older. The more females are kept together, the more competition will be in the cage.

It will become more likely that females show aggression towards each other, and will not accept any new female members. Fights between females are more likely and if you don’t interfere quickly, they might fight to the death.

Can Two Female Gerbils live together?

Yes, two female gerbils can live together. But it is recommended, that the females are siblings or a pair of mother and daughter. Non-related females might fight because, in the wild, only the dominant female has a right to breed.

Females are not necessarily more aggressive. But it is true that females in larger groups might show more aggression towards each other, or even towards the owner.

The reason behind this behavior is the fact that in the wild, only the dominant female gerbil of a family breeds.

Therefore non-related female gerbils might fight for this dominant position to hold the breeding right. Even the lack of a male does not change this behavior.

And the more females are kept together, the more competition they will feel. And the more stressed the gerbils are, the more likely it is for them to show aggression.