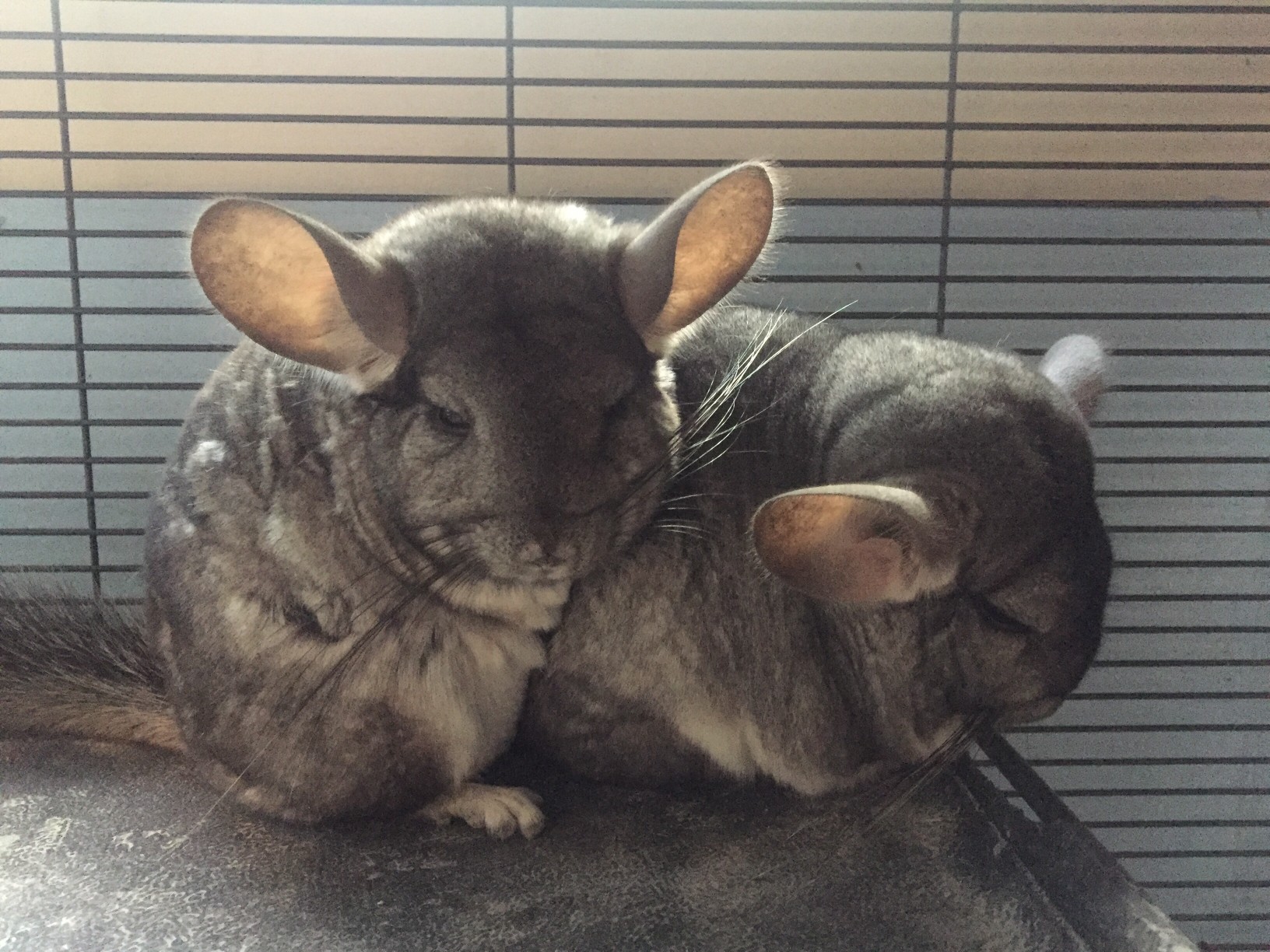 It is necessary to determine the gender of a chinchilla to make sure that you are not accidentally owning a pair of male and female chinchillas and might be surprised by a bunch of babies. A vet is the best person to tell you the gender if you are not sure or need clarification. Pet shops sometimes make mistakes when it comes to gender, especially if the chinchillas are still very small. If you own more than one chin, you should visit a vet to make sure that they have the same gender.

As a whole, both males and females make great pets. There are pros and cons for each gender. Females can get pregnant, tend to be more territorial, and spray urine, while males need regular vet appointments to check on hair rings.

In the following, you will find information on the differences between males and females, in regards to their appearance and their temperament.

What’s the Difference Between Male and Female Chinchillas?

There are not many differences between males and females. At the first sight, you won’t be able to see if the chinchilla in front of you is a male or a female.

As a whole, there is not much difference in appearance, males tend to be a little larger than females, and the “down-there” parts are different. Females are sometimes more territorial while males tend to be more curious and playful.

Obviously, females can have babies, and males can’t. This can be a disadvantage or an advantage depending on what you are planning for your pets.

Other than females, males need regular check-ups with a vet due to a condition known as a hair ring. A hair ring is a situation that only happens to male chinchillas. It can happen after sexual intercourse and means that a ring of hair surrounds the penis within the foreskin.

A single hair can already cause a big issue and needs to be checked on by a vet.

Hair-ring check should be done regularly, about every month or every other month is recommended.

The difference in appearance is not big, and you have to look closely at the male or female parts “down there” to see if you have a boy or a girl infront of you. Males have a space between their anus and penis, whereas females have that space, and the “down there” parts look more like slits.

Fully-grown adult females are usually larger than the males, but it’s hard to tell by their size when they are still babies.

The rest of the appearance is very similar between males and females.

In the wild, chinchillas live in colonies with a female leader. This is why females are often more fierce and territorial than males.

Males tend to be a little more playful, but that also depends very much on the individual.

Females spray urine when they feel frightened, while males don’t do that.

As you can see, it’s not easy to find a “better” gender, it’s more about what you personally prefer.

How to Choose a Chinchilla

If you are about to choose a chinchilla, the most important thing is to choose a healthy and happy animal.

If you detect any discharges from the eyes or ears, it could mean that this particular chinchilla suffers from medical issues. If you can, you should also check the teeth.

A chinchilla should not be chosen or bought during the day. They are primarily active at dawn and dusk and at night, and this is when you should get to know them.