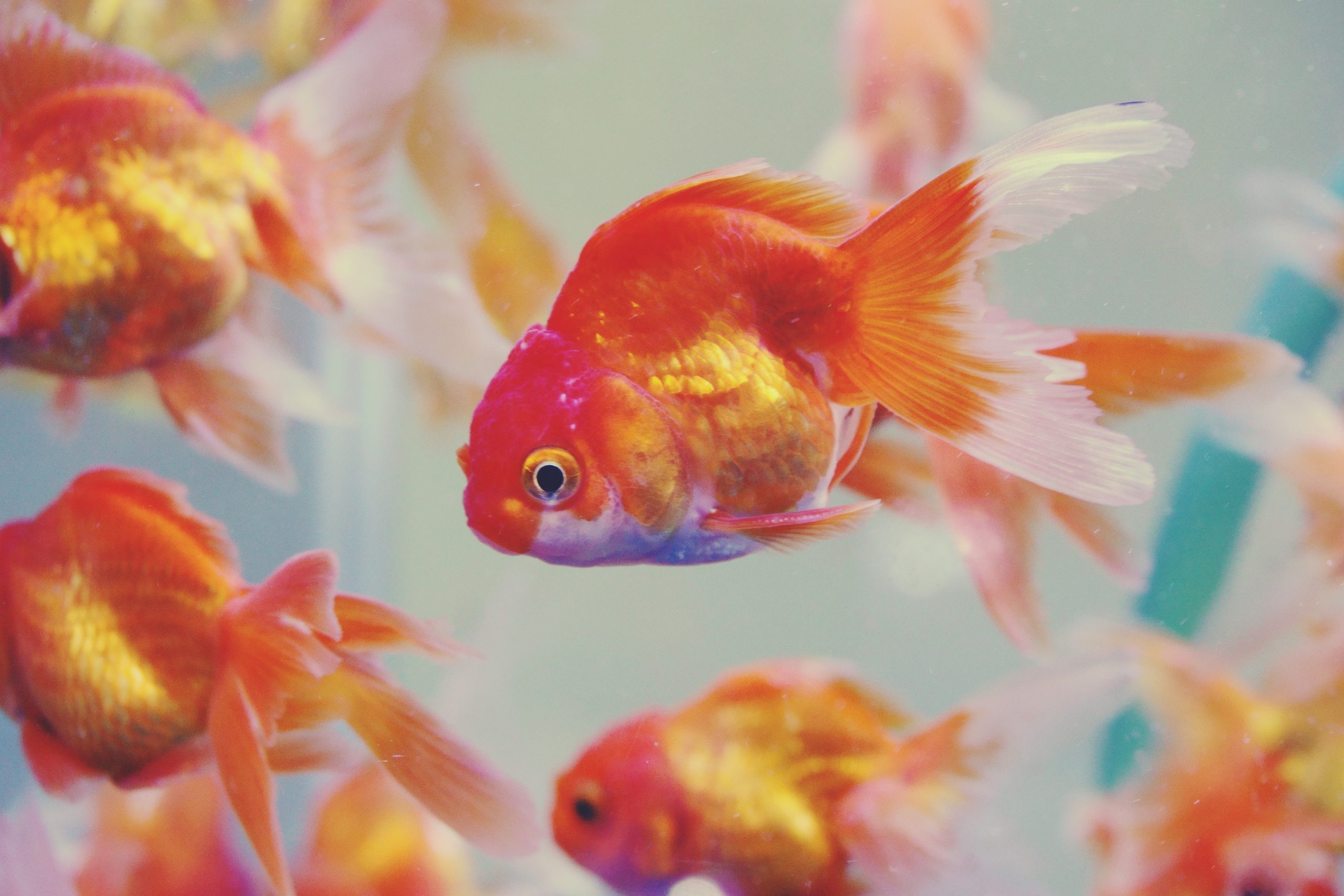 Goldfish are among the most popular pets in the world. In aquariums with more than one goldfish, you can see them playing and interacting with each other which makes us think, that they need companionship, just like us. But is that true? Do goldfish get lonely and need a friend to thrive?

As a whole, goldfish can live alone perfectly fine. They also do well with other goldfish. Goldfish do not necessarily need a friend. But goldfish do get bored sometimes and with more than one goldfish you can watch them play and interact which is entertaining for you.

Do Goldfish Get Lonely on Their Own

Scientists have not come to a conclusion on whether goldfish get lonely or not. But imagine being in a room all by yourself without anything to do or to play with. Pretty boring, right? That’s also what a goldfish could experience without a friend or any kind of activity.

Goldfish can live a long and healthy life alone in a tank, but they will need things to do and to play with. If you want to spend a lot of time with your goldfish, maybe teach him some tricks or create a nice environment in the tank, the goldfish could be happy all by himself.

But having a friend is always nice and two goldfish can interact with each other and be more exciting to watch for you.

Is it Ok to Have Only One Goldfish?

Yes, it is ok to have one goldfish. They don’t necessarily need another goldfish to thrive. There is no scientific proof, but it seems like goldfish do not get lonely.

But if you keep a single fish, you should make sure to entertain him enough so that he won’t get bored. Without a tank mate, some kind of regular mental stimulation is important to prevent your goldfish from boredom or even depressions.

How do You Know if a Goldfish is Happy

A happy goldfish swims around in the tank, eats regularly, sleeps at night, and looks healthy. If you notice any behavior that is unusual for your goldfish, it could be an indicator of some kind of issue.

Things to Consider When You Get a Goldfish a Mate

You decided to get a tank mate for your goldfish, now it’s time to consider a few points, before bringing two goldfish together.

The Correct Size of the Goldfish Tank

If you don’t go for a bigger tank, the goldfish could become aggressive and fight with each other. Not enough space also means that the ammonia level in the water rise which could lead to ammonia poisoning.

If you choose to acquire a different type of fish, you have to make sure that that type needs the same water levels as your goldfish does. Otherwise, they can obviously not live together in one tank.

A goldfish thrives in a water temperature of 66-74° F. They need water with ammonia and nitrate levels that are as close to zero as possible. And the pH level should be between 7.4 and 7.9.

A potential tank mate should want the same water conditions.

If you want to add a tank mate in the aquarium for your goldfish, here are some ideas for fish that can live together with goldfish. The easiest and most obvious tank mate is another goldfish. But if you prefer some variety in your tank, you can also go for other species.

The fish should also need a rather cool water temperature without heating which already excludes many types. But of course, there are still plenty of options.

This fish is an algae-eater and keeps your tank clean. They either stay on the ground or stick their mouths to the glass which can be quite entertaining.

Those are slim, long fish with tiny fins. Their character is very calm and relaxed

This catfish enjoys cooler temperatures. It is a very relaxed fish that prefers calmer environments.

These snails come in handy to clean your tank. They eat everything from leftover food to algae and plants. They can protect themselves from hungry goldfish in their shell.

Rosy Barb are very pretty reddish fish with a peaceful character. They are social creatures and should be kept in groups of at least five.

These fish are peaceful algae-eater. They stick to the glass and wipe your tank clean.

Zebra Danio are small and pretty fish with stripes, just like a zebra. They are peaceful and can easily escape if a goldfish makes attempts to take a bite.

Species to Avoid as Tank Mates for Goldfish

Try to avoid much smaller fish as tank mates for goldfish. Even though goldfish are not aggressive, they tend to eat basically everything. There is no guarantee, that your goldfish might eat his new tank mate.

Do not pair your goldfish with an aggressive species. Species such as bettas and cichlids will attack your goldfish and have the potential to kill them. And a goldfish is not capable of protecting itself from any kind of predator.

Try to pair your goldfish with a type of fish that has a similar energy level. Keeping slowly floating fancy goldfish with pretty long fins together with fast swimming fish can lead to injuries and stress for the goldfish.