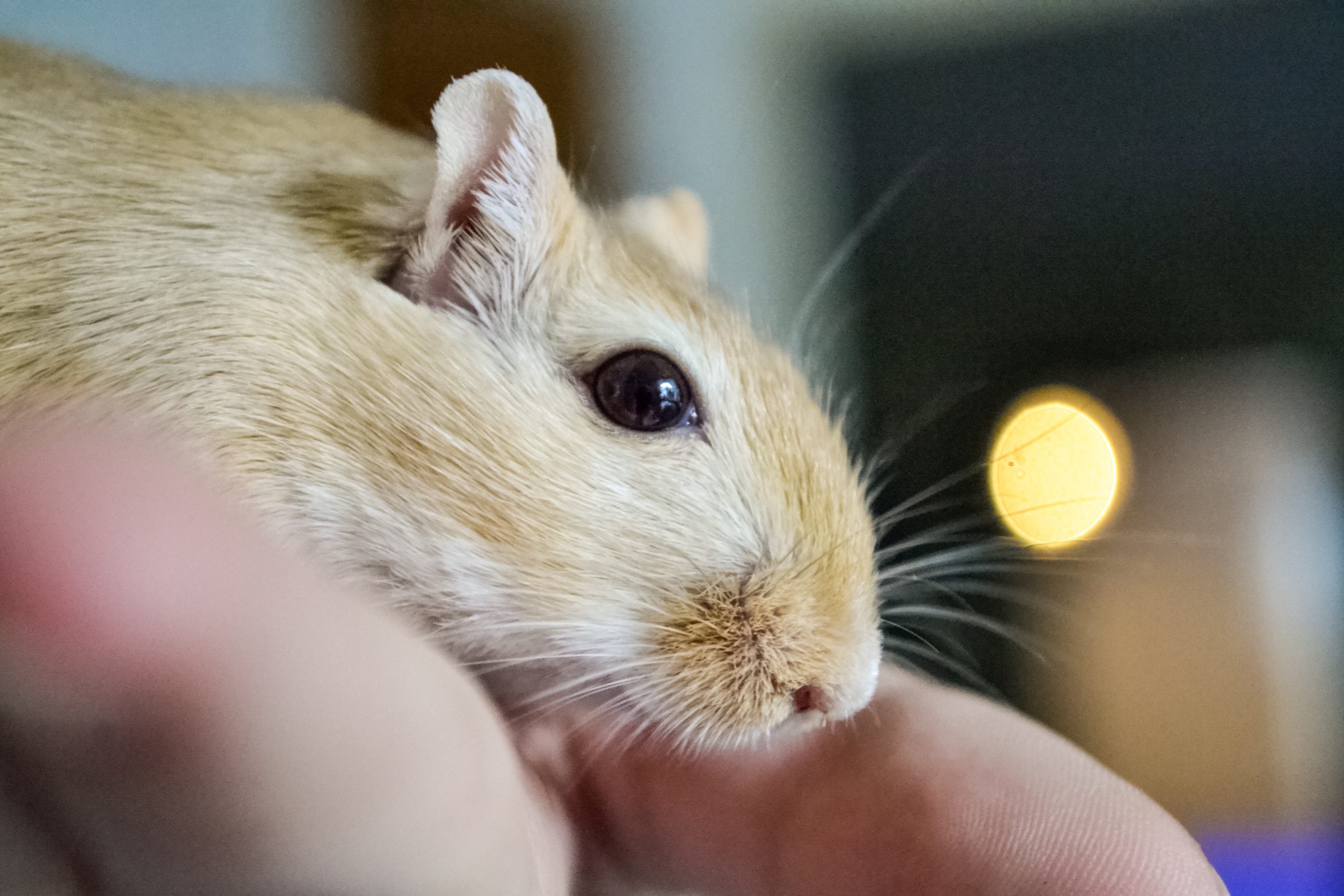 Just like most rodents, gerbils make rather quiet pets that don’t require too much space or maintenance. They do make noises when they rustle through the bedding, play or fight with each other, or gnaw on wood, but other than that, they are rather quiet.

As a whole, gerbils are generally very quiet animals but they do make noises on many occasions such as squeaking, chirping, purring, thumping, clicking, and rustling through the bedding.

In the following, you will find information on some of the most common noises and how to avoid them if necessary.

How to Keep Gerbils Quiet

The most common noise you will hear is the rustling of the bedding and the running wheel. Gerbils are very active animals and will run around, jump, and build tunnels in their enclosures, and make a lot of use of their running wheel.

As a whole, there are some options to make a gerbils enclosure quieter such as using different bedding, oiling the wheel, offering silent toys, exercising before nighttime, and changing the feeding time.

If you are keeping your gerbils in your bedroom, you might find it hard to sleep in peace while your gerbils are making noise.

Gerbils are usually awake for several hours, go back to sleep for the same amount of time, get up again, and so on. They have about 3 to 4 awake times a day. And a gerbil does not chill, it is either full of energy and moving around, or asleep.

Silent Toys for the Night

You can give your gerbils toys that will occupy them for a few hours, if you are planning to go to bed, such as toilet paper or paper towels. Gerbils will enjoy ripping the paper into small pieces and using it in their nests or to hide their food in. And ripping toilet paper is quieter than nibbling on wood.

Gerbils also tend to chew on the cage bars if they can’t find anything else to trim down their teeth. Instead of loud metal, you can offer your gerbils wooden chewing toys such as bamboo sticks, or branches of hazel or willow to chew on. Even though chewing is not the quietest activity, it is definitively better than listening to a gerbil chewing on metal bars.

Plastic toys are almost as annoying as metal. You should get rid of any plastic in the enclosure, the gerbils chew on. They do need objects to chew on, but wood is way quieter than plastic.

Use the Right Substrate for Bedding

Building tunnels is usually not a loud activity, but if they dig against the walls of the enclosure, it is rather loud. Therefore you need a substrate as bedding that will allow your gerbils to build a proper tunnel system.

It has to be deep enough and can be a mixture of different materials such as hay, cardboard, paper towels, and dust-free aspen shavings.

There are special silent wheels for gerbils. Those make less noise than others. And if a wheel squeaks, you can also regularly oil it to avoid that noise.

Let the Gerbils Exercise Before Nighttime

Gerbils love to explore new things. But exploring and running around is also tiring.

If you want your gerbils to sleep at least for a few hours when you go to bed, you can let them run free in your room, or the bathroom, or also stairs, as long as there are no other pets or any options to escape.

You can also create a playground for them and let them play there for 20 minutes. Gerbils do not need to run around outside of the cage for hours at a time.

15-20 minutes is enough for them to be exhausted and to be ready to go back to their enclosure.

Most pet owners feed their pets in the morning right after or before their own breakfast. But after eating, most animals become a little lazy and tend to rest.

If you feed your gerbils in the late evening, chances are high, that they will rather cuddle and sleep for a while after eating.

You can also scatter the food throughout the cage. Your gerbils will enjoy searching for the food and will be occupied with this quieter activity.

Move to a Glass Enclosure

Gerbils in an aquarium will make less noise than gerbils in a cage with metal bars.

The glass of the aquarium will also keep the noises inside and you can even close the aquarium with a fitting lid, which will make the gerbils even quieter at night.

If your gerbils keep fighting and squeaking at night, it might be wiser to separate them for good, otherwise, they might eventually hurt each other severely.

Some squeaks are normal, especially with a group of young gerbils that are about to settle the ranking of the social hierarchy, but they should not disturb your sleep at night.