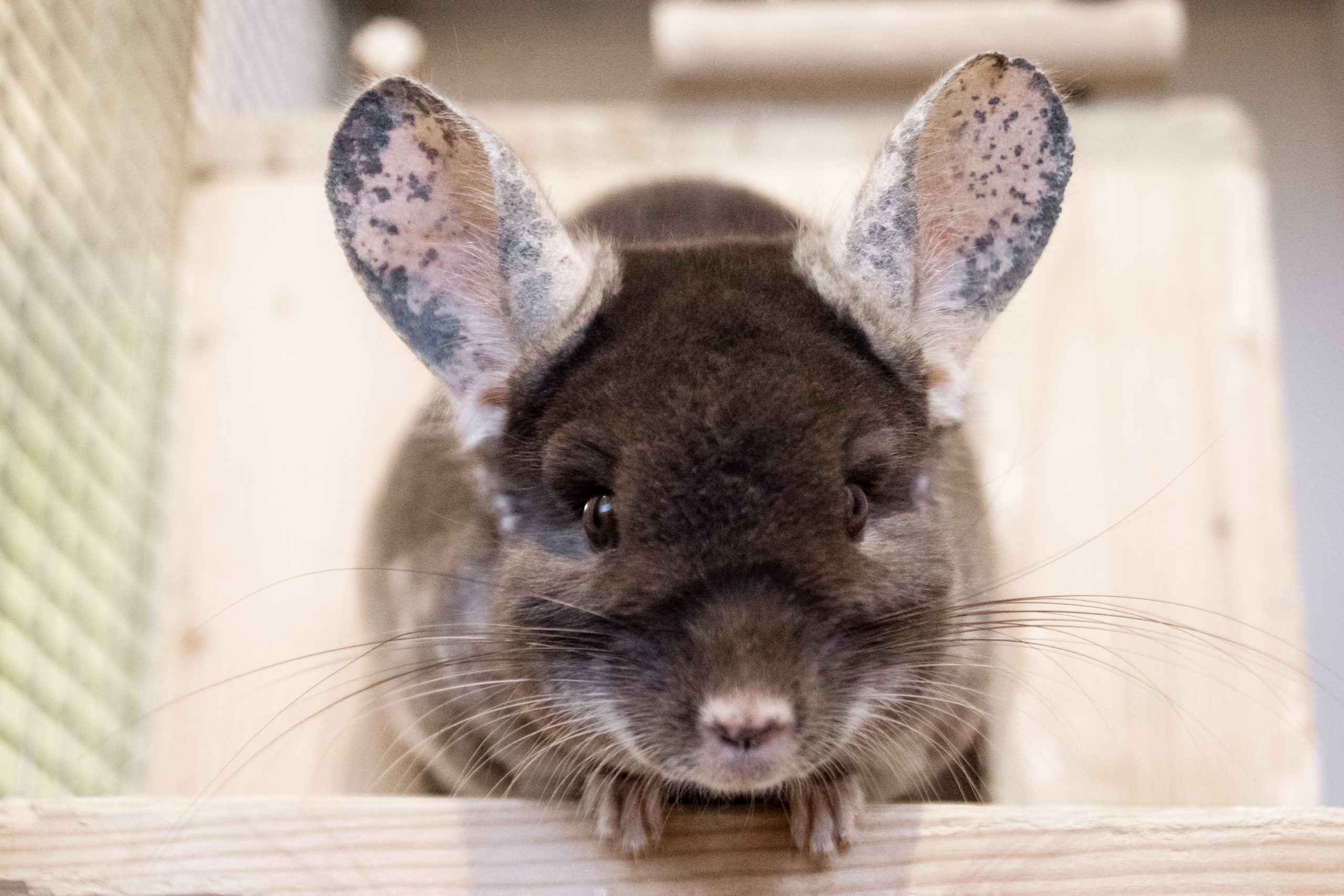 Chinchillas have very dense and soft fur. Most chinchillas that we own as pets are descended from only 11 individuals that were captured in the early 1920s. These rodents can make great pets. With the right care and species-appropriate conditions, chinchillas are not smelly at all.

As a whole, chinchillas are very clean animals. They clean their fur regularly in dust baths, have an almost odorless pee, and can even be potty trained. If the chinchilla or the enclosure is smelly, the chin is either sick or the enclosure needs to be cleaned urgently.

In the following, you will find more information on the smell of chinchillas, how dirty they really are, and if and how they can be potty trained.

Do Chinchillas Make Your Room Stink?

Chinchillas are lovely pets. They are fluffy, soft to touch, energetic, and very clean. Their fur is shiny and they love to roll in the dust to keep it that way. The animal itself is always clean, as long as you offer them a sand bath regularly. But just like any other living creature, chinchillas pee, and poop. And especially if they are not potty trained, the enclosure might start smelling after a week or longer.

As a whole, chinchillas can make a room stink, if the enclosure is not cleaned regularly. As long as the chinchilla owner meets the regular obligations of owning a pet and fulfills the chores, a chinchilla and its’ cage are almost odorless.

If you are unsure how to clean the enclosure, check out this article. You can find all the information on regular chores and duties as a chinchilla owner, and how to clean an enclosure properly:

How to take care of a chinchilla for beginners.

How Dirty are Chinchillas?

Chinchillas are not very dirty. They do drop their poop everywhere in the cage and pee in the dust bath and everywhere else, but they obviously need to pee and poop somewhere and since the enclosure is their home, they don’t have anywhere else to go. And they do create a lot of waste.

Chinchillas always keep their fur clean and shiny, and if a chinchilla appears dirty, or greasy, it might either need a dust bath urgently, or it has some kind of health issue and needs to see a vet.

If you are wondering, how much chinchillas can cost you over the year, check out this article: How expensive is it to take care of a chinchilla?

Can Chinchillas be Potty Trained?

Yes, it is possible to potty train a chinchilla, but not every chinchilla is willing to pee or poop in a “toilet area”. Many chinchillas tend to pee and poop into the dust bath, which is totally fine.

If you want to potty train your chinchilla, offer them a place in the enclosure with some kind of container where the chinchilla can sit and pee. You can go for a product like this Litter Pan.

You also need some litter than can be used inside of the container. Kaytee offers good litter for potty training. Check it out here.

The younger your chinchilla is, the higher the chances, that the potty training is successful.

Put the container (let’s call it “toilet”) in the enclosure, fill it with some litter, collect some bedding with pee in it (fun, right?), and put it into the toilet, as well. This step is essential in order to show the chinchilla, where the pee should go from now on.

It is almost impossible to teach a chinchilla to poop into the toilet because chinchillas simply poop so much that they can’t really go to the toilet every time.

Once the toilet with the pee-smell is set up, you need to keep the rest of the enclosure as pee-free as possible, so that the chinchilla learns that the toilet is the only place, where the pee should go.

This process might take a few weeks, and the chinchilla might still continue to pee in some other areas of the enclosure, as well. But if you successfully potty trained your chinchilla, the cleaning process of the enclosure will become much easier for you in the future. It’s worth the effort.

Don’t be frustrated if your chinchilla does not want to be potty trained. They are really smart animals, and might simply not see the point in peeing in a toilet.