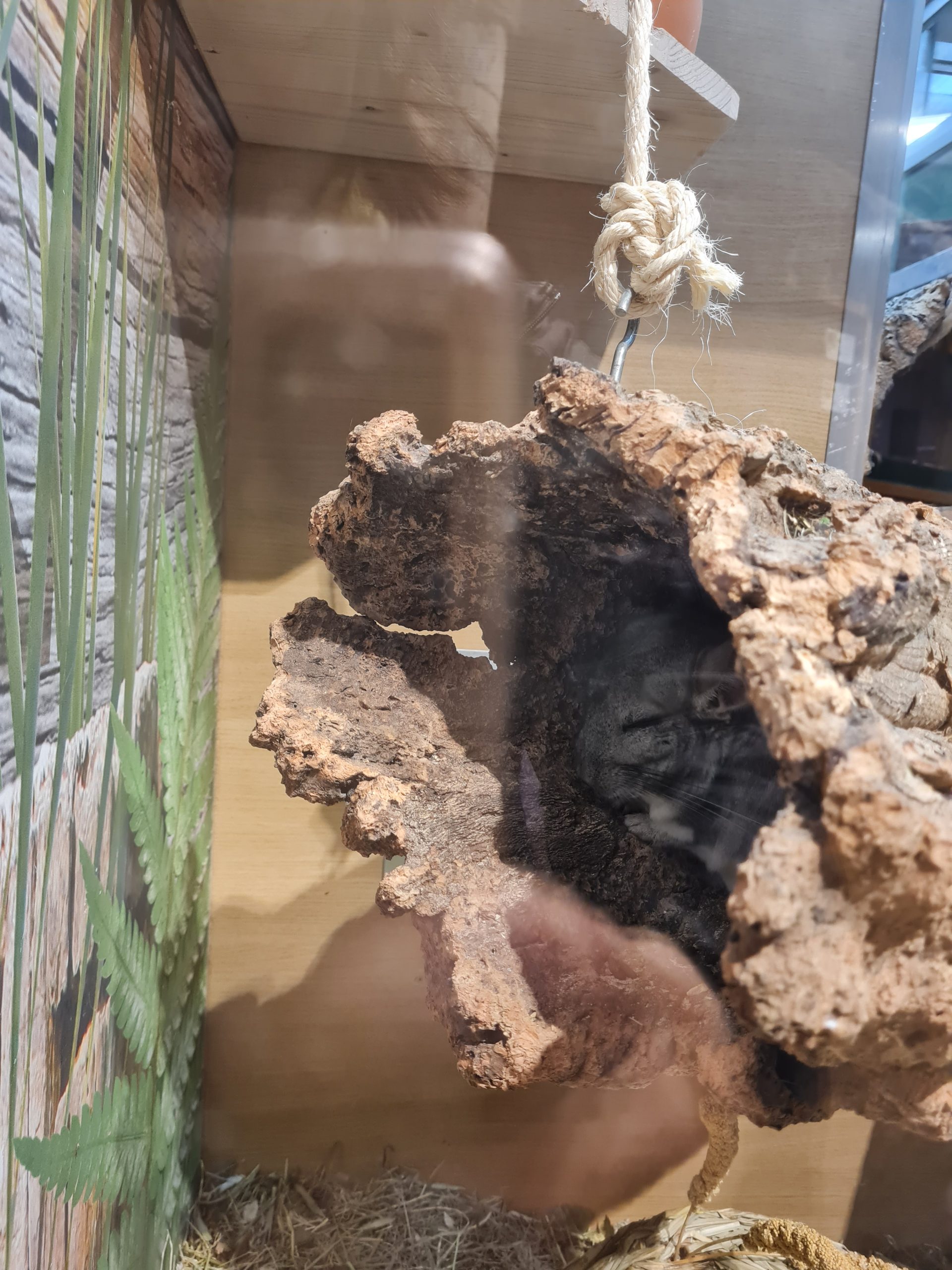 Many animals and insects hibernate during the coldest months of the year, in order to survive the extreme conditions during winter. They prepare for hibernation by consuming more food before they go into hibernation and lowering their body temperature.

As a whole, chinchillas do not hibernate. Unlike many other animals, they can tolerate extremely cold temperatures thanks to their very dense fur. They stay in their burrow with their colony and keep each other warm, but they don’t hibernate during winter.

Can Chinchillas Go Into Hibernation?

Chinchillas biologically belong to a family that is related to guinea pigs and degus. All of these animals do not hibernate. Chinchillas are native to the semiarid mountain area of the Andean mountains of South America in a very dry and cold climate.

Chinchillas are rather tolerant to cold but very sensitive to heat. In their natural environment, they are exposed to extremely cold temperatures in winter, and their dense fur helps them to survive these weather conditions.

They don’t tolerate dampness and are prone to heat strokes at 28° (82°F) and more.

There are many animals and insects that hibernate, especially in regions with significant temperature differences between summer and winter. Hibernation is essential for surviving a time in which food is extremely scarce.

Reptiles go into a different kind of hibernation state in which they drop their body temperature so low that they cannot move at all, and there is no chance of waking them up during that time.

Examples are some types of snakes, frogs, and bats. Some of these animals can even be completely frozen, without dying.

Some animals go into a kind of hibernation that can be interrupted in order to find some food.

These animals do not drop their body temperature that much and rather rests than hibernate. Examples are squirrels, raccoons, badgers, and the brown bear.

This is why we can see these animals searching for food during winter, even though they stay in their nests and burrows for the rest of the time, waiting for spring, just like all the others do.

Why Do Animals Hibernate in the First Place?

Hibernation is essential for many animals to be able to survive during winter. In winter, the temperature drops very low in many regions of the world.

Not all animals are able to survive these temperatures, and would not be able to go outside of their burrows to search for food. Therefore it is essential to be able to stay in the warmth of a nest or burrow, preferably with family members, to keep warm.

Since it is almost impossible to find enough food during the winter months, animals eat more food in autumn to gain some weight, and pause eating or reduce the amount they eat to a minimum during winter.

They lower their body temperature, and heart rate, breathe slower, and in some cases, the body even becomes stiff.

In that state, the body requires only a minimum of energy and the animal can survive without food until spring.