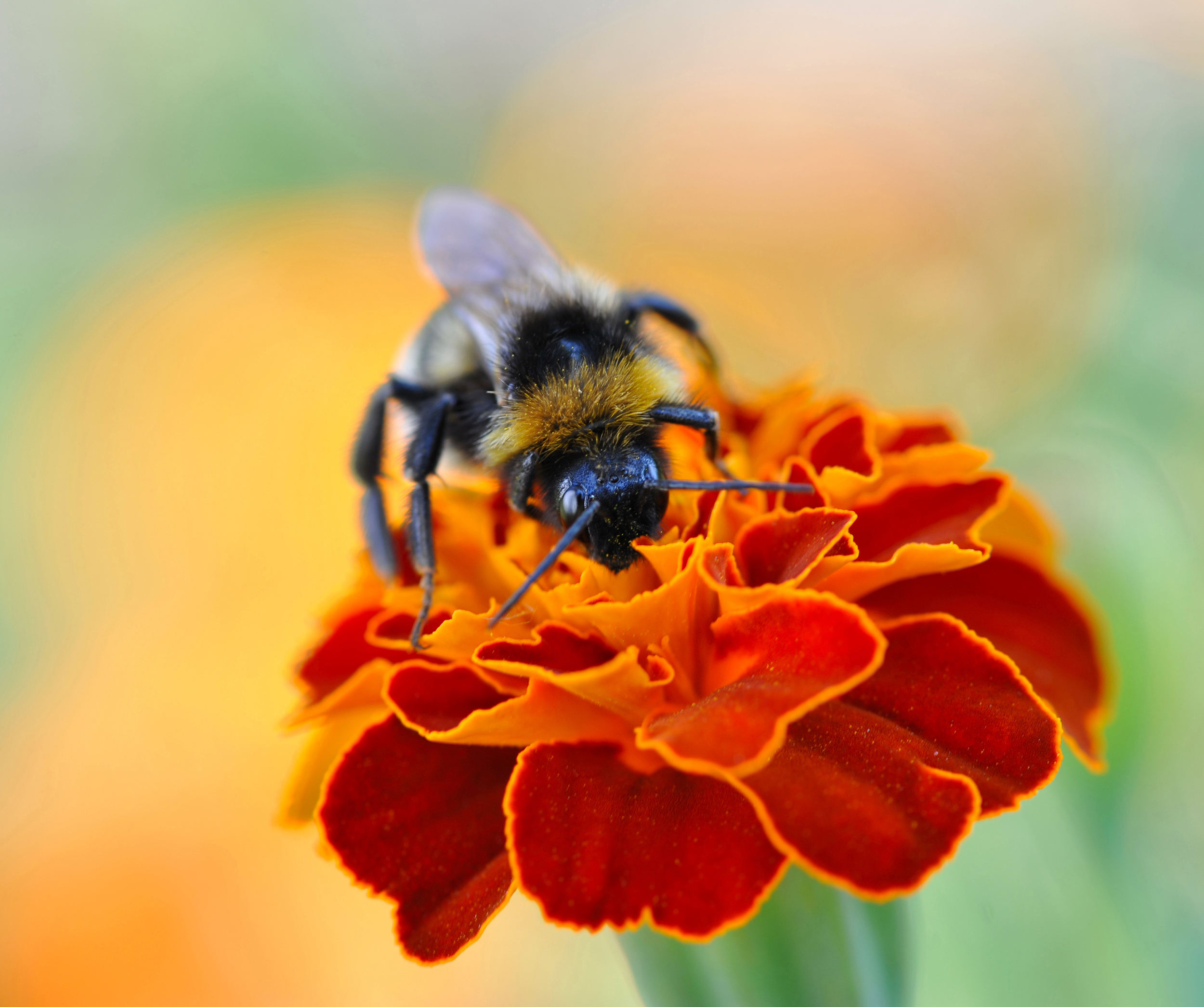 Bumblebees are very similar to honey bees in many regards. They both are pollinators, they look similar, both can sting, and both have a queen that lays eggs and workers that provide the queen with all she needs. But do bumblebees produce honey or is that something only bees do?

So while honey bees and bumblebees are very similar there are still a lot of subtle differences and creating honey is one of those differences.

Only bees create honey as we know it most other similar species only store the nectar from the plants without changing it in any major way.

How do Bumblebees Survive the Winter Without Honey?

A honey bee hive will survive for multiple years by storing and converting the nectar into honey. Bumblebees, however, don’t do this. So how do they survive the winter when they don´t make honey and only store nectar for very short periods of time?

Bumblebee hives don´t survive the winter they will usually die in late autumn. But before they die they will send out bumblebee queens and male drones that will seek out partners and mate. The mated queen will burrow underground where she hibernates until she emerges in spring to raise her own hive.

As you can see, bumblebees have no need for storing nectar or creating honey because they don´t need it to survive the winter.

Bumblebee hives never get older than a year and they usually eat the nectar that they collect instantly or only store the nectar for a couple of days at most.

We know that bumblebees don’t produce honey because they don´t need it to survive the winter, unlike honey bees. But would they theoretically be able to produce honey?