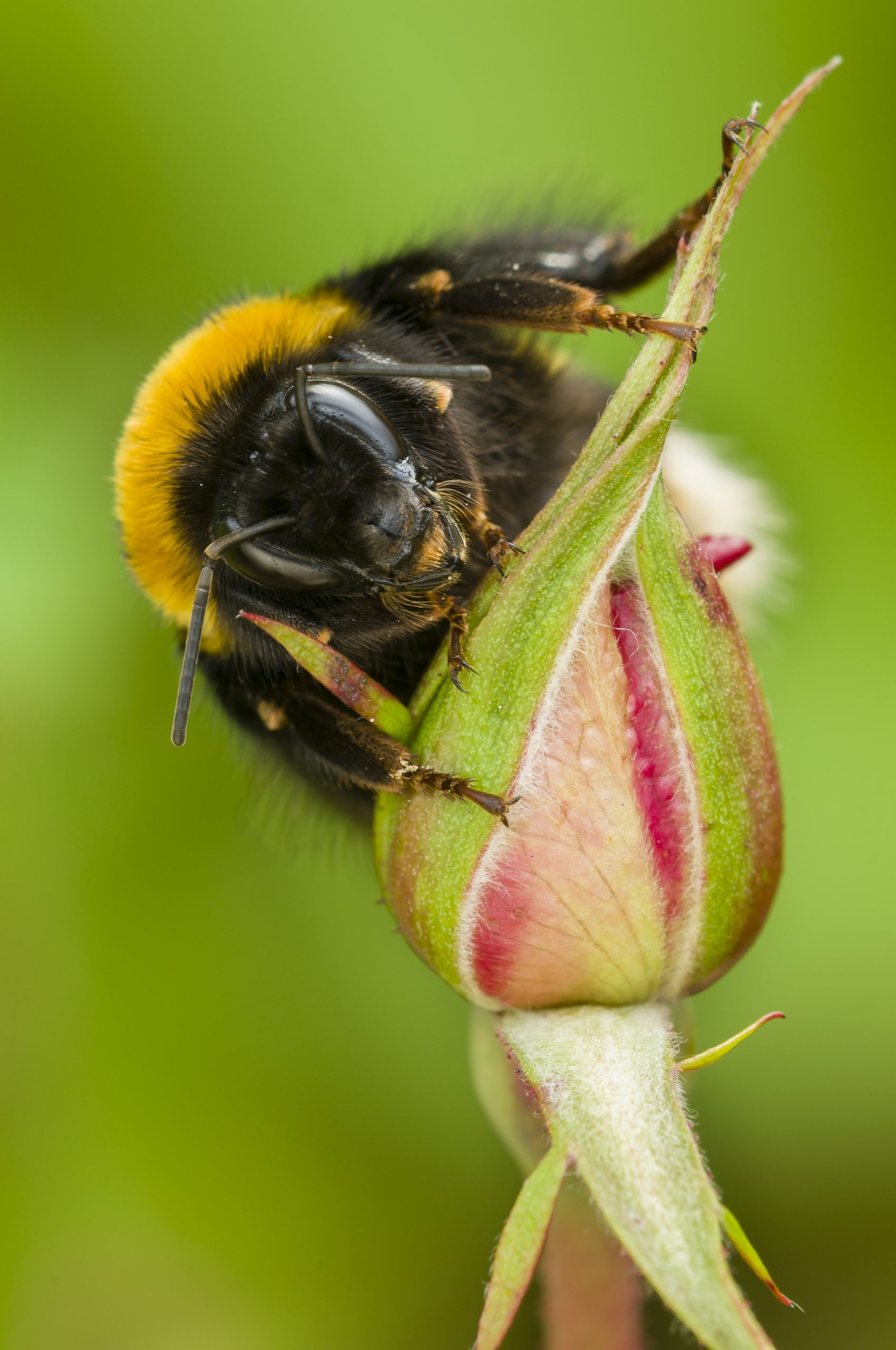 Bumblebees are very similar to honey bees but there are some notable differences like their apearance, their hives, and their behavior. And we all know that bees have queens but do bumblebees have queens?

As a whole, bumblebees have queens but they are usually well hidden in the middle of their hive. They never come out but they can be seen in early spring during the first warm days when they are searching for a place to make a new hive. They can often be seen crawling around on the ground during that time.

The bumblebee queen will only live for a year other than the honey bee queen that can live multiple years.

The bumblebee queen is very similar to the honey bee queen in terms of behavior.

She lays eggs to create drones and she will instruct the drones to do the work that is needed by using pheromones and a sort of sign language that consists of touching feelers and tapping on the ground.

But unlike the honey bee, the bumblebee queen will only live for a year. It will die shortly after the nuptial flight and the hive will die with her.

A bumblebee hive will only live for one year and at the end of its lifetime the hive will send out virgin bumblebee queens and male drones in the so-called nuptial flight. The Queens will find male drones from other colonies and mate with them.

The mated queen will then land somewhere on the ground and bury itself to survive the winter while the male drone will die shortly after mating.

In the summer the bumblebee queen will surface, search for a good place to start her new colony, and then live the rest of her days inside the hive never leaving the safety of it.

How to Identify a Bumblebee Queen

Bumblebee queens are harder to distinguish from regular bumblebees than honey bee queens from their drones. It also depends heavily on the species of bumblebees.

Bumblebee queens can be kind of hard to identify if no worker is around to compare them with.

But if you see a bumblebee in early spring then chances are high that this bumblebee is a queen because all bumblebee hives from last year will have died already and new hives are rarely established enough to send out workers this early.

Do Queen Bumblebees Ever Come Out of Their Hive?

A very interesting question because I see this question answered incorrectly all of the time.

As a whole, bumblebee queens will come out of their hives but only during the nuptial flight and these queens are virgin queens and not the queen of the hive. These queens will mate with male drones from other hives and then make their own hive in the spring of the next year.

Once the bumblebee queen has established her own hive she will never come out until she dies.

The hive is where she is safest and without her, no new queens can be produced that would ensure their survival. This is why she will stay in the middle of her hive where she is protected by her drones.