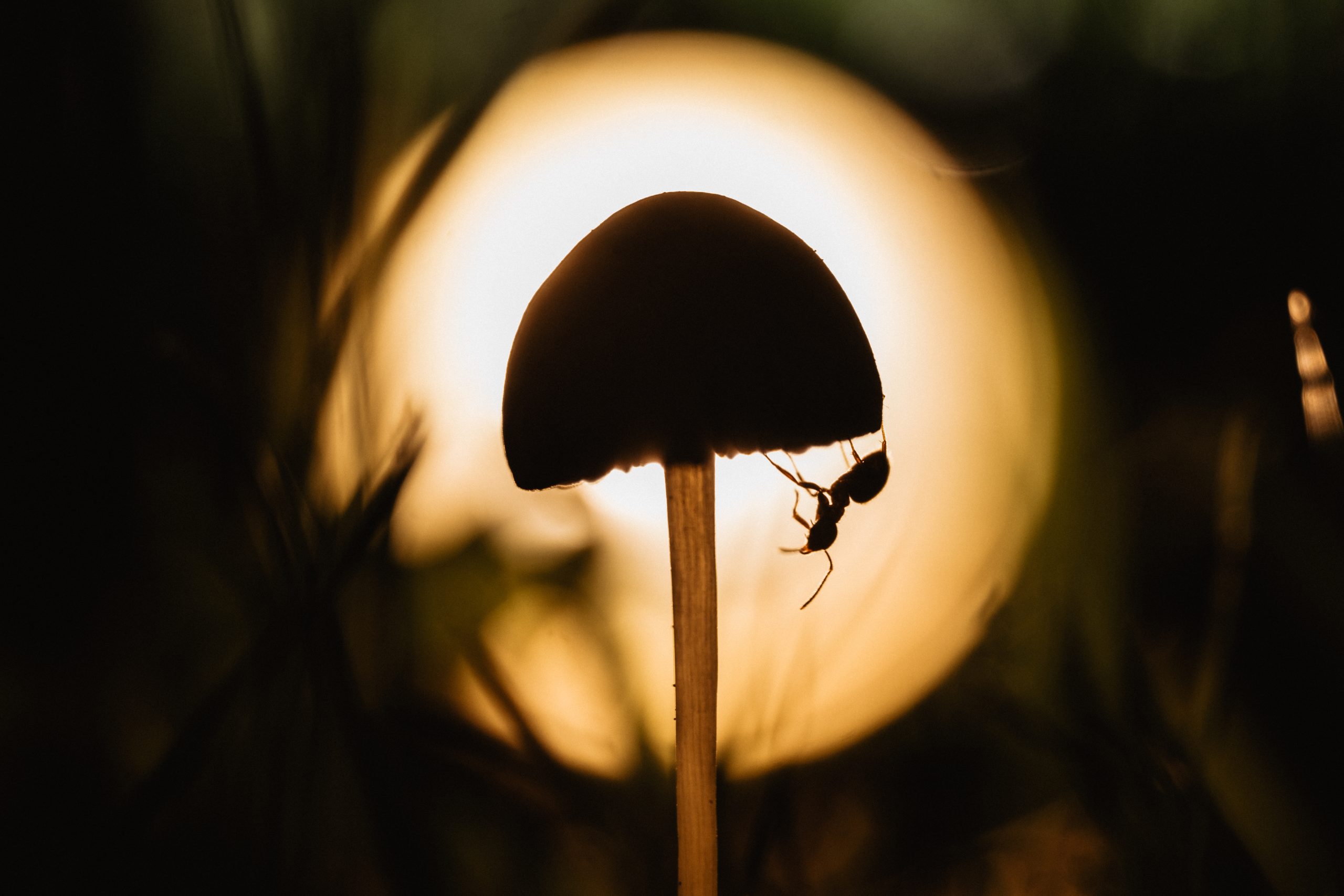 Many mammals and reptiles and even snails and insects hibernate all over the world during the cold winter months. In preparation for the hibernation, they consume more food and during hibernation, they can lower their body temperature to around 32° F (0° C) without dying in that process. Humans cannot hibernate. We would die in the attempt to lower our body temperature that much.

Many animals that live in countries that get cold in winter spend that time resting in an inactive state which is called hibernation. During that time, the body temperature drops significantly to as low as 32° F (0° C) and the animals can survive without needing food which is scarce during that time.

Which Animals do Hibernate?

Hibernating animals are for example hedgehogs, bats, some turtles, snakes, and even frogs. There are many more animals that hibernate to survive the cold months.

Insects that hibernate include ladybugs, bumblebees, and several beetle species. And ants that live in regions with cold winters.

Bears don’t hibernate according to the scientific definition. They do rest, but they don’t lower their body temperature and can wake up and move around during that time.

How do Ants Hibernate?

Most ants collect a lot of food in autumn to be prepared for the cold months. They seal all entrances of their nest to keep the warmth inside and stop moving around. The young ants, larvae, and eggs stop developing and the queen stops laying eggs in order to save her energy during these challenging months.

Ants that live mainly underground dig deeper in the ground, where the temperature is more steady. 3-4 ft below the surface, they can already enjoy 50° F (10° C), and won’t be affected too much by wind and snow on the surface.

Some ant species are able to produce an anti-freeze medium in their ant blood. These anti-freeze mediums were mostly Glycerol. The Glycerol concentration increases in the ants during fall in order to prepare them for the cold.

This is especially helpful for species that live above the surface and have to face really cold temperatures during winter.

The anti-freeze medium can only be found in the ants during fall and winter. During the warm month, this medium is not produced by the ants.

As a whole, some ant species dig deeper into the ground to escape the cold, some produce an anti-freeze medium in their ant blood to protect themselves from freezing. They seal the entrances of their nests, go into an energy-saving mode, and stop moving around.

Do All Ants Hibernate?

Hibernation is a method for ants to survive the cold months during winter when food is scarce and the temperatures are too low to function properly. In regions without winter, hibernation is not necessary for ants.

How do You Tell if Ants are Hibernating?

If you own an ant colony but you are not sure if this species needs to hibernate, the first thing you can do is to ask yourself, where this species came from.

If it came originally from a tropical region with the dry and rainy seasons, chances are high, that they don’t hibernate. If the species is native to regions with warm summers and cold winters, they will probably hibernate.

When you are outside in nature and you don’t see a lot of ants crawling around anymore, it’s time to check out your ants and whether they start to prepare themselves for winter. If you see the following signs in your colony, you should start to help them prepare for hibernation:

If you see these signs in your colony, it’s time to make your ants hibernate.

By the way: You cannot trick your ants to think that it’s still summer. They have a biological clock that tells them, it’s time for hibernation, no matter how the temperature is, or where you keep them.

If you don’t cool your colony down, they will still slow down and prepare themselves for hibernation even though they won’t actually go to sleep if it is still warm.

How do You Make Your Ants Hibernate?

It’s hibernation time! Now that your ants have shown you, that they need a good nap for a few months, it’s your task to gradually cool them down. You can leave your colony somewhere with temperatures around 50° F (10° C).

Maybe a non-heated basement or an unheated room such as an entrance area with somewhat steady temperatures. You could also put them in a fridge with temperature control.

Some wine fridges come with a thermometer and you can simply put your ants in and set the temperature to 50° F.

It is easier to hibernate ants when they are still in a test tube with a water reservoir. If they are already in a formicarium and the colony size is too big for a test tube, you have to make sure that the nest is moist enough so that the ants can still drink.

Keep in mind that the ants sealed the entrances of the nest and won’t come out to eat or drink, but they will still need water or they will try out in winter.

If you want to hibernate your colony at temperatures lower than 50° F you should cool them down slowly over weeks, just like in nature.

Your ants might want to produce their anti-freeze medium in their blood to survive the cold temperature and this takes some time.

If you just put them in the fridge without cooling them down gradually, they will die.

If you hibernate your ants in your fridge, make sure that you adjust the temperature to the warmest setting. Otherwise, it might get too cold for your ants.

Ants look very dead during their hibernation. They stop moving and curl up. If you move the container gently, your ants will just fall around. Don’t panic, they are not dead, they are just sleeping very deeply.

If you start seeing ants outside in February or March again, it’s also time for your ants to wake up as well. Slowly and gradually warm them up until they reach their regular temperature.

Now they are ready for some action!

What Months do Ants Hibernate?

Ants usually hibernate during the cold winter month which are in most countries from November or December until February or March, depending on the temperature.

The preparation for this time already starts during fall, when the temperatures start dropping. The ants will start to collect food, produce an anti-freeze medium in their bodies and seal the entrances of the nest to keep the cold outside.

How Long do Ants Hibernate?

Depending on the region and temperatures ants hibernate between 3 and 4 months.

How do You Get Ants Out of Hibernation?

When you start seeing ants outside, it’s also time for your ants to wake up. Keep in mind, that they just spend several months in an unmoving and stiff state, so don’t expect them to jump up right away.

Let them get used to the warm temperature and if you hibernated them in the fridge, do so gradually.

Your ants might look dead to you, but give them some hours or even days to properly wake up. The workers usually start moving first and for bigger species, it might take up to 2 weeks until the queen is up on her feet again.

All you have to do is putting them in a warmer place where they were before the hibernation and offer them food and water just like before they fell asleep. Your ants will do the rest and slowly wake up from their hibernation.

Do Ants Die-Off in Winter?

Ants do not die off in winter. The reason why you don’t see ants during the cold months is, that they hide in their nest, deeply sleeping in hibernation. Once the temperature rises in spring, they will wake up and you will see them again crawling around outside.