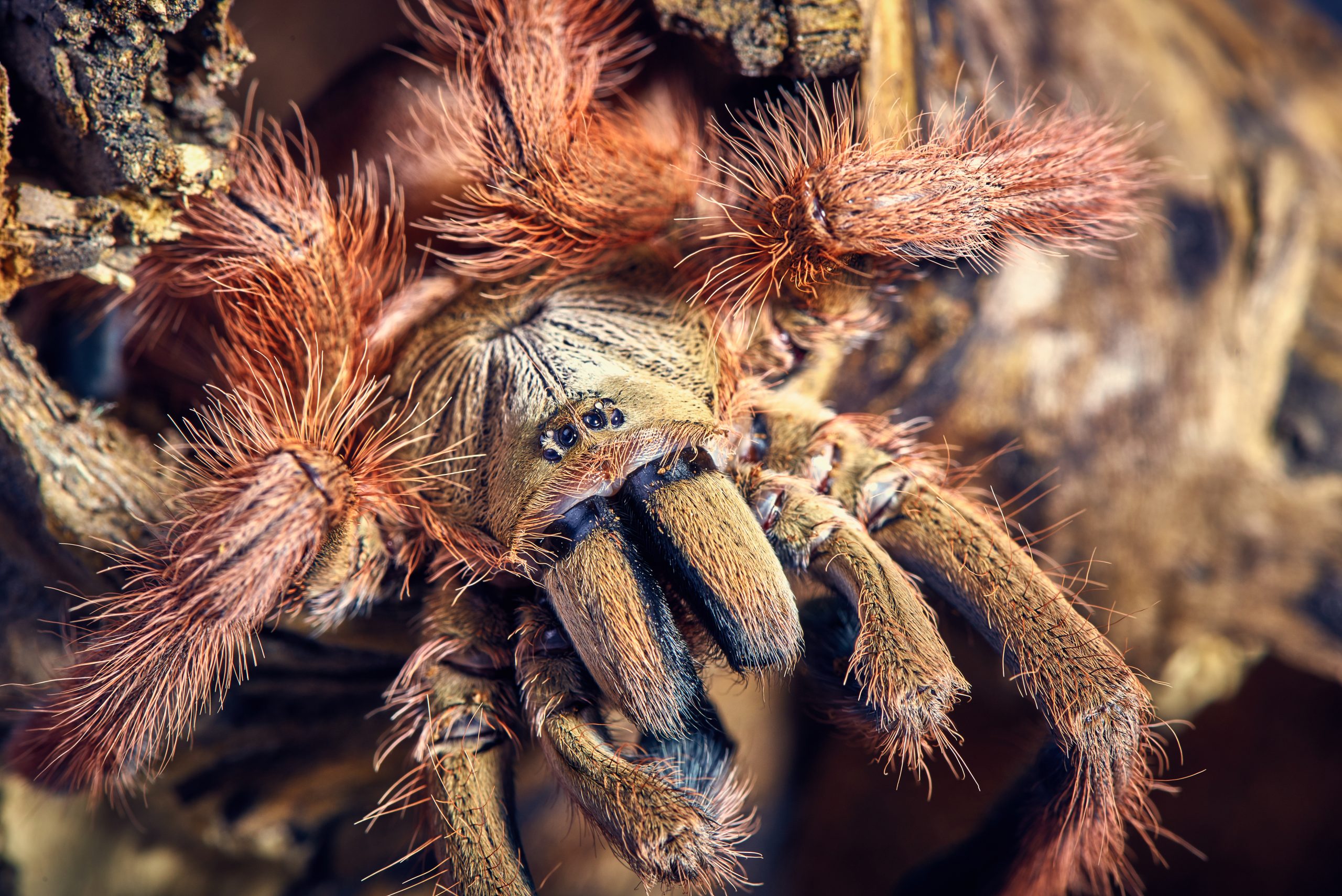 I am often asked why a tarantula is not a true spider and how they are different. After all, they both have eight legs, spin webs, and apart from the obvious size difference both look like spiders. So what makes tarantulas different?

As a whole, tarantulas are larger than other spiders, their fangs point down where regular spiders have fangs that point towards each other, tarantulas have hair over their whole body including their legs, and tarantulas don´t spin webs to catch prey. But tarantulas still belong to the family of Spiders.

So as you can see there are quite a few major differences between regular spiders and tarantulas but at the end of the day, tarantulas are just another subspecies of spiders. They still belong to the family of spiders.

Main Differences Between Spiders and Tarantulas

There are a lot of different spider species on earth and we probably only found and identified around 10 % of them. One of the most interesting spider species, mainly because of its size, is the tarantula.

Tarantulas are widespread all over the world and have adapted in various ways. They live in deserts, forests, and rain forests.

But all tarantulas have the following with each other in common that distinguishes them from regular spiders.

Tarantulas are Bigger than Other Spiders

Tarantulas are very big compared to other spiders and they can live for many years.

Female tarantulas can live 25 years on average and they can get as old as 30 years. In their long life, they can grow to an average size of 5.5 inches or 14 centimeters.

The biggest tarantula is also the biggest spider in the world. It’s called Goliath bird-eating tarantula and can grow to be 11 inches or 28 centimeters in length.

Tarantulas are almost always bigger than other spider species.

Tarantulas have Fangs that Point Downwards

Another big difference is the fangs of the tarantula.

The fangs of a tarantula point downwards and slightly curved towards the mouth of the tarantula while the fangs of other spiders are usually pointing towards each other and function more like a pincer.

This is because tarantulas catch their prey by running it down and catching it directly with their fangs. Other spiders usually rely on their webs to catch prey and all that they have to do is kill the prey once it is tangled up in their web.

This also leads us to the next big difference.

Tarantulas Produce Webbing but not to Catch Their Prey

While tarantulas are able to produce webbing they don´t create webs for catching prey.

Tarantulas hunt their prey by catching it with their fangs. They usually only have webbing around their nest and in their nest where they sleep.

They are able to detect if a predator or prey stepped on their web but their web is not meant to catch the prey. Their webs also don´t look like regular spider webs but more like Halloween cobwebs.

Tarantulas have Hair on Their Bodies

While there are some spiders that have hair on their legs most spiders don´t have any hair at all.

The tarantula is the exception. All tarantulas have hair on their whole body.

Some are urticating hairs that are used as a primary defense mechanism. The tarantula kicks off these urticating hairs when it feels threatened. They will get stuck in the skin of potential predators and can cause skin irritations.

The rest of its hairs are mostly used for detecting vibrations, for “smelling”, and more.