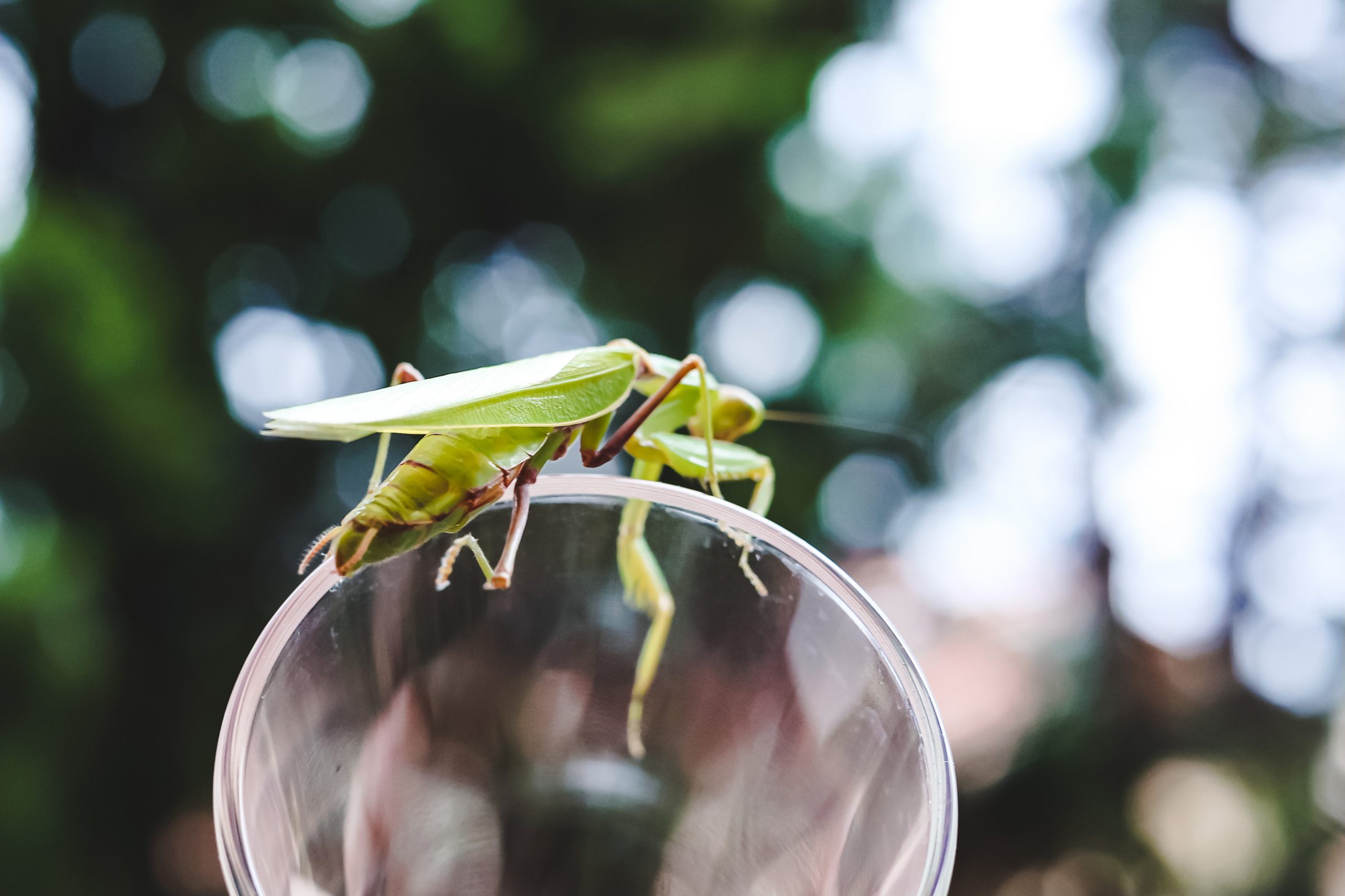 The praying mantis is among the largest insects in the Western hemisphere. They are native to tropical and sub-tropical areas but some species were introduced to most countries of the world. They are carnivores and masters of camouflage, which makes them the perfect patient predator that waits for the prey to come close enough to be caught.

Most praying mantis species grow a pair of wings in their final molt when they become adults. In the majority of species, only the male can fly, while the female cannot use her wings.

As a whole, male praying mantis can fly in their final stage of the life cycle when they are adults and able to mate. Both males and females have wings in their final molt, but in most species, only males can fly. The only purpose of the wings is to be able to find a female in order to mate.

This is Why You Don´t See Every Praying Mantis Fly

The majority of praying mantis develop wings in their final molt. Before that reach that stage, they are wingless and only have useless but visible wing bugs.

The male praying mantis goes through 7 molts while females go through either 8 or 9 molts.

After this final molt, the praying mantis peels itself out of the old skin with freshly developed wings on the back.

Both male and female praying mantis develop wings in the final molt.

Females can make long jumps, but only males can really fly.

During the mating season in autumn and in tropical regions all year long, it is common to see a flying praying mantis.

The males fly around and search females, in order to reproduce themselves. Many males also choose the night for their search for females, as fewer predators are in the sky at night.

Do All Praying Mantis Have Wings?

As a whole, praying mantis only grow wings during their final molt. A Mantis with wings are adult mantis, that are ready to mate. In most species, only the male praying mantis can use their wings to fly, while the female wait for the males to approach for the mating ritual.

When praying mantis hatch, they don’t have wings. Male and female baby mantis look very similar to each other and cannot be told apart until they are in their final stage of the life cycle.

Throughout their lives and molts, they grow bigger and bigger, but only after the 7th molt for males or the 8th or 9th molt for females, they grow wings.

Not every praying mantis species develop wings, but most of them do.

During their life, praying mantis uses their camouflage looks like a disguise to wait patiently for their prey to come closer. They don’t need wings to go after potential prey.

Their hunting tactic only requires sitting still and being patient.

Female praying mantis have shorter wings than males than don’t go all the way over their body and also have a bigger abdomen which makes it hard or even impossible for them to use their wings to fly.

Why do Praying Mantis Fly?

Praying mantis have three reasons to use their wings. These reasons are mating, scaring predators, and escaping.

Female praying mantis send out pheromones to attract male mantis and wait for them to approach. Males fly around, trying to find the females. Once the male mantis senses the pheromones, it carefully approaches the female to mate with her.

Another reason to use their wings is to scare predators away.

Praying mantis have two sets of wings. The outer wings are often colorful or used for camouflage, and the inner set is lighter and made for flying.

Many praying mantis species have impressive colorful outer wings that make them look either a lot bigger than they are or look like huge eyes of an animal, which again is a reason for predators to choose a different prey.

The last reason for the mantis to use their wings is to fly away in a dangerous situation and to escape from predators.

How do Praying Mantis Mate?

If the male successfully approached the female mantis, he pulls himself on her back and stays there for a while before making another move.

This whole process can last for hours before the mating has even started. The reproductive organs of the praying mantis are located at the end of the abdomen.

The next step is to bring the tips of the abdomen together in order to copulate. This can take a few minutes or also several hours.

Praying mantis are known for sexual cannibalism, which means that the female attacks and eats the male before, after, or even during mating.

Throughout the entire process, the female can always decide to rather eat the male, instead of mating.

But even though praying mantis are widely known for this rather brutal or disturbing mating ritual, it does not happen in the majority of cases. In only about 20% of the cases, the female devours the male.