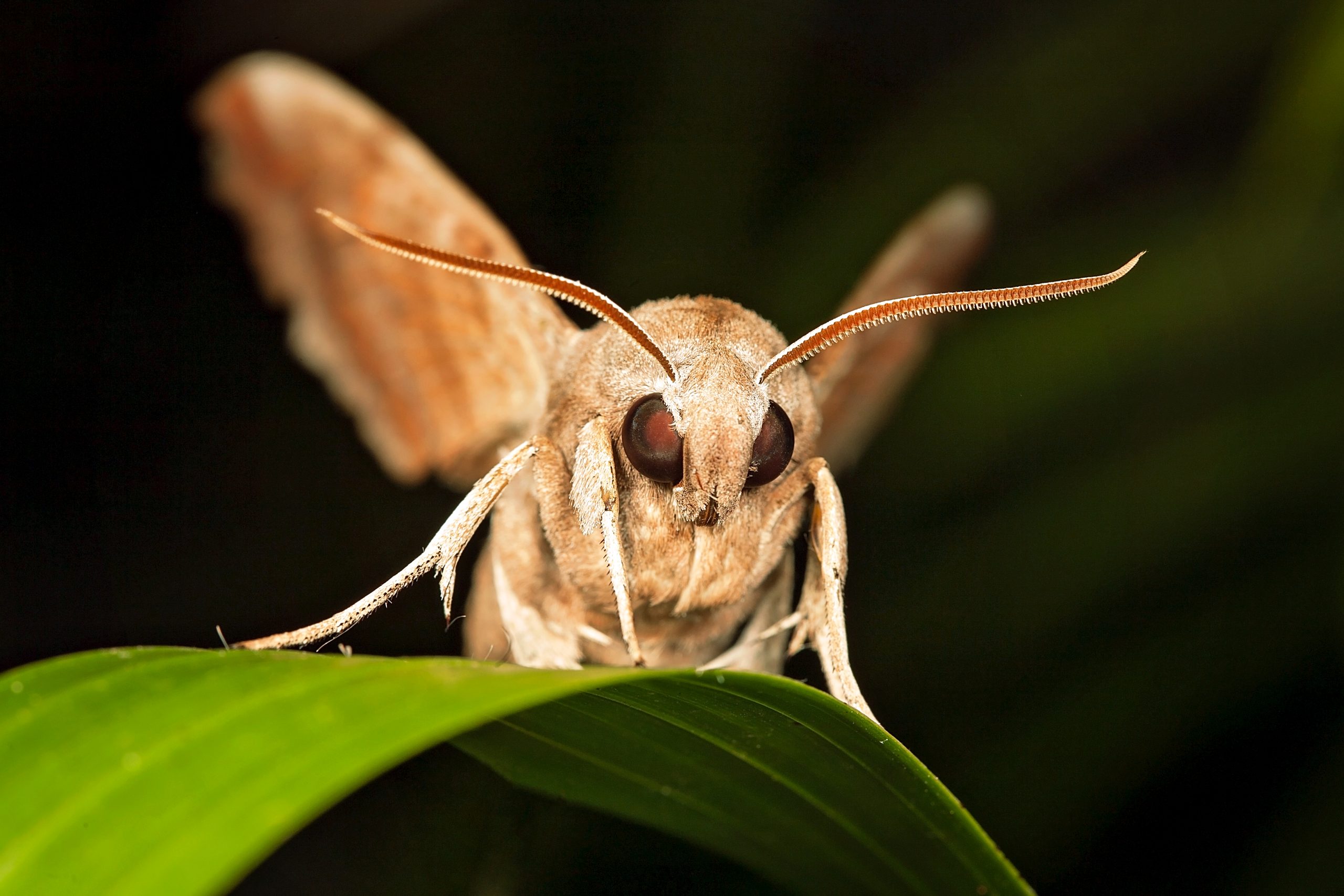 Moths are nocturnal insects that are perfectly built for navigating at night. But how are they able to see in the dark?

As a whole, moths can see in the dark but they don´t see colors. The moth needs longer to process one singular image than a human but therefore the contrast of the image that the moth perceives is also much higher. This high-contrast image helps them navigate through the night.

Scientists found out that moths are able to slow down or speed up their brains for processing what they see depending on how fast their surroundings moved.

So if their surroundings moved very fast because the moth was flying fast or because there was a strong wind that night then the moth would process the images perceived by its eyes faster.

But the faster the moth processes an image the less contrast it has making it harder to make out the surroundings of the moth properly.

The longer the moth processes a single picture the higher the contrast and the better it is able to navigate.

So moths are way better at navigating when it is wind still outside.

There is an article from the University of Helsinki that you can read for more information on the vision of moths.

Moths Visual Processing Can be Compared to That of a Camera

Interestingly enough, the visual processing of the moth can be compared to that of a camera. If you know how a photo camera works then you will know what the exposure time is.

Exposure time is basically the time that the shutter is open to allow light to expose the film. In digital photography, the film is just a photosensitive sensor.

The longer the light exposes the film the brighter the image will get. But if the object that you are taking a picture of is moving then you will see that the object will become blurry the longer the exposure time.

A moth’s vision is very similar as it can see better at night the longer it can “expose” the image that it sees. But if anything in its visual radius is moving then it will see that object blurred.

We, humans, tend to see much worse in the dark and we often have a hard time identifying colors in the dark. So we often assume that nocturnal animals, such as moths, don´t see any color at all or are maybe even colorblind but is that really so?

As a whole, moths are not colorblind. Moths are able to see colors and even use their ability to see color in the dark to identify flowers at night. But they very likely don´t see colors nearly as well as humans do.

Moths need much longer time to process one single image that their eyes have captured than humans but that is also by design.

They capture way more lighting information over a longer period of time to use the little light they have at night to see colors and forms at night.

If you have ever seen a moth consistently flying against a light bulb you might have asked yourself this question before. But are moths blind or is there another reason for a moth to be confused by light?

Moths are not blind. They can see pretty well at night even though their vision is somewhat delayed when compared to the vision of a human. Bright lights will confuse and temporarily blind and disorient them. That’s also why they seem to be attracted by light at night.

If you want to avoid attracting moths then you can use lightbulbs that aren’t as bright as normal lightbulbs.

Yellow light bulbs are also better as the wavelength is somewhat shorter than that of white light making it less confusing for moths.

Blue light would be even better but it also doesn´t light up its surrounding as well. So I would only recommend it for smaller lights or for lights that are outside where you don´t have to see your surroundings as well.

If you have a moth that is constantly flying against your lights then simply turn them off for half an hour to give the moth a chance to regain its sight and fly away.