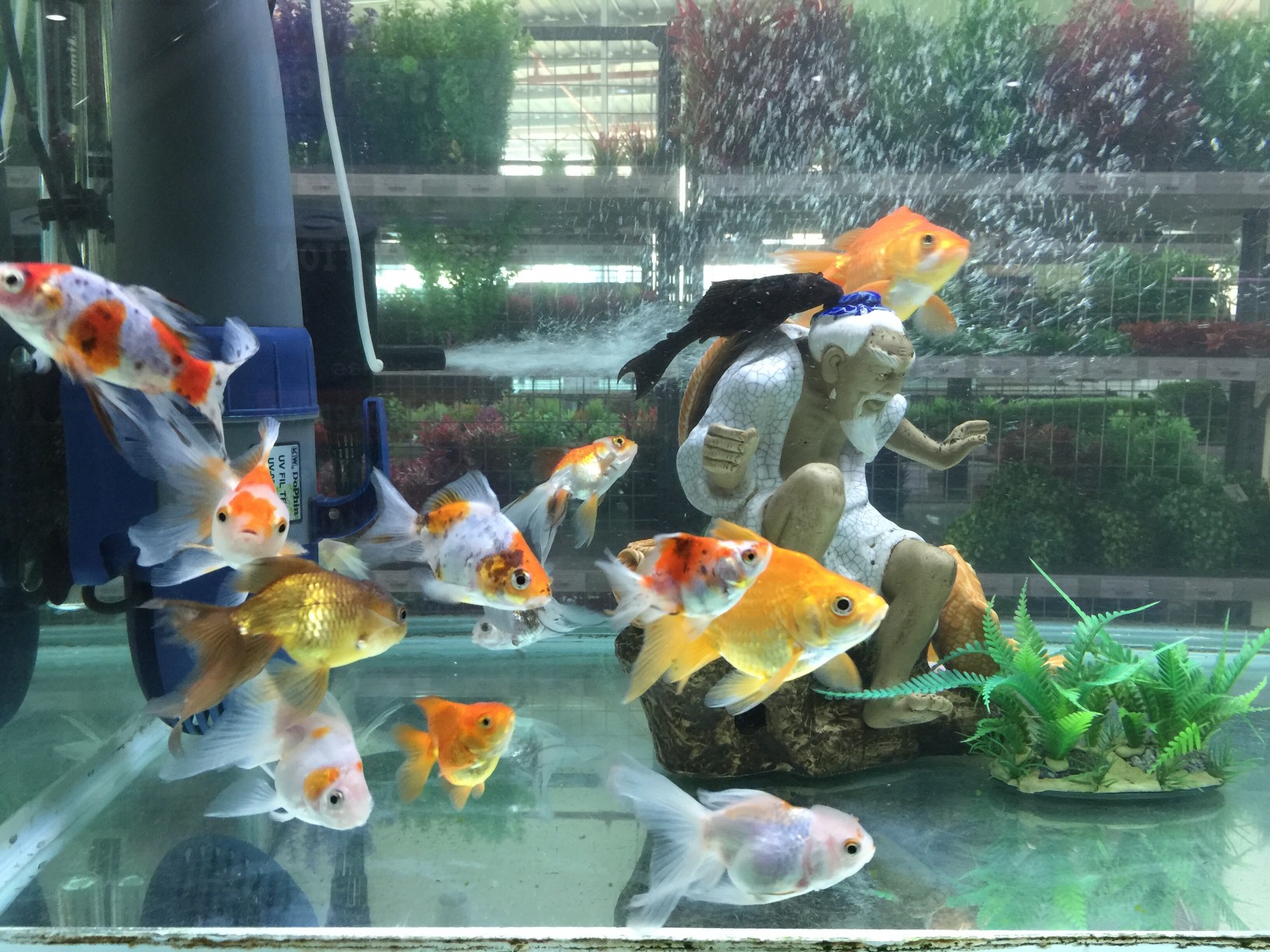 Goldfish seem to be easy pets to care for. They are being given away at local fairs and sold in little plastic bags without any information, making the new owner believe, that a bowl and tap water will do.

Unfortunately, this is a common misbelief, leading to thousands of goldfish dying within a few days or weeks although the life span of a goldfish should be 10 – 15 years on average. Goldfish need a big tank, they need water filtration and they need a lot of oxygen in the water to be able to breathe.

As a whole, air pumps are not essential in all cases but are recommended. Goldfish need oxygen in the tank and it depends on the rest of the aquarium set up, if an additional air pump is necessary or if the filtration system, plants, and other equipment create enough movement in the water.

What are Air Pumps For?

Air pumps create bubbles at the bottom of the aquarium in order to bring additional oxygen into the water. It also keeps the water moving to properly distribute the oxygen in the tank.

Goldfish also like to play with the bubbles, so it’s also a nice toy for your pet. Some air pumps make buzzing noises that can be disturbing, but there are air pumps that are designed to make less noise, such as this one.

When the water is moving regularly, the oxygen levels in the tank will fulfill your goldfish’s neds and the algae growth is slowed down.

How Long can Goldfish Survive Without an Air Pump?

A goldfish can survive in an aquarium without an air pump. An air pump is not essential for the survival of the goldfish if some other criteria are met.

It has to be ensured, that there is enough oxygen in the tank water and enough movement in the aquarium to distribute the oxygen properly.

Some filters create enough movement in the water and some even air bubbles, such as the sponge filter, bottom filter, or the under gravel filter. Some filters create small waterfalls, leading to a lot of movement and bubbles. In these cases, an additional air pump might not be necessary.

How do I Know if My Fish Tank has no Oxygen?

The most obvious sign of a lack of oxygen in the water is the behavior of the goldfish in the tank.

Goldfish need oxygen to breathe underwater. If a goldfish is gasping for air at the surface or is breathing heavily underwater, these can be signs for you, that more oxygen is needed immediately. Other signs are a lack of appetite or if a goldfish becomes very still.

If you are unsure if you need an air pump to add oxygen to the water, you should have a look at your tank. If your filter system does not generate movement on the surface or bubbles to move the water around, an air pump is probably needed.

Another indicator is the size of the aquarium. If the aquarium is rather small or very high but not very long and wide, you might want to get an air pump.

How do I Give my Goldfish Oxygen Without a Pump?

There are some possibilities to create and distribute oxygen in an aquarium, without an air pump.

The most obvious solution is a filter system that creates bubbles and enough movement to make an additional air pump obsolete.

Another solution could be a huge tank. The bigger the surface, the more oxygen will be introduced to the water.

If you notice some weird behavior from your pet and need a quick solution to add oxygen to your tank, you can make a 50-60% water change.

This is a good quick solution, but no long-term solution.

What Causes a Lack of Oxygen in a Fish Tank?

The main reasons for a lack of oxygen in a fish tank are:

Every fish needs to breathe. If the tank size is not adequate for the amount of fish, the oxygen level can quickly be too low.

The more fish you have in an aquarium, the greater the amount of waste they produce. A lot of waste in the tank can lower the oxygen-carrying capacity of water.

If the filters in the tank are clogged, they can not do their job properly, which can lead to a lack of oxygen.

Algae growth happens in every aquarium. And during the day, the algae convert sunlight and carbon dioxide into oxygen, just like any other plant does. But once the lights are turned off the algae uses the oxygen in the water and converts it back into carbon dioxide. Some algae in your tank are usually no problem, but an algae overgrowth can be very unhealthy for the aquarium.

The bigger the water surface, the more oxygen can naturally be introduced to the tank. That also means that a small water surface can prevent a sufficient supply of oxygen in the water.

Movement in the water is necessary to distribute the oxygen in the tank. Without enough movement, the oxygen levels can be too low. But watch out: Not only a lack of oxygen is possible in aquariums. With too much movement, it is possible to oversupply the water with oxygen which is also very harmful to goldfish.

Can Goldfish Survive in Tap Water?

Goldfish can only live in tap water, which was treated properly. If untreated tap water is used, a goldfish can die. The substances in the tap water are not harmful to humans, but the water levels are not good for fish.

We have a complete article that explains exactly why goldfish can´t survive in tap water and how to prepare tap water for goldfish.

Before using tap water in an aquarium, substances like chlorine, chloramine, and any heavy metals have to be removed. This can be done with a conditioner, available at the pet store.