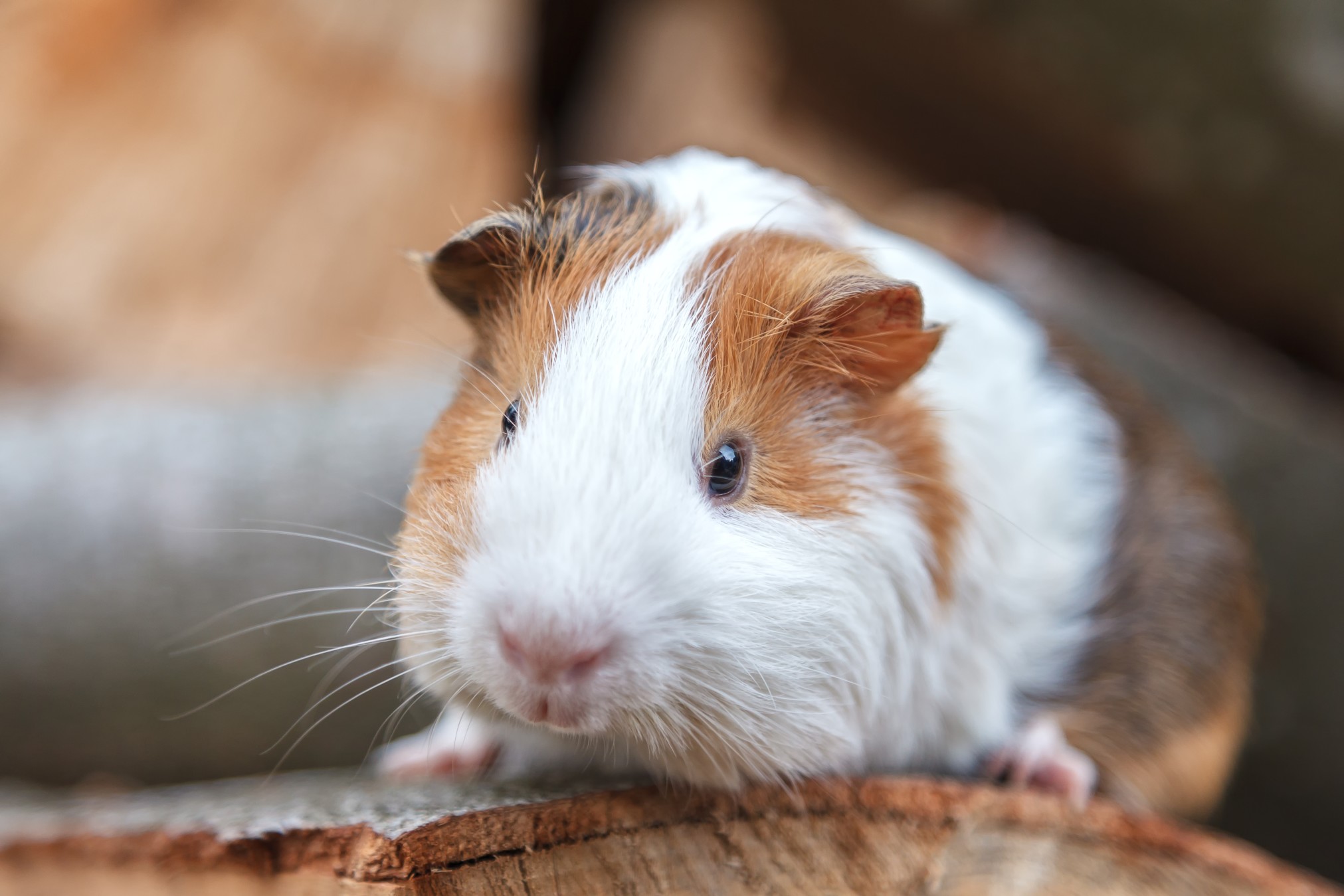 As a guinea pig owner, you might come to a point where you would like to introduce another animal to your family. And the best fit would be a pet that also gets along with your guinea pigs. But are there animals that guinea pigs can play with? You will find all the answers in the article below.

There are cases in which guinea pigs get along great with other pets such as rabbits, dogs, or even cats, but they have to be introduced properly and supervised at all times to make sure that the guinea pig is safe. Guinea pigs can easily get hurt by other animals, even if they don’t intend to hurt them. They are just rather fragile compared to other pets.

In the following, you will find more information on whether guinea pigs can play with other pets, and how to properly introduce them to each other without risking any pets’ health or safety.

What Animals Does a Guinea Pig Get Along With?

Before letting any other animal play with your guinea pig, you should know that guinea pigs are prey animals.

That means that they are naturally very nervous around predators such as cats or dogs. They get easily scared and stressed out and will try to hide or run away instead of making any contact with another animal.

That being said, there are obviously many guinea pig owners, that claim that their beloved dog, cat, chinchilla, chicken, or other pet gets along perfectly with their guinea pigs.

And I am sure that they are telling the truth because my guinea pigs also got along well with a rabbit, a small dog, and a cat.

But that does not change the fact that guinea pigs are rather fragile prey animals and any contact with another animal has to be properly prepared and supervised.

Another very important fact is that different animals carry different kinds of bacteria. And some of the bacteria that other pets such as cats, dogs, rabbits, or chickens carry, can be very harmful to guinea pigs.

That is why the safest option for guinea pigs is to only live and play with other guinea pigs.

Animals that guinea pigs usually get along with well are other prey animals such as rabbits or chickens.

If they are introduced to each other at a rather young age, chances are high that they will accept and tolerate each other.

This does not mean, that they should be kept in the same enclosure, but they could share a playpen every now and then, and might even enjoy each other’s company.

Predators such as cats and dogs are a natural threat to guinea pigs. If they are introduced to each other at a young age, they might get along well.

But they should never ever be left alone to play with each other.

Other animals are not able to understand that they cannot play with guinea pigs as they would play with conspecifics.

Guinea pigs can easily get hurt and if you decide to let another animal interact with your guinea pigs, you should always stay close enough to be able to intervene.

Can Guinea Pigs Play With Dogs?

On the internet, you can find cute pictures of guinea pigs and dogs cuddling with each other. But that is not the usual case.

Dogs are predators and guinea pigs are prey animals. It is not recommended to allow any physical contact between guinea pigs and dogs in order to protect the guinea pigs’ health and safety. Guinea pigs should simply not be allowed to play with dogs.

There are cases in which dogs get along great with guinea pigs and even protect them or cuddle with them. But even a harmless playful dog-pinch can injure a guinea pig severely.

Therefore you should not take the risk of introducing guinea pigs to dogs if you are not an experienced dog owner and you can read your dogs’ signs very well.

Any contact should be under supervision and your dog should be one of the very calm, patient, and kind ones.

Can Guinea Pigs Play With Cats?

Guinea pig owners often ask themselves if there is any chance to introduce their guinea pigs to pet cats. Cats are cuddly, playful, and very curious, but guinea pigs are definitively not the best play partner for cats.

As a whole, cats are predators and guinea pigs are prey animals. Cats love to chase smaller animals and play with them. It is not recommended to allow any physical contact between guinea pigs and cats because any contact can lead to serious injuries.

Cats usually pretend to not be interested in a guinea pig and will slowly approach after a while. This is why cats and guinea pigs should never be in the same room without supervision if they don’t know each other yet, even if the guinea pig is in an enclosure. Cats are the kind of predators that chase guinea pigs, play with them, and eventually hurt or even kill them. A guinea pig senses the danger and will be stressed out because it does not know that the enclosure is protection. If possible, cats and guinea pigs should not be kept in the same room together.

Can Guinea Pigs Play With Birds?

Birds such as budgies can be introduced to guinea pigs and might be interested in each other’s company, but they cannot be kept in the same enclosure. In households with guinea pigs and birds, contact might be unavoidable, but do they make good playmates?

As a whole, guinea pigs and birds can be kept in the same household or even the same room, but not in the same enclosure. They can play with each other under supervision, but in most cases, they won’t be too interested in each other.

Small birds are usually not a threat to guinea pigs. Keeping both animals in the same room in separate cages is no problem at all. If the cages are too close to each other, or if the guinea pigs roam free in the room, they might be bothered by the droppings of the birds.

Some owners of both birds and guinea pigs let birds fly free in the same room in which the guinea pigs are roaming free. You can let these two animals interact with each other under supervision. But since they are very different from each other, they might not be too interested in each other.

Can Guinea Pigs Play With Rabbits?

As a whole, guinea pigs can be kept with rabbits but won’t necessarily play with each other. In most cases, they tolerate each other, even though they “speak different languages” and cannot understand each other’s sounds, behavior, or body language.

Guinea pigs and rabbits are both herbivorous rodents with similar cage and food requirements, even though rabbits are usually much more energetic and need more space to run and jump around.

But it is important to know that they are still different animals that don’t usually communicate with each other.

In some cases, when rabbits and guinea pigs are very young when they are introduced to each other, they get along very well and even cuddle or play with each other, but in most cases, they co-exist happily without interacting a lot with each other.

Guinea pigs and rabbits also have very different energy levels and urge to move. While guinea pigs have more of a wobbly walk and don’t need to run around too much, rabbits can jump very high and can easily outrun an average human.

Rabbits sometimes kick out with their long feet and can potentially hurt guinea pigs.

And guinea pigs can easily get stressed with a hyperactive rabbit nearby if they don’t have a place to hide and stay safe.

Both rabbits and guinea pigs are herd animals and need to be kept with others of their race.

Most prey animals need a herd to feel safe and happy, and a herd is usually a group of the same animal species.

From my personal experience, rabbits and guinea pigs can play together and can live a happy life together, but only if several criteria are met:

This bacteria can be carried by cats and dogs as well. It is one of the most common causes of respiratory issues in guinea pigs.

I personally never had a problem with this bacteria, but some guinea pig owners claim that their pet got sick after living with a rabbit.