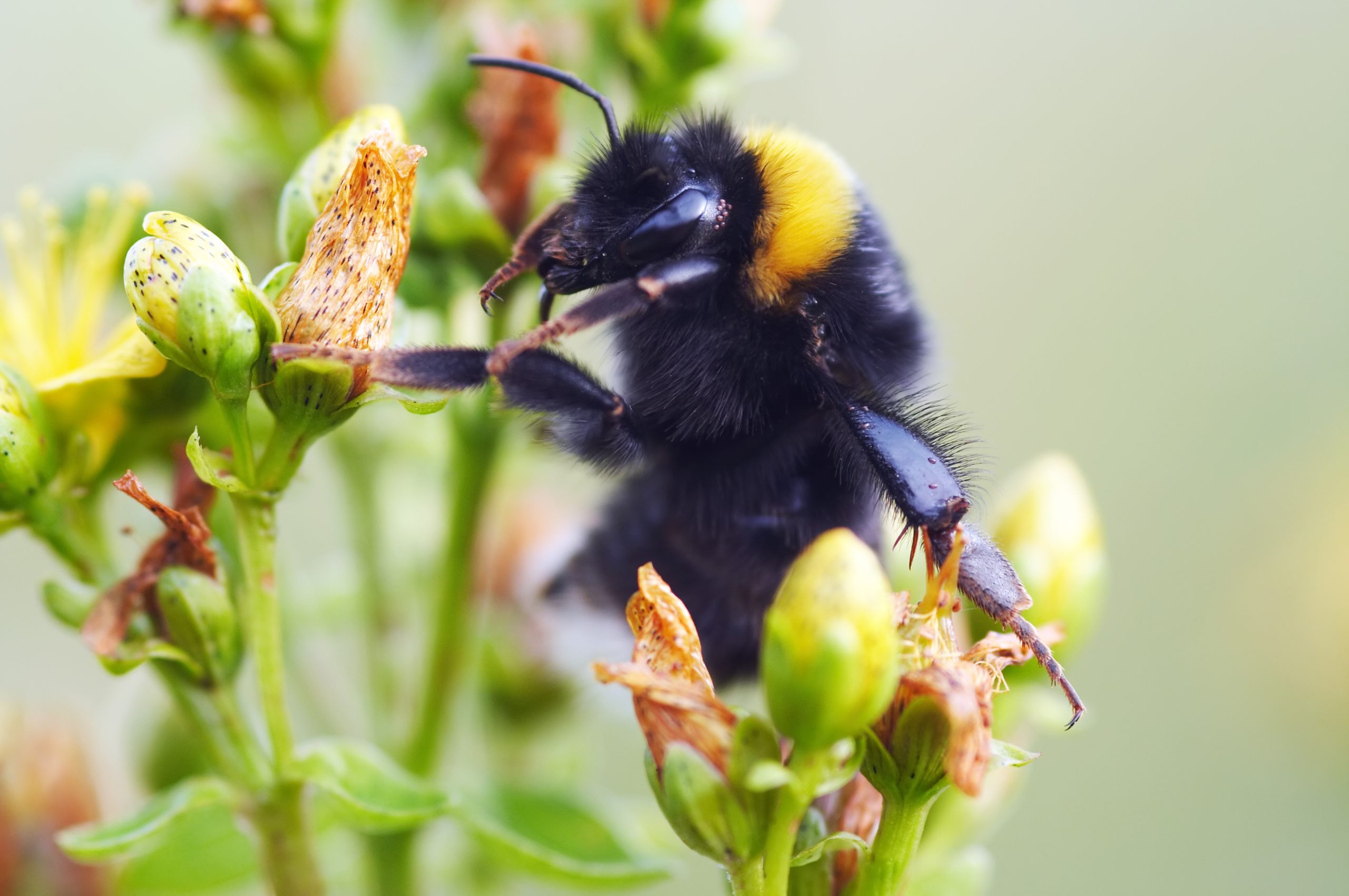 Bumblebees can be found in many countries all around the world and while there exist a lot of subspecies of the bumblebee with different colorations and patterns, they are usually all bigger and hairier than honey bees or wasps. Otherwise, they are pretty similar to bees and wasps but does that also mean that they can sting?

As a whole, bumblebees can sting but only if they are provoked or cornered. Only female bumblebees, a female worker or a queen, have a stinger. Contrary to honey bees the bumblebee doesn´t die when it stings and is able to sting multiple times.

The bumblebee usually retracts its stinger after it has stung so the stinger won´t get stuck in your skin.

This is quite different from honey bee stings where the stinger has barbs on it and gets stuck to the person that the bee has stung.

The venom gland of the honey bee will often be attached to the stinger as well making a honey bee sting much more annoying to deal with than a bumblebee sting.

Do Bumblebees Sting or Bite?

There is a common misconception that bumblebees bite and don´t sting.

Bumblebees sting and don´t bite. Their stinger is very well hidden on the abdomen of the bee and a bumblebee doesn´t die when it stings someone because, unlike the honey bee, the bumblebee can retract its stinger after it has stung.

So you probably never see the stinger leading to the assumption that bumblebees bite and don´t sting.

Also, not every bumblebee has a stinger. Male bumblebees don´t have one making them essentially defenseless.

Is a Bumblebee Sting Worse Than a Honey Bee Sting or a Wasp Sting?

Bumblebees rarely sting, which is why it isn´t well known that they sting. Most people are either stung by a bee or a wasp and not by bumblebees because bumblebees are usually very docile insects. But which of these insects has the worst sting?

As a whole, a bee sting is often worse than a bumblebee sting because the bee stinger has barbs on it that will make it so that the stinger gets stuck when the bee stings. The bumblebee, on the other hand, will sting and then retracts its stinger and usually flee right after stinging.

So venom wise there isn´t a notable difference in pain but the sole fact that the bumblebee is the only insect of these three that can actually retract its stinger makes it so much worse to be stung by a bee or a wasp.

A bee’s stinger, for example, will get stuck to the person that it has stung. When the bee tries to get away the stinger will detach and the bee will die.

A lot of the time the venom gland will detach with the stinger and this can result in additional venom being injected until the stinger is removed.

What Happens to a Bumblebee When it Stings?

We know that a bee, for example, will die when it has stung because the stinger of the bee will get stuck on the victim and when the bee tries to retract its stinger it will rip open its abdomen and the bee will die. But what happens with a bumblebee when it stings?

As a whole, a bumblebee can retract its stinger after it has stung. So a bumblebee will usually survive when it stung someone, unlike a bee. Bumblebees can theoretically sting multiple times but they are very docile insects, so they rarely sting at all, and if they do they usually only sting once and then flee.