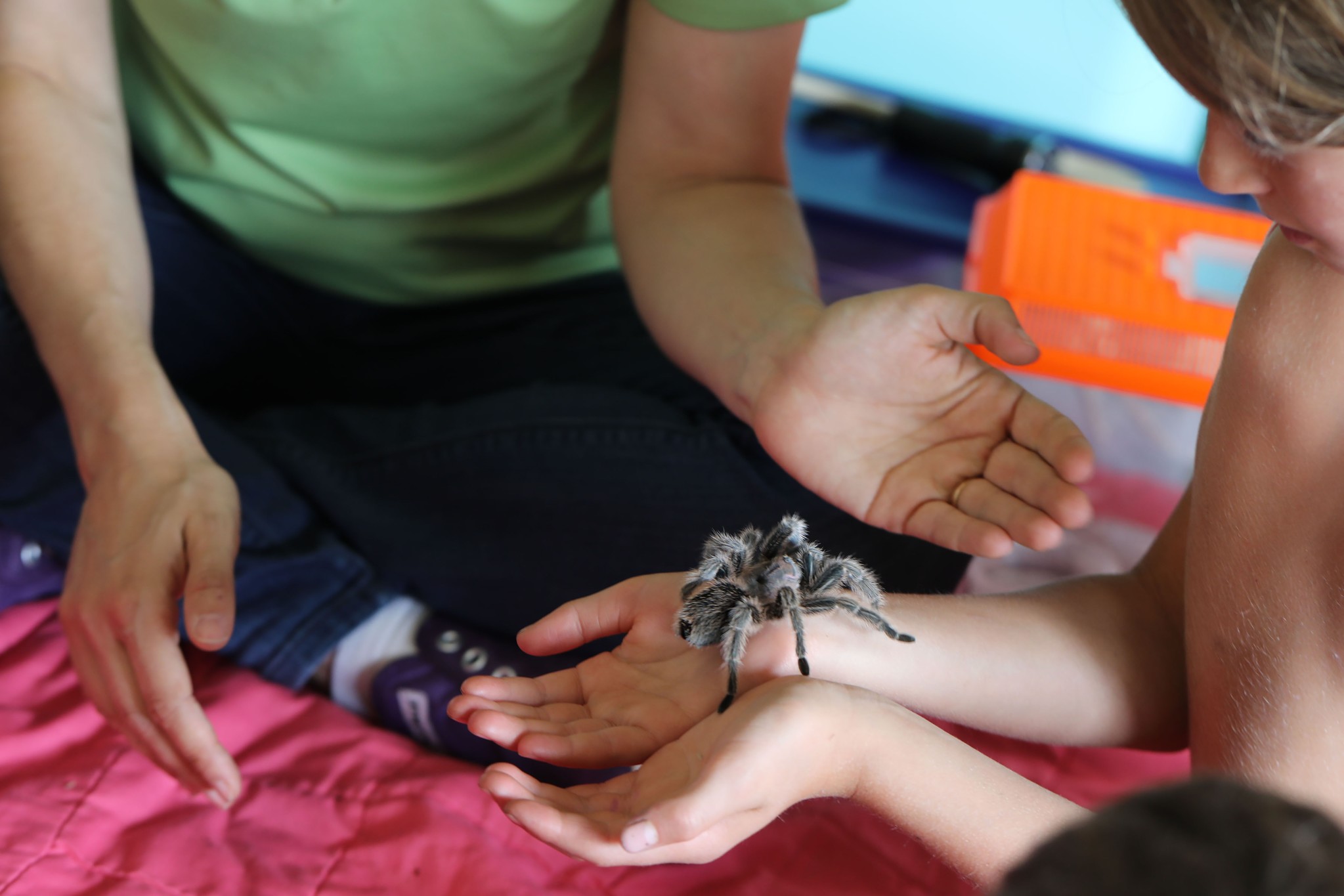 As a whole, spiders are good pets to keep for beginners and veterans alike. Spiders are generally easy to care for and are relatively low maintenance while being interesting to watch. Beginners should opt for spiders like tarantulas or jumping spiders as they are not dangerous to humans while still being interesting.

Even though spiders, in general, may look dangerous there are plenty of spiders that look interesting but are generally very docile and not dangerous for humans.

If you want a detailed list of good pet spiders for beginners then consider reading our article on the 12 best pet spiders right here.

As I mentioned above, spiders can be amazing pets but beginners should refrain from getting poisonous or dangerous spiders.

As a whole, spiders can be kept as pets but beginners should be careful to choose a spider species that is easy to keep and isn´t dangerous to humans. Tarantulas are a popular choice for beginners as they are docile and their venom isn´t dangerous for humans.

Most spiders are easy to keep and don´t need a lot of maintenance.

You should clean their terrarium about once a month and feed them regularly.

Feeding is generally pretty easy as spiders like to hunt their prey all you have to do is throw some crickets or other insects in their terrarium and they will hunt it themselves.

Beginner spiders like tarantulas and jumping spiders are generally very docile and rarely bite humans. And even if they do the venom is generally not dangerous to humans unless you are allergic.

Tarantulas and jumping spiders can also be held in your hand and even picked up if you are careful enough.

So while they don´t like being petted they like running around on you or in your room every now and then. But you can also just leave them in their terrarium.

The only downside to keeping spiders as pets is that they tend to live quite long. Tarantulas tend to live for 15 to 20 years depending on their species and gender.

This means getting a pet spider can be a very long-lasting decision to make.

Another thing that you should keep in mind is, that spiders aren´t for everyone. So if you look at pictures of spiders and you feel uneasy then you probably should not get a spider as a pet.

And it is generally not a good idea to get a poisonous spider as a beginner. It is best to have a non-dangerous spider first to learn how spiders behave and how to care for one before getting a more dangerous one as your pet.

I already mentioned that tarantulas are good spiders to keep as pets but are tarantulas good pets in general or is it a bad idea to have a tarantula as a pet?

As a whole, tarantulas are good pets as they are generally very docile towards humans and don´t require a lot of maintenance or attention compared to other pets. However, they won´t learn any tricks or connect to their owner in a way that a dog would.

Spiders as pets, in general, aren’t for everyone. So before you get one you should know that a tarantula is generally not easy to connect with.

While they can recognize their owner they don´t form any close connections to their owner. So don´t expect your tarantula to show any signs of happy emotions towards you.

It will probably look up when you open the terrarium to feed it but that is about it.

Tarantulas are easy to take care of and are generally easy to feed. That is also why I like to recommend tarantulas to beginners who really want to have a spider as a pet.

Most of you either have to go to school or to work so naturally you are wondering how much attention and maintenance a tarantula needs.

As a whole, tarantulas are low maintenance and are generally not difficult pets to keep. They need a terrarium that is about 10 gallons in size and it is only necessary to clean and feed the tarantula once a week. They eat live crickets and the upkeep cost of a tarantula is around $15 to $25 a month.

Tarantulas are very low maintenance when compared to other pets like dogs, bunnies, or even mice.

Tarantulas are solitary animals so they don´t need your company to be happy and they are generally very docile, so you don´t have to be afraid of being bitten by them as long as you don´t threaten them.

Tarantulas also don´t have a big upkeep cost as they don´t eat much and otherwise don´t need much except maybe substrate for their home.