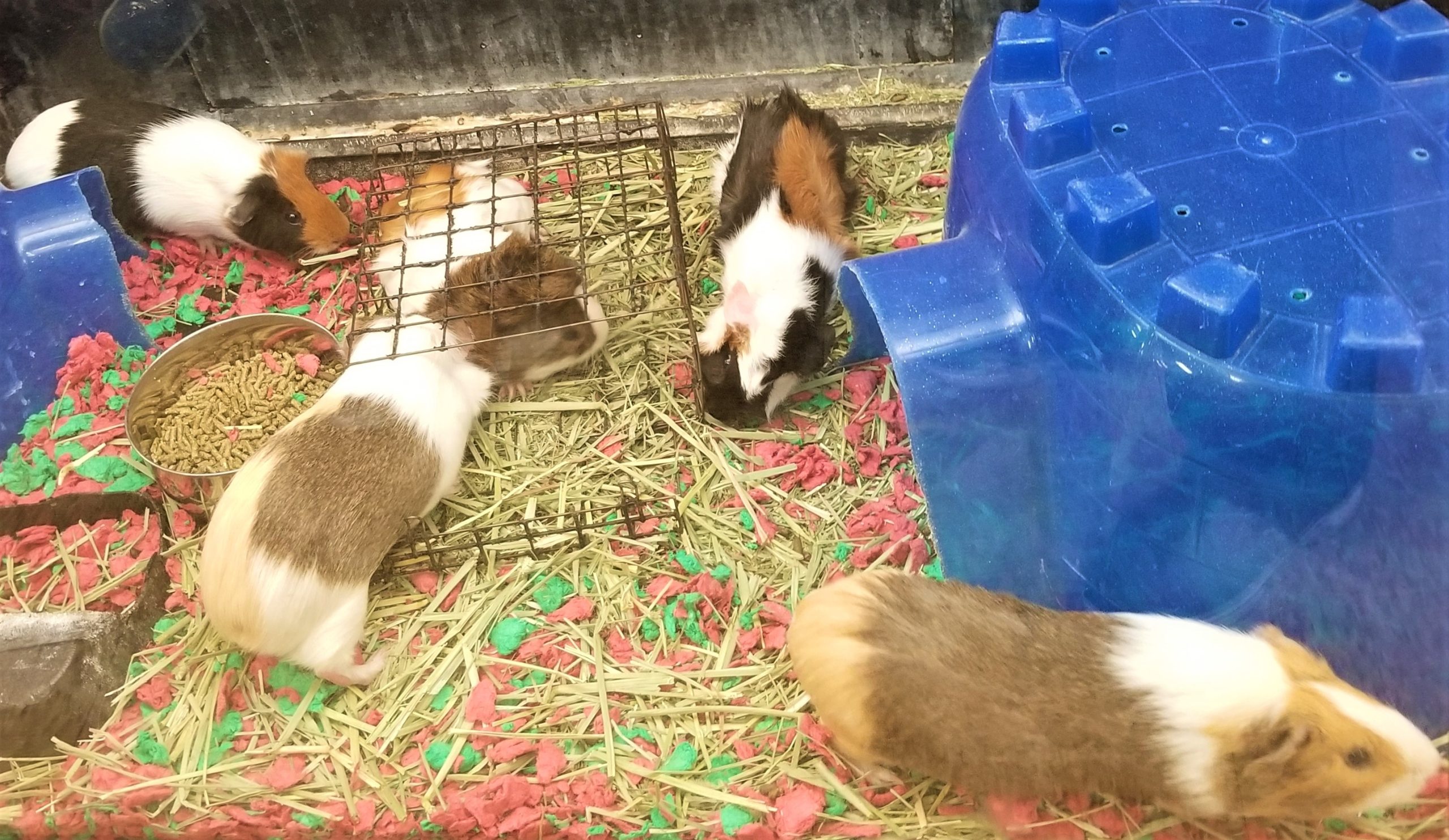 Guinea pigs should always be kept in groups of at least two or three individuals. They are social animals and need company to be happy. They are also prey animals and feel safer in groups. It is essential to know the gender of your guinea pigs to make sure that you don’t accidentally breed a cute but very quickly growing guinea pig zoo at your place.

As a whole, both male and female guinea pigs make great pets. The main difference in appearance is the size. A fully grown male is usually bigger than a female. Females can get pregnant and males tend to be a little braver, but other than that there are not many differences that make males or females better than the other gender.

In the following, you will find all the information you need to decide whether male or female guinea pigs are the better fit for you.

What are the Differences Between Male and Female Guinea Pigs?

The younger guinea pigs are, the harder it is to know the gender for sure. Therefore it sometimes happens in pet stores, that instead of a pair of females or males, you end up with a male and a female. And even though baby guinea pigs are super cute, they multiply extremely quickly.

Males are called boars while females are referred to as sows.

Both genders make great pets, can be kept in pairs, are easy to handle and care for, and have about the same life expectancy.

Here are the main differences at one glance:

It is also very important to say, that these are just general information on the typical “average” guinea pig. Just like any living creature, every individual is different and there is no guarantee, that a certain guinea pig behaves in a certain way.

None of these differences make males or females “better” than the other gender. In the end, it’s just a decision based on personal preferences.

Obviously, females can get pregnant and have babies, and males cannot.

In some cases employees of pet shops tell you the wrong gender or give you a female guinea pig, that is already pregnant.

A friend of mine ended up with a very young, but already pregnant female. A very young female usually only carries one or a maximum of two babies.

The pregnancy and the birth can be complicated when the mother is so young. The guinea pig of my friend had trouble giving birth and she had to rush to the vet for a cesarean section.

Those are rather rare because they are very risky. In the case of my friend, both mother and baby survived.

Fully grown females are usually a little smaller and therefore also lighter than adult males. Other than that the appearance is very similar.

Guinea pigs are prey animals and shy (but also curious) by nature. Both males and females will run away and hide if they suspect any kind of danger.

Some guinea pig owners claim that the males are more curious, and friendly, and tend to bond quicker with their owners.

In my own experience, I found my three females very friendly, approachable, and curious, but since I never owned a male, I cannot really compare them.

Females can be easily kept together in larger groups, while males in bigger groups might start to get territorial and fight if there is not enough space. Due to this characteristic, males usually need a bigger cage than females.

Due to a more active grease gland, male guinea pigs tend to be a little smellier than females. But it is important to say that neither male nor female should be smelly. And if they are, you might need to clean the cage more often or see a vet if the smell continues.

Here is an article on whether guinea pigs are smelly or not: ARE GUINEA PIGS SMELLY?

This question can only be answered by yourself.

Most guinea pig owners that I know of own females because they can be kept in bigger groups easily. But these are just personal preferences and as long as your guinea pigs are neutered or spayed, you can also keep males and females together.

If you choose to have more than two males, make sure that the enclosure is big enough so that they don’t feel like they need to be territorial.

How to Choose a Guinea Pig?

Once you have decided on the gender, you can go ahead to find your pet(s). The best option is usually a local breeder with a good reputation. Breeders tend to care a lot more for their animals than pet shops, and will also give you information on how to take care of your new pets.

Choosing a healthy (and happy) guinea pig is the most important thing. Scrutinize the guinea pig. The eyes should be clear and sparkly, and there should be no discharge from the eyes or the ears. The animal should appear active and curious and have full, shiny fur. Any other condition might be an indication of a medical issue.

Guinea pigs are active during the day, therefore it is safe to choose your new pet at any time of the day.

If you want to know how to bond with a guinea pig, check out this article with lots of ideas on how to bond and spend time with your pet.